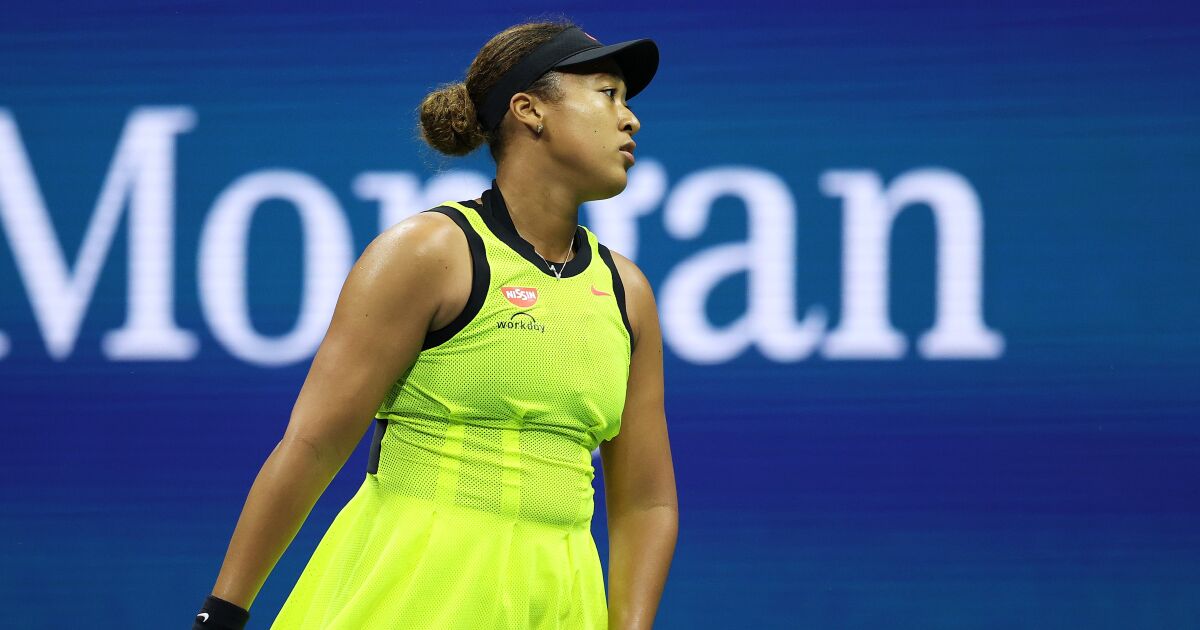 The moderator in charge of the session with reporters tried to cut things off, but Osaka said he wanted to continue.

I feel like because of me recently when I win, I don’t feel happy, I feel more like a relief. And then when I lose, I feel very sad. I don’t think that’s normal

“This is very difficult to articulate,” he commented, resting his left cheek on his hand. “Basically, I feel like I’m at a point where I’m trying to figure out what I want to do and honestly, I don’t know when I’m going to play my next tennis match.“.

Crying, she lowered her black visor over her eyes and offered an apology, then clapped her palms on both cheeks.

“Yeah,” Osaka added as he got up to leave, “I think I’m going to take a break from playing for a while.”

This was the first Slam tournament for the 23-year-old Osaka, since he withdrew from the French Open before the second round to take a mental health break after announcing that he would not participate in press conferences in Paris.

She also stayed outside of Wimbledon, before participating in the Tokyo Olympics, where she lit the cauldron with the Olympic flame as one of Japan’s most famous athletes.

Osaka owns four Grand Slam titles, including the US Open in 2018, beating local Serena Williams in a chaotic final, and a year ago, plus two more on the hard courts of the Australian Open.

When he took a hiatus after Roland Garros, he revealed that he endures a lot of anxiety before meeting the media and has dealt with depression for three years.

For the past week, Osaka has been writing on social media and talking about her thoughts on the importance of self-confidence and how she wants to ignore the expectations of others.

The first sign this Friday that things weren’t quite right with Osaka came when he hit the racket against the court after losing a point. Moments later, Osaka dropped his gear, sending it bouncing and skidding halfway across the net.

Later, she compared that behavior to acting “like a little girl.”

“I kept telling myself that I should be calm, but I feel like maybe there was a boiling point“Osaka commented.” Like, normally, I feel like I like challenges. But recently I feel very anxious when things don’t go my way. “

His game was off. In the end, the New York fans booed her for turning her back on the court and taking too much time between points.

Soon enough, Osaka, seeded No. 3, was out of the picture.

Before the elimination of Osaka, on the same stage at the Arthur Ashe Stadium and with another adolescent as the protagonist, the 18-year-old Spanish man, Carlos Alcaraz also eliminated the third favorite male, the Greek Stefanos Tsitsipas, runner-up at the French Open by 6 -3, 4-6, 7-6 (2), 0-6 and 7-6 (5) to become the youngest man in the fourth round at Flushing Meadows since Michael Chang and Pete Sampras in 1989.

Osaka entered the court on a 16-game winning streak at the Grand Slams. Even so, Fernández stated: “Just before the game, I knew I could win”.

The Japanese tennis player, who could not close the second set when she served for the victory, with 6-5 against the left-handed Fernández, has not played since Monday. The usual day-to-day rhythm at Slams was interrupted because the rival Osaka was supposed to meet in the second round, Serbian Olga Danilovic, withdrew due to an illness not related to COVID-19.

“I had never had a match without playing in a Grand Slam because the rival did not show up, so it was definitely a really strange feeling“admitted Osaka, which in the end also turned out to be the most surprising elimination of the night and perhaps the entire tournament.

The rest of the favorites, led by second-seeded Belarusian Aryna Sabalenka, who won 6-3, 6-3 over American Danielle Collins, twenty-sixth seeded, executioner of Spanish Carla Suárez Navarro, achieved the pass to the round of 16.