I believed in Elon Musk; Now he only has his palm trees left 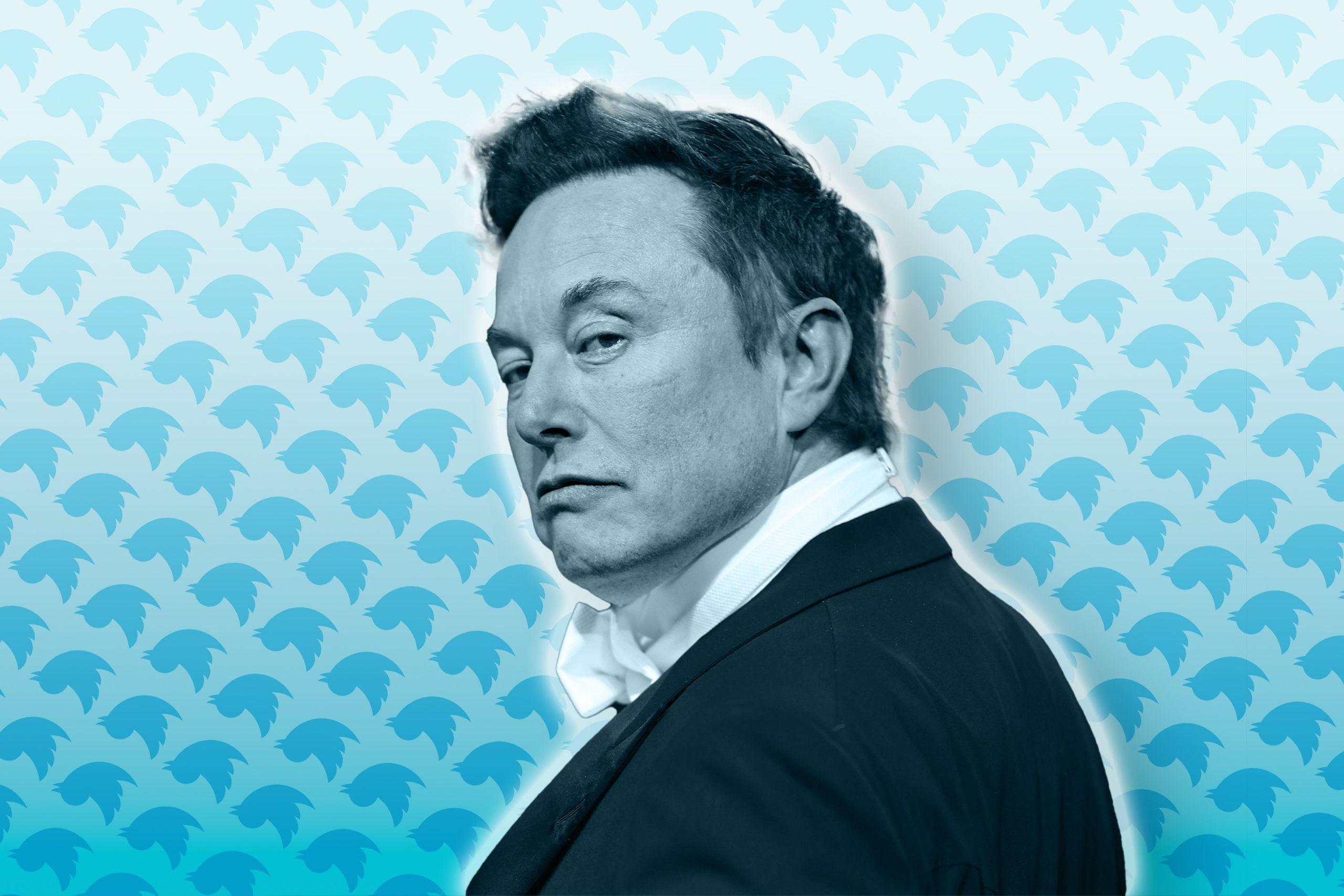 I celebrated when Elon Musk made an offer to acquire Twitter. Others raised their hands to their heads and were quick to write how harmful it would be if a millionaire, who no longer had the same opinion, wanted to “liberate Twitter.” For them, free speech was dangerous; for me, essential. I wanted to be able to say or discuss anything on Twitter without fear of being censored.

Why should the account of a user who wants to discuss the best way to run vaccination processes be restricted? For whom was it really dangerous to share that they had found a laptop that appeared to belong to the son of a US presidential candidate.? I don’t believe in censorship. I defend that bad ideas are fought with good ideas, not with gags.

I understand how fast lies spread online and how dangerous they can be. But I consider it more dangerous that someone decides what is true and what is false for us or what can and cannot be said in order to “protect” democracy. That is precisely what threatens democracy.

Index hide
1 The liberator against the oligarchy
2 His role as provocateur
3 Musk ended up doing the same as the others, but worse

The liberator against the oligarchy

I saw Musk as a liberator. I was going to enter by force – that of money – to put an end to a directive that, in my opinion, censored tweets that should not have been removed and that had not been able to make a profit to an essential service in my working life.

Why would I be shocked? I thought a change was needed. And I couldn’t think of anyone better for the position and who had the necessary resources to do it. Musk was the quintessential businessman: brave, fast, dedicated, and a born troublemaker. I liked him and I was with him. I believed in him; I believed in Twitter.

Seeing certain media and sectors of the population, a counterpower, rage because the powerful were losing their power made me deeply saddened. I didn’t get it. Everything was taken out of context and an attempt was made, in my opinion, to manipulate public opinion with delirious pieces about how freedom and democracy were going to become extinct because now they couldn’t censor what they didn’t like. Freedom of speech did not mean freedom to praise Adolf Hitler or incite violence.. Musk only wanted to end political censorship and for no one to unilaterally delimit what is truthful or what is harmful. At least, that’s what he saw.

I think Twitter needs good engineers, not more moderators. I advocate that everyone express what they want and be responsible for what they read. With algorithms, users don’t have to read what might offend or upset them, and those who do will be able to express themselves freely. If you want to say that the Earth is flat, I think you should be able to. It is more dangerous to censor you than to ignore you. When you censor, you make others wonder why you did it and give renewed strength to those you censored. The persecution suffered by the first Christians founded their later hegemony.

When he took power and the purchase was made effective, I continued to defend Musk’s decisions, because I believed in them. The layoffs seemed to me the most appropriate decision because I see it as more appropriate to have a small team of engineers devoted to one hundred percent, than a diverse and large team of people in charge of meeting and censoring what bothers them in the name of “security”.

And everything went well, despite the catastrophic predictions of those who were “very concerned” as users for no other reason than their beliefs and political ideas. Twitter did not shut down, as “disinformation” experts erroneously predicted; neither was hate speech triggered, as the activists claimed to reaffirm their beliefs; and even, according to Musk, activity on the social network increased. Everyone said that it was going badly, but I saw that everything would start to go better and that it could even go great.

I liked the new leader. I recognize it. I know he made some stupid decisions, like checking every kid next door to pay the eight bucks, but he was quick to rectify it and new things were added every week. I liked seeing changes constantly without fear of making mistakes. I think it’s the best for a stagnant service like Twitter. All the media were talking about him, even if it was to criticize him and point out how stupid he is. It seemed to me that he was getting what he wanted. Musk is a born provocateur and a narcissist. But he believed that he was compatible with the idea of ​​”liberating Twitter.”

His role as provocateur

Musk he was behaving like Julius Caesar or Napoleon. He wanted to be recognized as the powerful man who sided with the people against the establishment. He dreams of taking on that role because he wants to be loved or hated, and he knows that he needs to create conflict for his venture to come to fruition. I was with him, I like provocateurs and I believed in what I was doing. No matter what mistakes were made along the way, everything would end well and show that you can have an uncensored and profitable social network. Or so he thought, despite the bad omens and bad little decisions.

Until the power intoxicated him. Musk has begun to lead for his own benefit, and the liberator has become an absolute monarch in just a few weeks. The ardent defender of free speech discovered that free speech is really dangerous. He experienced firsthand the risk suffered by everyone he mocked. For the first time he understood that someone could freely say where he was physically, something legal and protected by the First Amendment, and that this put his integrity and that of his loved ones at risk. He didn’t like it. He felt threatened and created a rule not to reveal the location of anyone in real time within Twitter.

Read:  SpaceX cannot expand its base for environmental reasons

The new norm is not bad, and it can be debated if it is the most appropriate or not. The problem is that he did not enact it because he believed it was the best for everyone, but because it was the best for him. That’s why he did it as soon as he felt in danger, and not before. His argument is precisely the one they used to censor anti-vaccine propaganda or other tweets that, even if they are legal, can cause dangerous situations for their users. Why? Because it’s dangerous! Being a “free speech absolutist” means defending free speech even when it is dangerous or detrimental to your own interests, not just when it suits you. Musk had just realized that running a social network was harder than he thought.

Musk ended up doing the same as the others, but worse

Barely a few weeks in power and he already began to do the same thing that the previous directive did. But, to make matters worse, only for their own benefit. He censored not to defend the vulnerable, but to save his own ass.

At the first scare, the “absolutist of freedom of expression” he became an absolutist of himself. Even worse was his second maneuver: censor their critics and then legislate as justification. This is what he did with Taylor Lorenz, a journalist for the Washington Post. It was suspended without explanation until, after a few hours, and while the FIFA World Cup final was taking place in which he was present, Twitter announced a new clause in its terms of use that limits linking to other social networks such as Instagram, Mastodon, Facebook etc. claiming that it is promotion of competitors.

Said clause is the one that the journalist allegedly raped, who had a tweet on his profile with links to his other social profiles (such as Instagram, Substack, YouTube, etc.). But his account was banned before the rule was made public, as was the case with the ElonJet account, which revealed the location of his private jet.

Musk censors what he doesn’t like and then seems to ask his employees to make a rule that justifies it. Is this how he governs himself? The liberator ended up acting like the most pathetic and clumsy of dictators.

I admit that it was funny to see journalists who defended censorship get censored and become staunch defenders of freedom of expression as soon as they were suspended. Welcome!

Days before, he unfollowed and publicly rebuked Bari Weiss, a well-known liberal journalist who publicly supported him for saying that she believed in free speech and that she believed it was wrong to censor journalists. In other words, Musk only wants to listen to whoever agrees with him 100%, not 99% if he wants to. He has become a cornered dictator who no longer trusts even those who want to see him succeed. The slightest constructive criticism is seen by him as an attack. He only wants clappers, and that is synonymous with failure.

In Ancient Greece, tyrants were liberators who gained power through force rather than lineage. Although now the word has a negative connotation, in the past it was not like that, because the inhabitants of the polis saw it as just being governed by the strong instead of an oligarchy by blood right. Some were even acclaimed, until power, and the way to keep it, made them govern worse than the oligarchy they overthrew. The same thing has been happening throughout the history of Europe up to the present day, only now we have businessmen instead of military geniuses.

The most bloody thing is that Musk’s decline has lasted 10 weeks, not 10 years, and on top of that we have seen him rigorously direct because he himself has been publishing his blunders intoxicated by his narcissism. The new Caesar loves applause. Even to step back, he does so as a child with a ridiculous survey, and not as a man worthy of power, if ever there was a man born for it.

Taking surveys to make decisions is not always the most fair; but wash your hands like Pontius Pilate. He does it that way when it suits him. Until he doesn’t like what they decide because, after losing his own poll, in which users voted for him to leave office, he has continued tweeting normally as if nothing had happened. The car and rocket genius is a little boy; when he loses, he flips the board.

I believed in your goals and your abilities, Musk, but I’m sorry that you were another mistake to learn from and another example of how easily laudable ideas and objectives are corrupted when the ambitions and fears of a single person come into play no matter how big as this is.