Hydrogen has been a theoretical alternative to the combustion engine for years. On tractors it is already practical

By EzraSeptember 7, 2022No Comments3 Mins Read 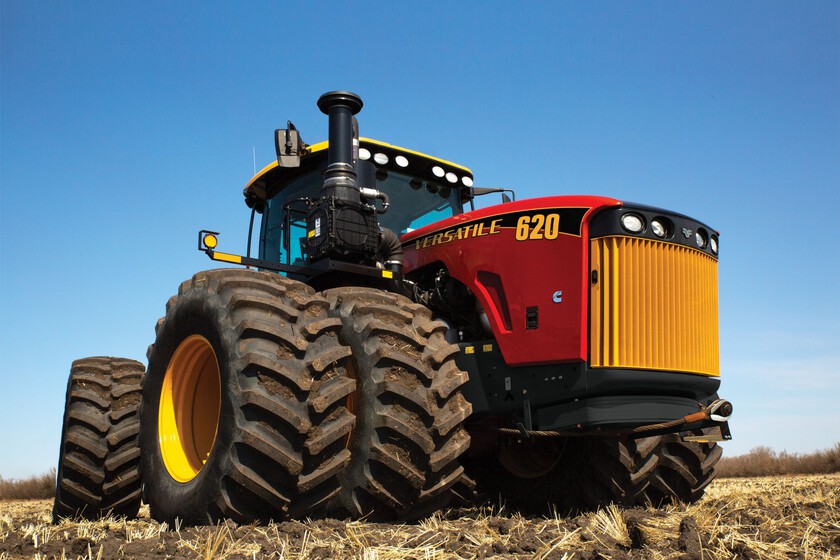 The decarbonization of the agricultural sector is getting closer. Although it is true that the heaviest machinery (such as large tractors) makes the electrification that the car is undergoing very complicated, for example, hydrogen engines are presented as a completely practical zero-carbon solution. And with the same level of performance as today’s diesel engines.

In fact, the first hydrogen-powered tractors are arriving little by little. And its maintenance is relatively simple.

The project. After years of experimentation, the results have already arrived. Or perhaps it was a matter of the union of three important companies for one of the most ambitious projects in the agricultural world. Two hydrogen engine manufacturers, Cummins and Buhler, have signed an agreement to put the 15-litre Cummins X15 engine into Versatile’s larger tractors.

The objective? Decarbonize heavy machinery. Although these will not be the first tractors in the world to use hydrogen, they do represent an important step towards the energy transition in the field.


The advantages. The main one, of course, is to reduce carbon emissions. In the combustion of hydrogen, no hydrocarbons or carbon monoxide are released, and no particulate matter. As discussed in this Hybrid and Electric article, nitrogen oxides are emitted, although in very low quantities (and they can be further reduced with the AdBlue systems that are already incorporated in all modern tractors).

The features will continue to be the same as those offered by the diesel engine in terms of performance, allowing it to be used in high-load and high-use vehicles (very long hours), since they offer decent autonomy and a short refueling time. That is, they do not sacrifice the farmer’s productivity. And the best: the cost is viable.

Read:  HAV Hydrogen bets on transforming old ships so they can use hydrogen

Easy maintenance and repair. The good news is that diesel and hydrogen engines share many components, making hydrogen power technologies easier to implement in existing applications. In addition, the fact that many parts are the same allows costs to be reduced and it is easier to repair and maintain. The only differences are above the cylinder head, in the injection, while from the cylinder head down they are almost identical engines.

Which tractors will be the first to use this technology? Hydrogen-powered X15 engines will be mounted on the most powerful tractors in the Versatile range: the 530, 580 and 620, which until now used the Cummins X15 diesel. Some of the vehicles that mount Cummins engines, among others, are some Case IH and John Deere tractors, trucks from Volvo, Peterbilt, International or Mack, industrial machinery from JCB or Komatsu and even on some drilling rigs and ships. Soon, these too could see a change in their engines.