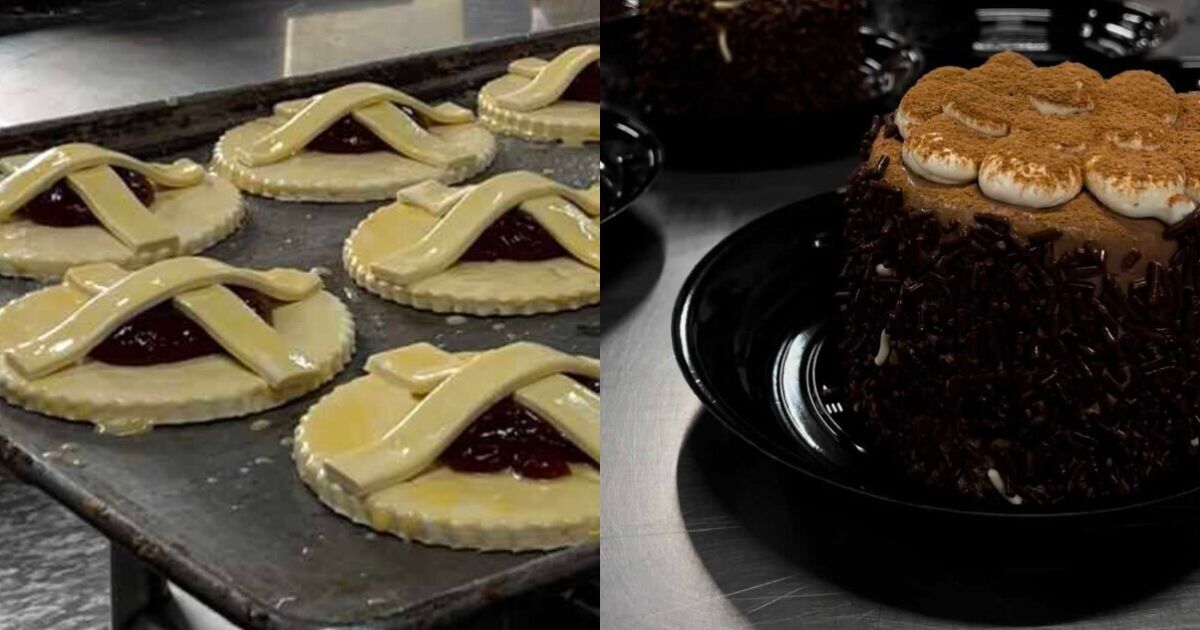 An example of this are the patisseries Hopea family business that he started Francisco Javier Juamperezalong with his brother Pedro, and whose enterprise was born in 1975, located in the Escuadrón 201 neighborhood, in the Iztapalapa mayor’s office, one of the popular areas of Mexico City, which still exists, although it is no longer the only one, since the brand has already spread throughout the Republic.

Expansion was able to go to one of the branches to learn how breads, cakes, baguettes, and other culinary offerings that delight Mexican palates are prepared.

Located in a corner of the Chapultepec area in Mexico City, this Seville branch that opened on June 18, 2020, and with just two years of being operational, is already within the taste of the people who work and they live in the surrounding areas, according to the employees.

They say that love is born from sight. And yes, the pupil is filled with the colors of the cups with fruit, the mini cakes, the maple donuts and more, that it is difficult to choose the options that will satisfy your hunger or craving for bread when entering the establishment.

The host Brandon Gerardo Melendez assures that the pastries are within the taste of the clients, although in general, all the bread is well accepted, says the young man that among his functions are to accommodate the bread, serve the client, make orders, a A little of all.

Teachers who delight your palate with their hands

Going up to the two kitchens of this bakery, the smell of butter, fruit, rolls, invade the sensations and whet the appetite, the first one we find in one of the kitchens is Luis Ángel Antonio Aguilar, who is in charge of the elaboration of white bread, bolillo, telera, ciabatta, bar, pizzas, ham rolls and combs.

“I started as an apprentice, they taught me and they sent me here, says the 26-year-old while his hands are full of flour.

Read:  How a meme has plunged Costco stock

A few steps ahead is Federico Cruz Hernández, the pastry chef, who is in charge of making the croissant, the rich chocolate, peach danish, cheesecake, who during the talk confesses that what he likes to make the most is cheesecake danish, in these He has been in this position for eight months.

“I feel happy, for example, I have a client who calls by phone some mornings to place his babka orders. I do it and I give it to him”, he expresses proudly.

“I have always worked in La Esperanza bakeries. They give us quite a few courses a year, they train us continuously. It is a great satisfaction, it fills me with pride to see how the bread sells quite well, because the largest production is sweet bread”, says Eleazar Betanzos Flores, a master biscuit chef, who joined in 2010 and later, after a brief retirement, returned in 2014.

Even though that him founder Francisco Javier Juamperez He died on June 7 at the age of 73, it seems that his legacy of making bread with quality ingredients has persisted, even, they already have their own brands of milk, water, flavor essences for jellies, etc.

The essences with the company’s brand are placed on the plate of the gelatin master, Manuel de Jesús Santiago, a young man from Oaxaca, who shares that when he goes to his state of origin he decides to pamper them with jellies, similar to those prepared in his work.

“I started as a waiter and little by little I was checking what I liked, I liked the jellies area and I asked for an opportunity because I wanted to improve myself, they gave it to me. The jelly that I enjoy making the most is mango, passion fruit, even when I go to visit my relatives in Oaxaca I prepare the jellies that I make here in La Esperanza, I buy the ingredients that are needed here,” says the 26-year-old man of age who started working at the age of 18 and whose hands are distributed between cutting fruits for the decoration of the following jelly.