How did it become a hub for food, banking and gas services? 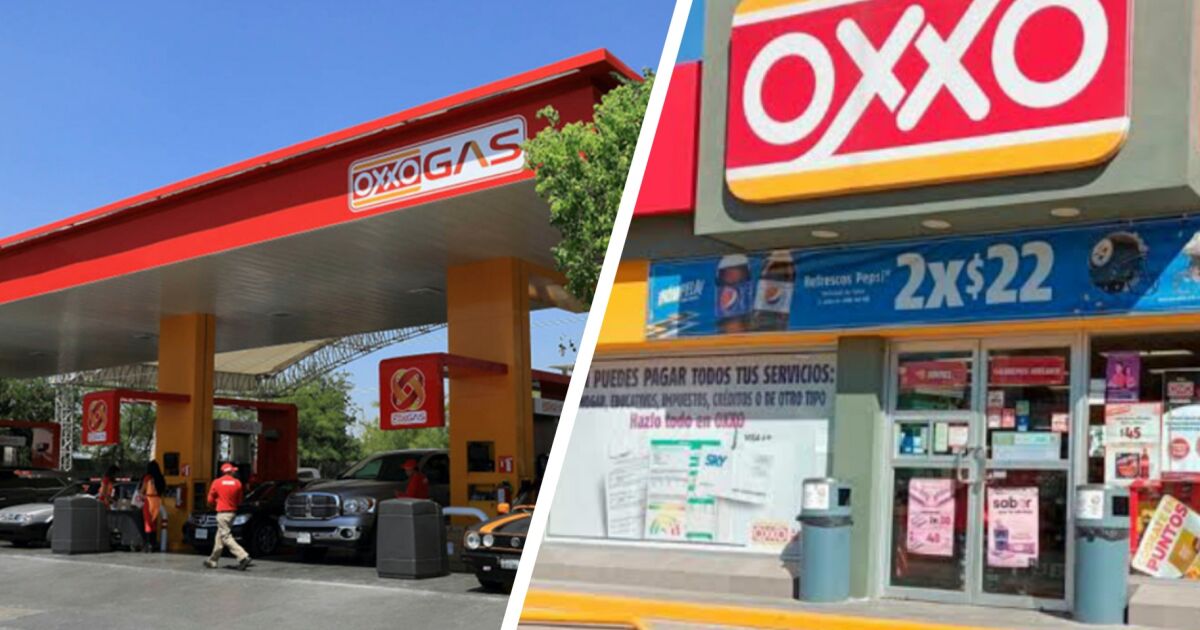 The business of payments, top-ups and bank deposits

Oxxo, which emerged in 1978 in Monterrey for the sale of beer, snacks and cigarettes, began to open its boxes for the Services pay to differentiate itself from its competitors a decade ago. The strategy has worked: the possibility for its stores to be a channel to carry out various transactions after hours other than those of the bank, allowed it to attract traffic to the sales floors.

“The offer of services and correspondents has been key in our mission of simplifying the lives of our clients and therefore continues to grow and innovate. In a single visit to Oxxo, our clients can make withdrawals, deposits, money transfers and pay for home services. Thanks to this, they save time that they can spend on other activities,” Femsa’s communication area told Expansion in an email.

For experts, the offer of Oxxo financial serviceswhich range from the payment of services to deposits and withdrawals from bank accounts, has also contributed to the financial inclusion of Mexicans, even with the limitations on the amount of operations, since it is more likely that in some communities there will be an Oxxo than a bank.

Nearly 80% of cash deposits in the country are made at the cashiers of the chain of stores, according to an estimate by the consulting firm Latinometrics. In addition, it is also possible to pay for services of streamingsuch as Netflix or Spotify, e-commerce purchases, sending and receiving remittances, and paying for services such as phone bills.

In an Oxxo located in the Peralvillo neighborhood, near the center of Mexico City, eight out of 10 operations that are processed in the boxes correspond to deposits, withdrawals or the payment of services. One of the tellers that works there attributes this affluence to the fact that there are no bank branches near this neighborhood, except for the tellers that are in the neighboring shopping centers. What happens in this branch is a sample button of what happens in the rest of the country.

More and more people are looking for alternatives to carry out these operations outside of banks. Partly due to proximity, partly to avoid long lines and reduced hours. In 2021, of the 71% of the population between 18 and 70 years old that used a financial channel, 43.9% did so through a banking correspondent, that is, a commercial establishment, 4.1 percentage points more than in 2018, according to the Survey National Financial Inclusion (ENIF).

The percentage is still below the use of ATMs, which was 52.1%, but it is above attendance at bank branches, which stood at 41.5%.

Although the company does not detail what percentage of its income is obtained from the collection of the commission for the payment of services, Carlos Hermosillo, an independent stock market analyst, points out that it is an interesting source of additional income with a good margin for the company. “Although they are not the dominant flow for them, it is a relevant contribution.”

Femsa has not only turned its store business into the main banking correspondent in the country, but has also continued to work to make Oxxo a hub of services: in a single visit a customer can buy groceries, make a phone recharge, pay the electricity bill and even fill gasoline.

Although the gas stations are a separate business from the stores, it incorporates the brand in its name and contributes to generating traffic in the stores, while attracting drivers who make a stop on the road or on some corner within the cities to fuel up.

Read:  A new map of the observable universe reminds us how small we are

The first station was opened in July 2016, after the energy opening in Mexico and the business, called Oxxo Gas, already generates around 7% of Femsa’s income.

The company also closed an alliance with Mercado Libre in 2017 to be able to process payments for online sales and now looks askance at cryptocurrencies. “We are always attentive and analyzing the new forms of payment that exist in Mexico and in other countries and that we could enable in Oxxo to simplify the lives of our clients, always complying with the regulation and guidelines issued by the regulatory authority,” said the company. a Expansion.

This year, Femsa took another step hand in hand with Oxxo by debuting in the fintech segment with Spin, a mobile application that allows you to send and receive money and is linked to the operations that consumers already carry out at their checkouts.

The application, whose deployment began in San Luis Potosí, allows balance inquiries, linking Visa cards and making transfers, and until the first quarter of the year it had 1.3 million active users. The average number of transactions per user is 10 per month.

Analysts expect Oxxo to remain one of Femsa’s top two businesses in terms of revenue. “The division that took the longest to recover from the effect of the pandemic was the beverage division. This year is already going better, and that is why it seems that Oxxo and Coca-Cola Femsa are going to have a very similar participation”, declares Marisol Huerta, stock market analyst at Ve por Más.

The good performance of Femsa’s proximity division is due, according to the company, to a growth of 10.7% in the average ticket and 1.8% in traffic. “These figures reflect a good performance of the meeting category, including beer, snacks, and wines and spirits, as well as the sustained recovery of mobility-driven occasions,” the firm detailed in its financial statement.

In the quarter, revenues from the Fuels business increased 27.7% due to a 9.6% increase in the average volume and an 8.1% growth in the average price per liter. From January to March, Oxxo Gas opened two stations to reach a total of 569.

Oxxo does not stop growing. Not only in terms of new services, but also in geographic coverage, both nationally and internationally. In the first quarter, the latest data available, Femsa opened 69 new branches to reach a total of 20,500 stores in the markets where it has a presence.

After growing in Colombia, Chile, Peru and Brazil, Femsa now has one foot outside of Latin America: the company made public its intention to grow its local business, through the possible purchase of the European company Valora, a company that has 14 brands in countries such as Switzerland, Germany and Luxembourg, among others.

“Once the offer is complete, Valora will accelerate the development of European markets as the retail subsidiary of Femsa’s Proximity Division in Europe,” the company said in a statement.

For Latinometrics, this was a natural move for the Mexican company. “After building Oxxos in every corner of Mexico, the company is turning to the richest region in the world for its future.”