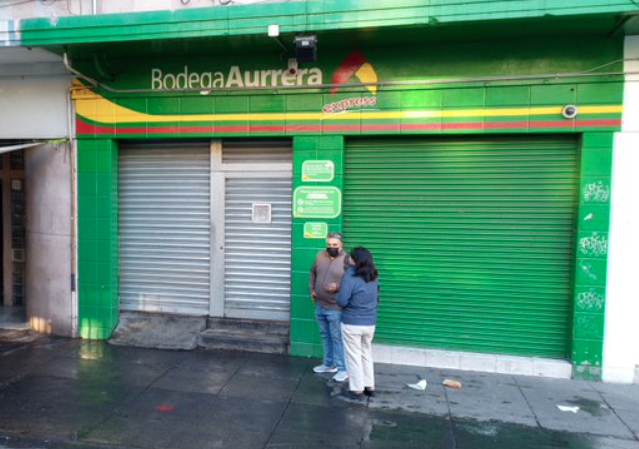 On twitter, an employee of Bodega Aurrerá is accused of discrimination by a consumer who claims to have been unjustly accused.

The digital pulse does not stop, topics of conversation arise every day, which makes clear the importance that social networks have gained today for users and, especially, for brands.

On the one hand, we must take into account what the recent report developed by We Are Social and Hootsuite, Digital 2022, states. which indicates that by the end of last year there were already just under five billion people connected to the network.

Focusing on these latest data, everything indicates that, in the future, the presence of brands could be even more fundamental in social networks, which is why their communication with their consumers is vital to develop convincing strategies.

Now, every day and, practically, at all hours, social networks (Twitter, above all) are filled with all kinds of claims, complaints, comments and thousands of discussions that, in general, seem to have no end.

In a way, this is the experience in the digital world, where everyone can give their opinion of what is happening in the world from the comfort of their mobile device and just by being linked or registered to a platform such as Facebook, Twitter, Instagram, TikTok or any other.

It is so, In the context of the brand-consumer relationship, social networks are, without a doubt, one of the most important tools of recent years; platforms that allow, among other things, to generate diverse conversations and reach higher audience levels.

Yesterday, Twitter was the space in which the claim of a Bodega Aurrerá consumer who accuses a store employee of discrimination was made known.

According to what is mentioned in the tweet, the consumer affirms that she was unfairly accused of theft and that she was even forced to remove things from her bag, despite the fact that, she assures, there was no evidence against her. .

I was #victim from #discrimination and mistreatment at the branch of @BodegaAurrera square #Chimalhuacan. This cashier falsely accused me of stealing without any proof, she made me take things out of my bag and then called the police, while she continued to intimidate me pic.twitter.com/PQ8hLhVrpc

In another post, he reveals that the security guards even checked it and realized that nothing had been stolen; however, the employee continued to insist.

I wish they would train their workers better. Do not buy there if you want to avoid bad times. If your employees keep answering the satisfaction surveys that are for customers, they will never know the real user experience @BodegaAurrera @WalmartMexico
@ProjectNewCh pic.twitter.com/VYrzv3drr0

It should be noted that in the conversation there are a couple of tweets that support the consumer’s version, stating that the attitude of the Bodega Aurrerá employee was not the best.

Read:  Creative director reveals the secret to success in the world of advertising

In the end, the employee is a representative of the brand and, as such, responds to its values, which is why this type of claim ultimately does not give the company a good image.

A graph from Statista reveals that Bodega Aurrerá, belonging to Walmart Mexico and Central America, was the retail brand with the highest value in Mexico according to a ranking published in 2020, the year in which it led the list of Walmart stores with a total of 2,088 branches.

When we talk about discrimination, the issue becomes much more serious, since it escalates into human rights violations. A few months ago, one of the Churrerías El Moro establishments was accused of discrimination.

A consumer denounced on Twitter that she was denied access to the El Moro Churrería because she had a guide dog with her; However, that was not all, since, according to what she reported, in addition to access, they also refused to provide service when a client offered her her seat on the grounds that two people could not be together.

Today at five in the afternoon, I was denied access for going with a Guide Dog to @ChurreriaElMoro https://t.co/l7J4UJymCP

In the end, this only reflects the opinion of the consumer and the conversation that it generates in the digital pulse, Therefore, Merca 2.0 requested the position of the brand in order to tell both versions of the story; however, so far it has not been received. The note will be updated in case of a response.