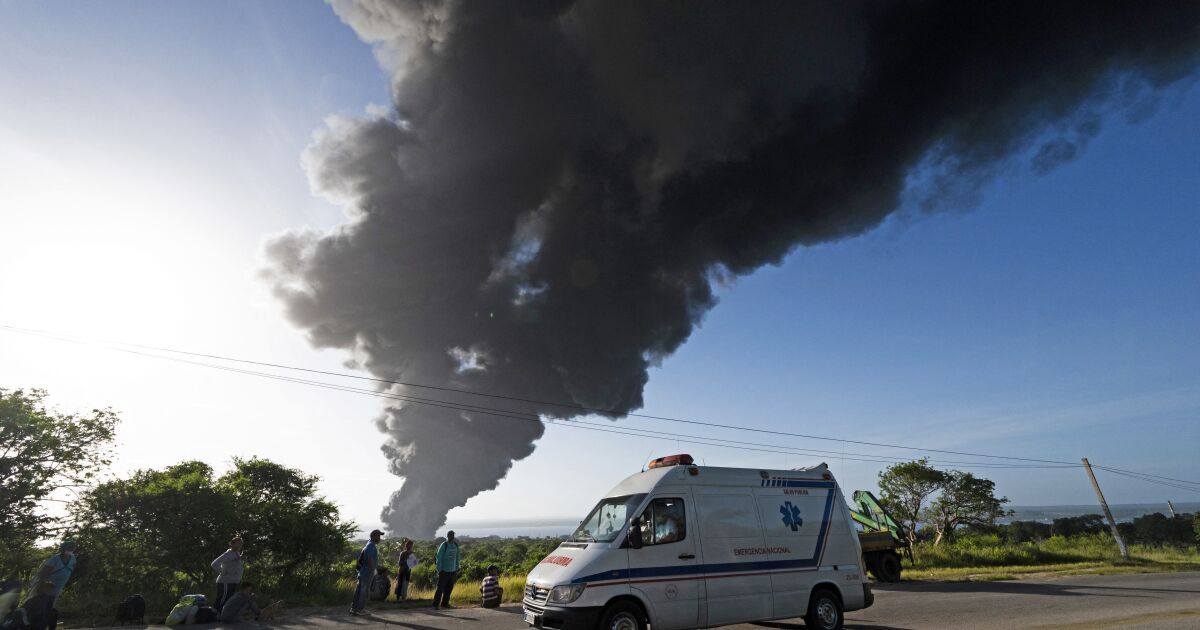 “Apparently there was a fault in the lightning rod system, which could not withstand the energy of the electrical discharge,” according to Granma. The tank supplies the Antonio Guiteras thermoelectric plant, the largest in Cuba, but pumping to that plant has not stopped, the official said.

The fire occurs at a time when the island has been experiencing difficulties since last May to meet the increased demand for energy due to the summer heat. The obsolescence of its eight thermoelectric plants, breakages, scheduled maintenance and lack of fuel hamper power generation.

Since May, the authorities have scheduled blackouts of up to 12 hours a day in some regions of the country. Since then there have been twenty protests in towns in the interior of the island.

Cuba currently has an average power distribution capacity of 2,500 megawatts, insufficient for the demand of households at times of maximum consumption, which reaches 2,900 megawatts, according to official information.

the new machine gun of your dreams