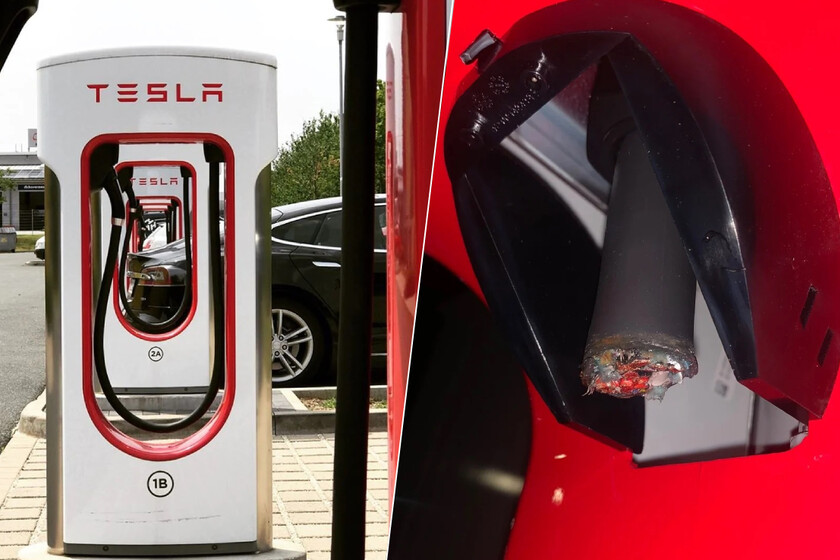 A few months ago, the owners of a Tesla charging station in Oakhurst, California woke up in the morning and arrived at work to find that all the cables on the chargers had been cut and stolen. Subtracting copper is not something new, far from it, but now two ingredients come together to encourage the phenomenon. First, copper prices have increased during the pandemic. Second, the adoption of electric vehicles is growing and Supercharger stations are sprouting like mushrooms in dozens of countries, including Spain.

The thefts. They are becoming more common. As discussed in this Vice article, although charging cables are thick and heavily insulated for safety reasons, they can be cut with the right tools. With a kilo selling for €5 and poor surveillance at most charging points, it’s no surprise that criminals are trying to illegally obtain one of the most important metals for an all-electric future.

Why? Because there is a lot of demand for copper and over the last few years its price has risen. Fast chargers need thick wires to allow electrons to travel in large numbers for minimal charging time. And copper is a perfect material for that: highly conductive, durable and malleable. That is one of the reasons why its price keeps going up.

A headache for Tesla. Elon Musk’s company has suffered the consequences in many of its state-of-the-art V3 supercharger stations, which translates into thousands of euros in repairs. Recently we have seen cases of theft such as East, East either East. Although the company has only commented that, for now, it will limit itself to reinstalling them as soon as possible when this happens.

In Spain. A few days ago, the Association of Electric Vehicle Users (AUVE), showed his concern in this Digital Economy article. “A good choice of the location of the recharging points in central, busy and well-lit areas, as well as the integration of video surveillance cameras are effective factors to contain these forms of lucrative copper pillage”, explained its president, Mikel Agirregabiria.

What is the solution? Try not to leave the car alone when the battery is charging, although, considering that they take a long time to charge, it is not always possible. Another solution is that companies have a person watching, as in gas stations. Although the problem should also be addressed in another way: regulate the sale of copper in scrapyards. For example, that it can only be sold in original format, without cleaning and that the cables are marked with an owner code.