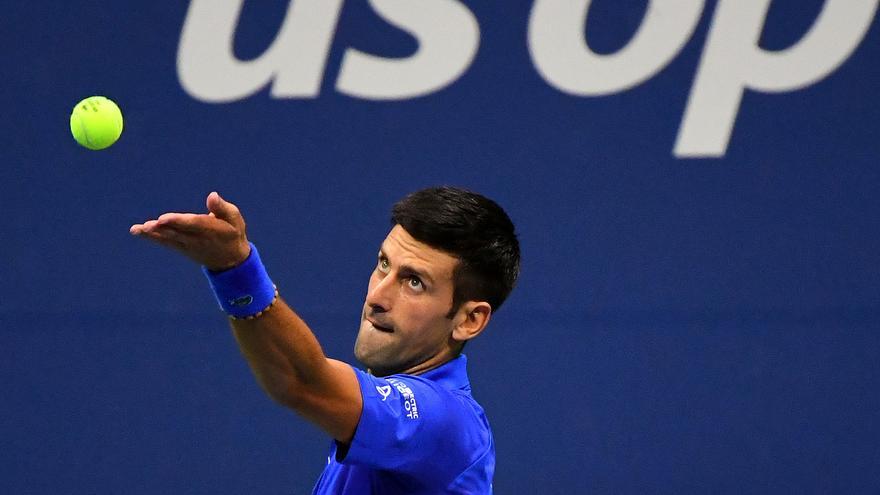 Serbian Novak Djokovic, who beat Austrian Dennis Novak 6-3 and 6-2 and thus secured his team’s first victory in the Davis Cup finals, once again supported another formula for the tournament, with more host countries and a final that, given the possibility of settling in Abu Dhabi, takes into account the economic factor but also “tradition”.

“I have also heard the rumors about Abu Dhabi, but it is not confirmed. Obviously, we have to wait and see. In the Middle East there is a lot of interest in tennis and other sports. The Davis Cup has historically been the most important team competition. There were many negative reactions towards the change of format and i understand“The Serbian explained at a press conference in Innsbruck after their meeting.

“I have said a few years ago that, in my opinion, the format must be somewhere in between. I like the fact that there are now three different countries at least in the group stage. Because no more? Why not have six different countries host a group of three teams? With the change in format, we have lost the possibility that many countries of the World Group host the tie, “he said.

“Definitely would support greater diversity as for the host countries. Then I understand that you want to have the four or eight finalists in a certain place. Now when it comes to location, whether it’s Abu Dhabi or anywhere else, that’s something we have to wait and see, “he added.

“The question is whether you follow the money, so to speak, or you follow the tradition or if you find a balance between the two. I am somewhere in between. I think you have to respect tradition and history and at the same time find new ways to improve the competition, “he said. Regarding his match this Friday, Djokovic was more than satisfied.” It took me some time to adjust to the rhythm. , start passing the buck. The crucial game was the eighth of the first set, 4-3, new balls. I managed to put in a couple of extra returns, get him to play, change the pace. After that, there was no going back. I served well, I moved very well. Overall, a good performance, “summed up the world number one.

Regarding his participation in this edition, he indicated that he is always motivated by playing as a team. “If I can contribute positively on and off the pitch, I will always be available. The captain and teammates know it. The federation knows it. I will try to be available, “he assured.

“We are professionals who have the privilege of practicing the sport, but at the same time we hope to bring some positive emotions to the crowds that come. It is not the first time, I hope it is the last, but I doubt it, that we play in empty stadiums”, he pointed. “There are things much more important than sport. Obviously it is about people’s health and lives. I pray that everyone is okay, “he said.