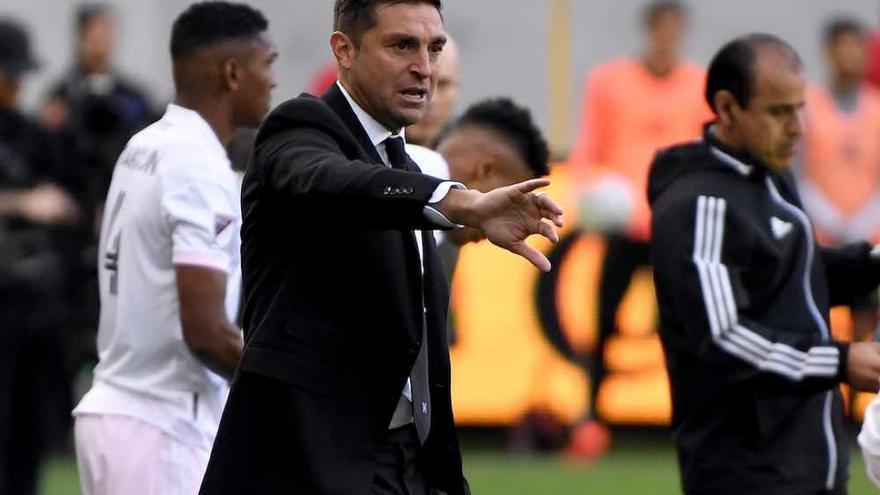 Diego Alonso was appointed this Tuesday as the new coach of the Uruguayan team soccer replacing Óscar Washington Tabárez, who was dismissed on November 19. “The Executive Committee of the AUF (Uruguayan Football Association) appointed Diego Alonso as the new Technical Director of Uruguay,” indicates a brief statement issued by the governing body of football in the South American country.

Alonso, born in Montevideo in 1975, began his career as a coach in 2011 directing his country’s Bella Vista, a team in which he had also started as a footballer. Then he went through the Peñarol of Uruguay, the Paraguayans Guaraní and Olimpia, the American Inter de Miami and the Mexican Pachuca and Monterrey. With these last two, the new Celeste coach won his only titles as a coach. A Clausura Tournament in 2016 and a Concacaf Champions League in 2017 were the trophies he won with the Tuzos, while with Monterrey he also won the most important continental competition at club level in 2019.

Now, the former striker will replace Tabárez, who was fired on November 19 after 15 years at the helm of La Celeste. On January 27, in Asunción, Alonso will make his debut at the head of the Uruguayan team in the match against Paraguay for the South American qualifiers for the Qatar 2022 World Cup. This will be the first of the four games that Celeste will play for that tournament, in the which will also receive Venezuela and Peru, before visiting Chile. At this moment, Uruguay occupies the seventh place in the standings with 16 points, the same as Chile -which is sixth for having a better goal balance-.