Dabiz Muñoz repeats in Madrid as the best chef in the world according to The Best Chef Awards, Joan Roca is third 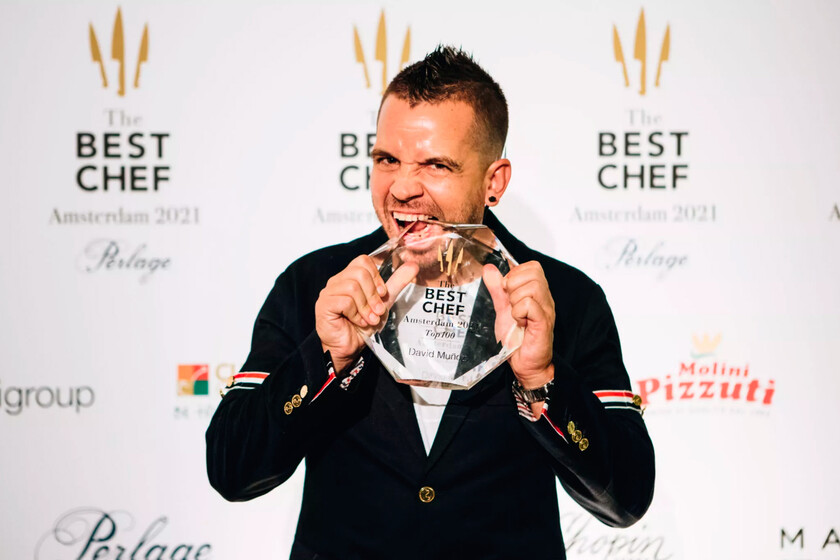 At a gala held in Madrid, David MunozDiverXo chef, has once again received the award for best chef in the world according to The Best Chef Awardswith which it was already raised in its 2021 edition.

the dane Rene Redzepichef of Noma, has won the second prize, and the Spanish Joan Roca, chef of The cellar of Can Rocahas been chosen as the third best chef in the world – last year he was fourth.

This contest, which has been held since 2017, aims to recognize the work of chefs by focusing in his most individual work and not so much in the value of the restaurant they represent, as inspiring figures for the new generations and as agents of change in current gastronomy.

The truth is that we are talking about very recently created awards that have only achieved a certain impact in our country due to the great presence of Spanish chefs in the top ten, something that may be related to the way the award is voted. A panel of 120 journalists, photographers, critics and gastronomes from around the world choose 100 new candidates. Among them we find novice cooks, like Dani García, Ricard Camarena, Paco Pérez or Mario Sandoval. Spain is also the country with the most chefs on this list.

It is these 100 hopefuls, along with 200 other chefs, including everyone in the top 100 from the previous year, who select the winner. We talk a lot about cooks voting themselves. At the gala, presented by Charles Later and that barely 700 people have followed live, there were many more men than women.

The history of the Best Chef Awards

Under the -unhumble- name of ‘The Best Chef‘ was launched this organization with the appearance of a private club founded by the Polish neuroscientist Joanna Slusarczyk and the Italian gastronome Christian Gadau in the year 2015. With the aim of creating a “vibrant community of food lovers”, it was born as a project dedicated to extolling the “many talented chefs who create the best gastronomic experiences around the world”, seeking to create as a “global family of like-minded people who share the same culinary concerns.”

There is no special criteria to be eligible for this top, although it is supposed to be a way of discovering new talents and valuing the work of “modern, leading chefs, capable of elevating food through technology and science, or who leave an impact positive in society with your kitchen.

In DAP | Dabiz Muñoz will move DiverXO to La Finca, the most luxurious urbanization in Madrid where he has lived since 2020
In DAP | Dabiz Muñoz’s gazpacho, already in the supermarket: 16 euros per liter and four times more calories