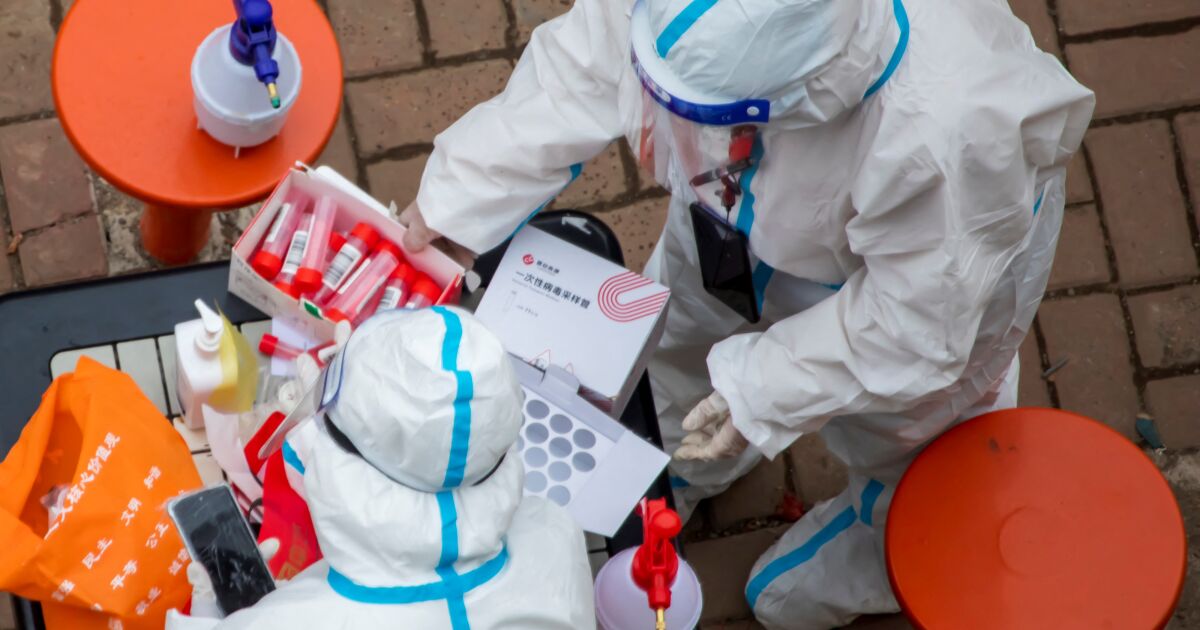 Yanji, a city of 700,000 people on the North Korean border, also went into quarantine. And in the city of Jilin, the inhabitants of hundreds of neighborhoods were partially confined, a municipal official announced on Sunday.

On Sunday, the city reported more than 500 cases of the contagious omicron variant.

China, where the virus was first detected in late 2019, has followed a strict “zero covid” policy with lockdowns, travel restrictions and mass testing when hot spots are found.

However, the number of infections in a country of 1.4 billion inhabitants is small when compared to other nations.

“Emergency response mechanisms in some areas are not robust enough, there is not enough understanding of the characteristics of the omicron variant, and there have been improper decisions,” said Zhang Yan, a Jilin provincial health authority.

The mayor of Jilin and the head of the Changchun health commission were removed from their posts on Saturday, state media reported, a sign of the tough policy imposed by local authorities to fight the outbreaks.

China has so far managed to keep coronavirus cases low thanks to draconian measures, but exhaustion is increasingly taking its toll on the country.

Some officials are now advocating softer measures, at the same time that economists are warning of damage to the economy due to confinements.

“It’s the worst (lockdown) since 2020,” a Shenzhen resident, who calls himself Zhang, told AFP. “Lockdowns are too frequent, my friend woke up in the morning to find that her building had been cordoned off overnight without warning. Her boss had to mail her a laptop,” she says.

Read:  iPhone 13 for Christmas: how many minimum salaries do you need to buy it

Hong Kong, meanwhile, currently has one of the world’s highest mortality rates from the virus, with omicron hitting its mostly older population still reluctant to get vaccinated.

Thousands of expats have also left the city, mainly due to school closures and severe restrictions that have reduced any gathering or movement to almost zero.

Faced with the increase in cases, the Chinese health authority announced on Friday that it would introduce the use of rapid antigen tests, which could indicate a form of relaxation of the Communist Party’s health policy.

Last week, a leading Chinese scientist said the country should try to live with the virus, as other countries have done.

But the government has not ruled out the possibility of resorting to strict lockdowns.