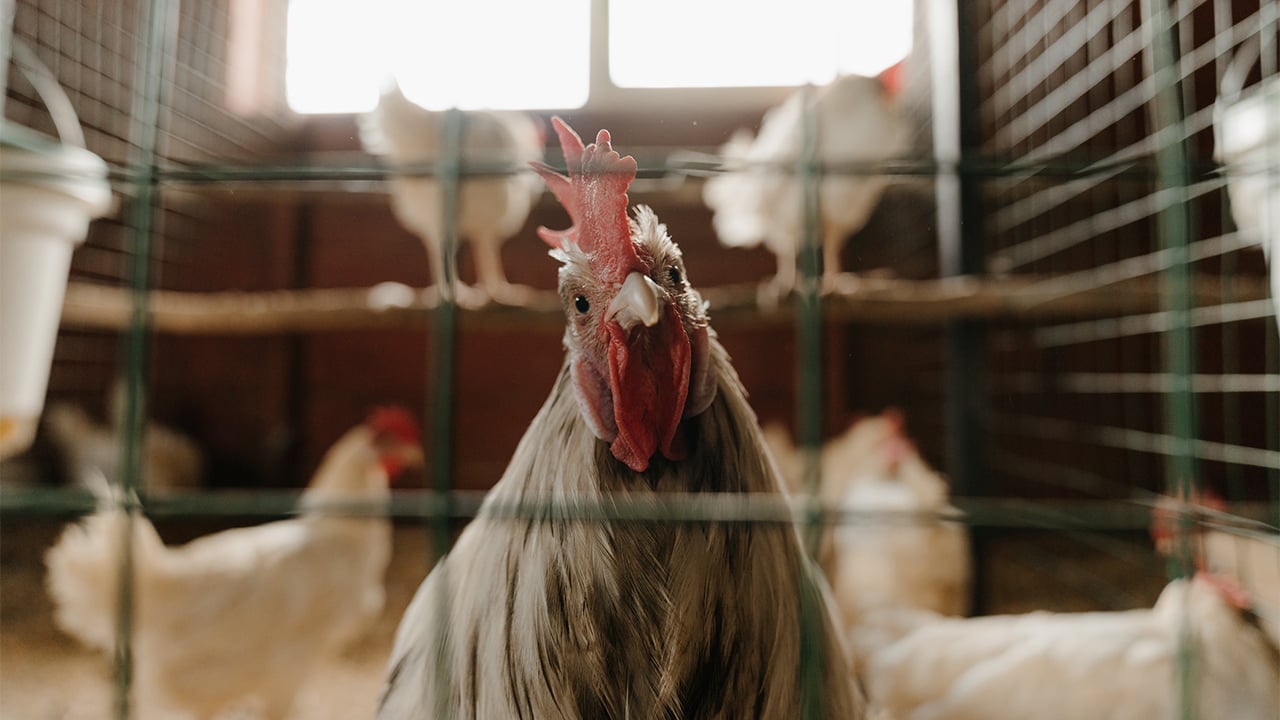 Firebreak, a biotechnology firm, found a way to develop a low-cost pill with antibodies against Covid-19 and its variants, made from chicken eggs.

Chickens, particularly their eggs, could be the new line of defense against the Covid-19 pandemic and the key to achieving the expected herd immunity; at least that is the promise of Firebreak, which claims to have created a low-cost pill with the ability to stop the virus with more than 95% effectiveness.

“Firebreak is a company that uses antibodies in a novel way, what we call antibody barrier methods. The key to this is that we are using antibodies called igy, which are antibodies that come from birds. Those antibodies have traditionally been used in many areas as diagnostic or antivenom historically, but we have created a platform that allows us to use very large amounts of these antibodies to create the physical barrier that prevents infection because the antibodies stay above the pharynx, in the back of the throat ”, says Ravi Starzl CEO of BioPlx and Firebreak Inc in exclusive interview with Forbes Mexico.

Starzl, who founded the company with the expertise of his father Tim Starzl, an American biotechnologist and who co-founded BioPlx, an advanced microbiomy company that develops antibiotic-free methods for the control of infectious diseases, says the initial goal of the technology behind Firebreak was to help control infant deaths from diarrhea in countries like India.

“With the pandemic on we saw the need to change the approach and application of technology,” he says.

To explain the Firebreak concept, Starzl says its antibody technology works like an advanced throat mask.

“We have two levels of protection against Covid-19; the external one which are the face masks, and one that acts at the pulmonary level which are the vaccines, however, vaccines do not fulfill the objective of preventing infection, their function is to avoid hospitalization, what we do with Firebreak is to protect and stop the virus in the throat, before it reaches the lungs, which is where the infection happens ”, he explains.

In this way, when the pill is swallowed, it dissolves and the antibodies remain in the person’s throat. “Antibodies are directed to the coronavirus as soon as they detect the coronavirus protein, when they detect it, they adhere, wrap it like in a kind of plastic bubble and neutralize or eliminate it, so that they prevent it from passing from the throat and causing the infection”.

However, more than the development of antibody technology Starzl says that the true disruption of Firebreak is in its “factory”.

“Contrary to firms like Ily that require investments of billions of dollars to create factories for their antibody drugs and that forces them to sell their treatments in thousands of dollars, we can manufacture at a very affordable cost because our factory is the hens and our product are their eggs ”, he says.

READ:  Bob Odenkirk thanks fans for their support this week

The concept, says the CEO of the firm, is simple:

“We inoculate the chickens and they create antibodies. These antibodies are placed in their eggs and their purpose is that the antibodies in the egg serve to protect the chick from infection early in life before its own immune system is able to fully do so. “

Thus, when exposed to Covid-19 and its variants, chickens develop immunity to the virus that they transfer to their eggs. Firebreak is capable of creating up to 100 pills from a single egg.

“We chose chickens because they are basically dinosaurs, they have one of the most advanced immune systems on the planet and we also have the advantage that being a farm animal we can maintain their production effectively and at low cost,” he says.

Being a pill created from the yolk of the egg, Starzl ensures that the drug is incapable of creating contraindications or overdose due to “taking 100 of these pills is as if you would eat a simple yolk of an egg.”

Firebreak is focused on being taken as an additional protective measure, because according to its CEO, antibodies remain an average of eight hours in the person’s throat.

“The plan is that if someone thinks to go out, be it to work, study or simply for entertainment, they take one of these pills and be assured that even if they come into contact with the virus they have a level of protection of more than 90% ”, he assures.

It also reads: This company wants to treat mild cases of Covid with LED light, yes, like that of the spotlights

The company already has operations in the United States and India, and Starzl does not rule out that Mexico, “given its level of agriculture industry”, is a potential production market.

Firebreak has already presented its results to the FDA and the United States Center for Disease Control (CDC) and hopes to soon begin working with the Cofepris permits to be able to sell the drug in the country.

“Most people have very limited options to protect themselves: they can wear a mask or they can stay away from others. What we are trying to give people is an extra protection tool, I think public health policy has failed to some extent in several countries. So now it’s up to us to try to protect ourselves, ”he says.