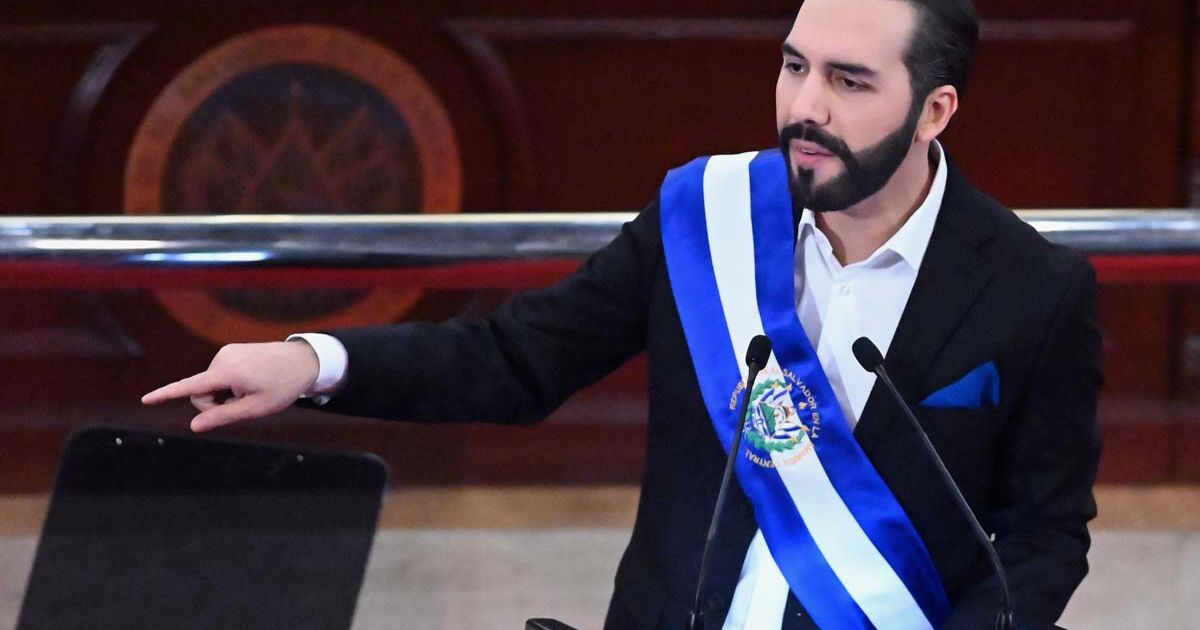 The decision of the Legislative, controlled by the ruling party, restricts free association and assembly, the inviolability of correspondence and communications without a court order, the right to be informed of the reason for an arrest and to have a lawyer from the time of capture.

It also enables the term of administrative detention to be extended for more than 72 hours.

The purpose of the provision “is to facilitate legal tools and mechanisms” for the Police and Armed Forces to “restore order and citizen security and territorial control.”

Bukele, who has already promulgated the rule, clarified that religious services, sporting events and commerce can be carried out normally, which is why “for the vast majority of people, life continues normal.”

Accusations of dealing with gangs

Bukele, a 40-year-old millennial with broad popular support, made security an axis of his campaign and highlighted the improvement in homicide indicators at the beginning of his term.

But in December, the US Treasury Department sanctioned two government officials for allegedly negotiating with gangs to get them to support Bukele’s party, Nuevas Ideas, in the 2021 legislative elections.

In exchange, the gangs obtained government money and privileges for their imprisoned bosses, such as cell phones and prostitutes, the indictment says.

Bukele assured at that time that everything was a “lie” and accused previous governments of having carried out this type of activity.

The decision of the Legislative follows a bloody day on Saturday, with 62 homicides, according to the National Civil Police (PNC), which had already reported another 14 deaths on Friday, also related to gangs.

The Salvadoran Constitution establishes the exception regime, by which some guarantees are suspended, it can be applied “in cases of war, invasion of territory, rebellion, sedition, catastrophe, epidemic or other general calamity, or serious disturbances of public order” .

The opposition deputy of the former leftist guerrilla of the Farabundo Martí Front Jaime Guevara considered that “the current crisis requires good sense, wisdom and not bullying,” for which he advocated maintaining “unrestricted respect for individual rights” of the population.

Bukele assured that “everything (was) within the constitutional framework” so “there is nothing to argue against.”

Read:  El Salvador would fall into default for converting bitcoin into legal currency

“Let them do their job”

The Police and the Army of El Salvador maintained an operation this Sunday in which, according to the PNC, several leaders of the Mara Salvatrucha (MS-13) were arrested, accused of being “responsible for the homicides registered in the last hours.” .

Bukele lamented on Saturday this “new uptick in homicides, something that we had worked so hard to reduce.”

“As we fight criminals in the streets, we try to figure out what is happening and who is behind financing this,” he added.

The president said that the Police and the Armed Forces “must let the agents and soldiers do their job and must defend them from the accusations of those who protect the gang members.”

Bukele asked the Prosecutor’s Office “to be effective with all cases” and warned that he will be aware of “judges who favor criminals.”

Ricardo Martínez, Deputy Attorney General for the Defense of Human Rights, called on the government to “prevent and investigate all acts of violence and apply the full weight of the law, respecting the principle of innocence and due process.”

Bukele is criticized by his opponents for attitudes they consider “authoritarian.” Washington has reproached him for not respecting the separation of powers, having dismissed, with the help of Parliament, magistrates of the Constitutional Chamber and the Attorney General.

“It is urgent that the government protect the population with sustainable and respectful measures of human rights. The security policy must always be within the rule of law,” said Juan Pappier, of the Americas Division of the NGO Human Vigilancia de los derechos.

Last November the country suffered another spike in homicides, which in three days claimed the lives of some 45 people.

The Mara Salvatrucha and Barrio 18 gangs, among others, have some 70,000 members in El Salvador, more than 17,000 of them incarcerated, according to authorities, and operate through homicides, extortion and drug trafficking.