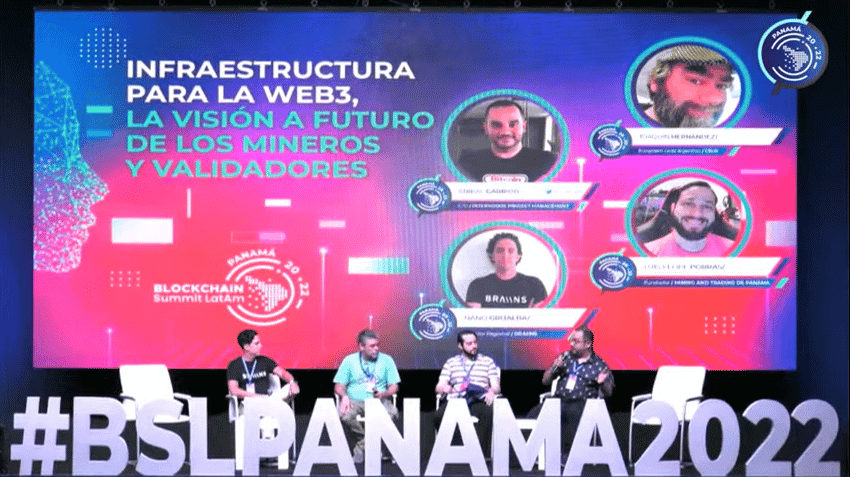 The drop in bitcoin (BTC) prices has made miners see Latin America as an appropriate place to establish operations, leaving aside the United States, which was the first destination for these operators after the Chinese ban.

This is how Fernando Grijalba considers it, bitcoin miner and Braiins business developer for Latin America. According to the specialist, the mining market turned its objective towards this region, where there are countries that are playing an “important role” for the mining industry. She said this in the middle of his participation in a panel during the Blockchain Summit Latam Panama 2022.

According to Grijalba, the mining ban in China, reported more than a year ago by CriptoNoticias, generated a massive migration of operators. They traveled to the US “because the price of BTC justified the payment of electricity prices«. To this was added the legal certainty of that country.

But now, when the price drops and the profitability of mining threatens, there are countries like Venezuela and Paraguay that have shown their capabilities for the mining industry, mainly, “because of energy prices”. “Now, with the current bitcoin prices, the market is going to Latin America,” he said.

According to Grijalba, Bitcoin miners “are the best friends” of electricity producers, because the consumption of the population is not linear, something that does happen with the operators.

Since energy cannot be stored, it is wasted. In an energy-producing country, instead of wasting it, Bitcoin miners enter the scene and use the peaks where the demand is non-existent to mine. That is why we are the best friends of the generators, because we use the network.