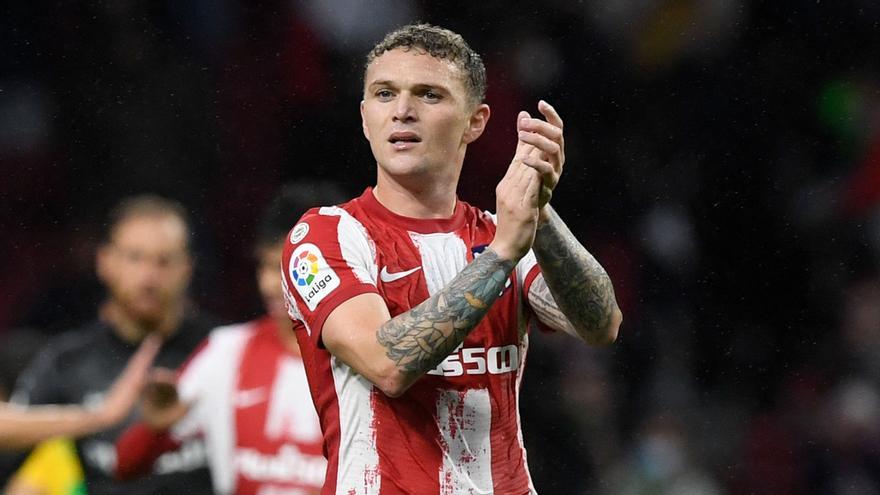 Briton Kieran Trippier, that this Friday confirmed his transfer to Newcastle UnitedHe appreciated his time at Atlético de Madrid and said it was an “incredible experience” and a “once in a lifetime opportunity” to which he could not say no.

“At first it was difficult, but I am not afraid to start from scratch and put myself to the test. That is what I have done in Spain for almost three years. It has been an incredible experience, I am happy I did it. I was able to win LaLiga, I have great memories of a great club that has done so much for me on and off the pitch. Many people with whom I will continue to be in contact for many years. It was a once in a lifetime opportunity that I couldn’t say no to “Trippier said in an interview with Dazn.

After two and a half years in Spain, under Diego Simeone, Trippier has signed for Newcastle for about 12 million pounds (13 million euros). “I feel like I’m much better than when I left Tottenham, because Diego Simeone is a great coach. It has helped me defensively and I feel that I have matured a lot since I arrived in Madrid. I have played with great players and he as a coach is incredible. It has been a pleasure and a privilege to play for him, “added the Englishman.

In addition, Trippier recalled his best moment with the Atlético de Madrid shirt: the conquest of the Spanish League last season: “Winning LaLiga is difficult against Real Madrid and Barcelona and there are also good teams like Villarreal or Sevilla. I think we started the season very well, we played very well. In the last three games, it was tight, we won it in the last. It is a moment that I will never forget, “he said.

Read:  Can they prevent you from renting with your pet? The new reform says nothing about it

Malenia, Radagon or Godfrey help you thanks to this mod

They reveal how they place cameras in rooms