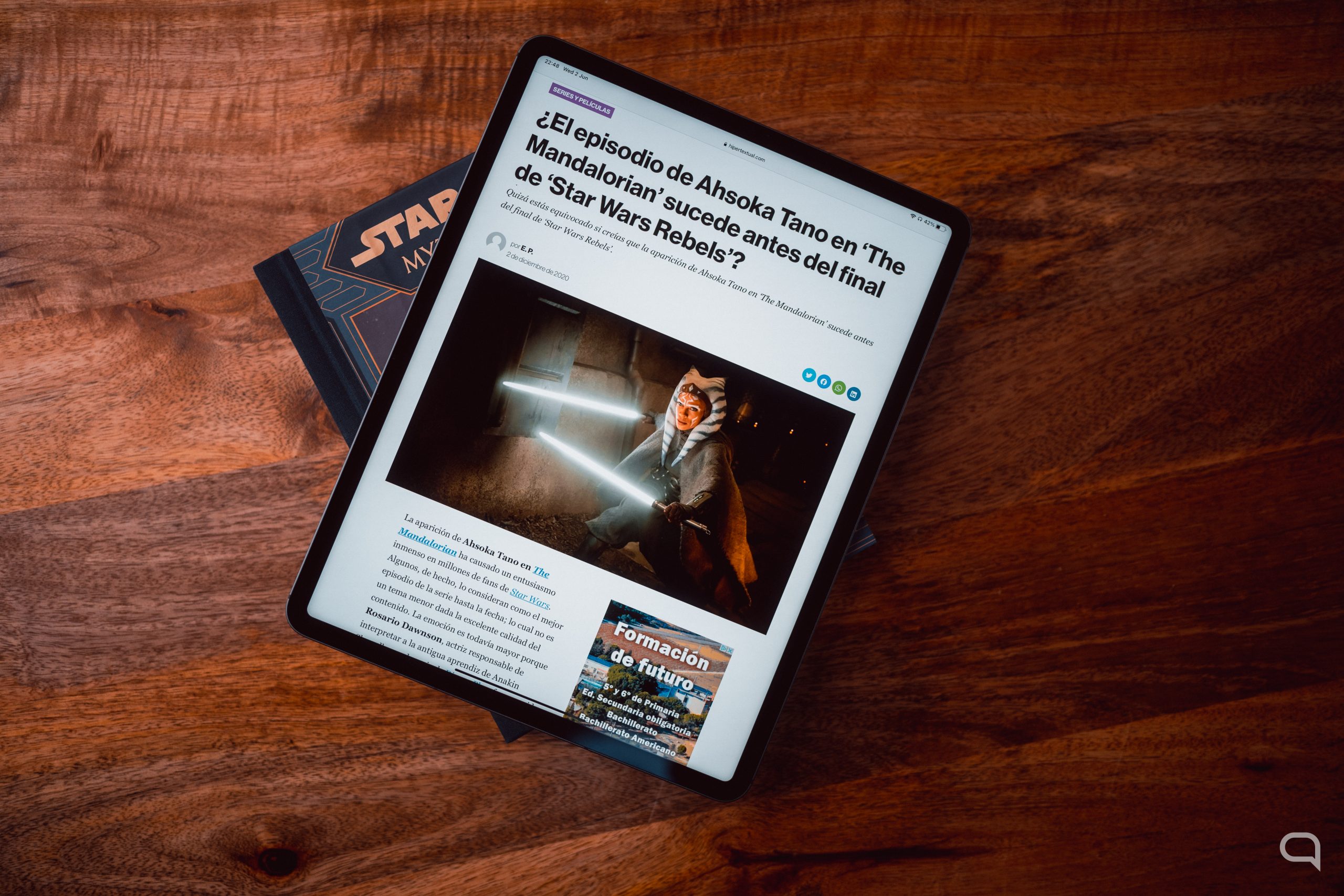 If recent reports are correct, Apple will not hold its “usual” October event. However, this does not mean that they will not present any products. According to Mark Gurmannjournalist from Bloomberg and one of the most trusted sources on future Apple products, the company plans to announce the new generation of the iPad Pro in a matter of days. The aforementioned also advanced the news that we can expect from the device.

The next iPad Pro, which will again be available in models of 11 and 12.9 incheswill hug the chip M2. In other words, the same one that we currently find in the MacBook Air and in the entry-level model of the MacBook Pro. Thanks to the aforementioned component, Apple’s new tablet for professionals will be a 20% faster than its predecessor with M1. It may not be a significant jump, but you have to consider that the 2021 iPad Pro already boasted outstanding performance.

However, Regarding the design, Gurman anticipates that there will be no notable changes. The flat-edged chassis will remain, a very distinctive feature of Apple’s latest industrial design language. This, in fact, has already been expanded to the vast majority of devices. So don’t expect the company to jump into another offering any time soon.

In relation to your software, obviously, you will have iPad OS 16, which has suffered some setbacks. However, Gurman indicates that the operating system will be available in the week of October 24.

Other products on the way besides the iPad Pro

Beyond the iPad Pro with the M2 chip, Gurman mentions that Apple is working on other models of the tablet. The most interesting is a entry model with USB-C port. Let us remember that, due to the single charger that the European Union will make mandatory from 2024, Apple and any other manufacturer must align with the standard. While the iPad Pro, iPad Air, and iPad mini have long since embraced the USB-C standard, the input device still hasn’t. Bloomberg mentions that it will be the biggest renewal of this model in years.

Read:  These would be the improvements of the A16 Bionic chip of the iPhone 14 Pro

Also, those led by Tim Cook would be developing a completely new variant of the iPad. The idea would be to introduce a smartHUB with speaker and screenvery much in the style of the recently presented Google Pixel Tablet, whose launch is scheduled for 2023. In this same sector we find the Echo Show 10, from Amazon.

The line of computers is not going to be left behind. First, on the way they come New 14-inch and 16-inch MacBook Pros with M2 Pro and M2 Max chip. The Mac mini will also make the leap to the new processors, although Gurman clarifies that we will hardly see these announcements during this year.

Finally, the source assures that Apple is preparing a new Apple TV with A14 chip and 4 GB of RAM. The HomePod, for its part, would finally receive the hardware upgrade that so many people have been waiting for. But beware, because it will not be a simple speaker. I would integrate an Apple TV and a camera to make calls via FaceTime.

And the mixed reality glasses? Though Bloomberg does not delve into them in this report, they maintain that they will be presented at some point in 2023.