Bullfrag
Home News Alberto Lati began to learn Arabic; how many languages ​​does the... 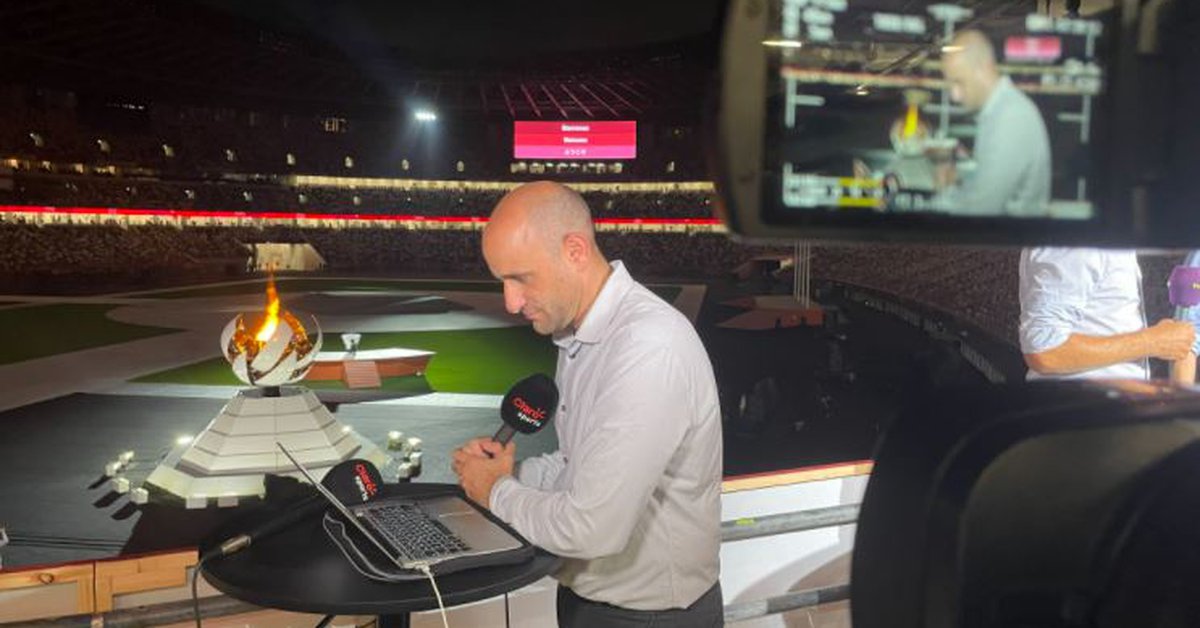 The Mexican sports journalist Alberto Lati will dominate 13 languages face to November 2022. As he said through a video on social networks, he started with learning Arabic.

The member of FOX Sports Mexico it preserves intact its sense of adaptation to the context. True to his custom, he goes beyond the strictly sporting in order to expand his cultural background.

For this reason, he declared that he began his preparation with a view to Qatar World Cup 2022; since he began to practice the predominant language in which he will act as host country in the next great tournament, at the level of national teams, within the football field.

Alberto Lati at the Tokyo Skytree, the tallest tower in the world. (Photo: @ albertolati / Twitter)

Alberto Lati He assured that he understands and executes twelve languages. The Spanish It is his native language, but throughout his career he has learned English, Mandarin Chinese, German, French, Japanese, Italian, Greek, Hebrew, Portuguese, Zulu and recently Russian; derived from the latter World in 2018.

On the other hand, in the comments of the video that he published through the platform Twitter, answered which language was the fastest has learned and the time it took to forge that knowledge.

“In 2005, German. A very intensive month, I think it was four hours a day, five days a week. And I came to live in Munich more or less communicating, “he assured the user @ luisgomez33.

The origin of the growing link between Lati and languages ​​arose after a peculiar encounter with Zinedine Zidane during the Netherlands Eurocup and Belgium at 2000. At that point in his career, at age 21, he spoke only Spanish, English and Hebrew, he said on the podcast. Cracks with Trava Bear.

Read:  How and when will be the playoffs that Portugal and Sweden will have to face to qualify for the Qatar World Cup 2022

He referred that Zizou He left for the interview area after a match. In turn, the French footballer, who had not yet emigrated from the Juventus to the Real MadridHe evaded the questions of television stations in England, Spain and China because he did not speak any of the distinctive languages ​​of those nations. So he Mexican journalist He performed an act that marked him forever.

“I pretended I spoke Italian. I said: ‘ma, what did you think of the party?’ and began to speak. To be honest, I did not understand anything, I did not know what he said. When I realized it, I already had everyone’s microphones, recorders, cameras on top of me. (…) All the journalists want to get on top to ask again, but he says ‘No, no, no’, I’m talking to him. (…) I ask him ‘ma, he is in his best moment’, trying to sound Italian, Argentine, go know and he answers me. (…) That day I understood that I had to speak languages, “he said.

This is how they received Checo Pérez in Dallas days before the Mexican GP
With Raúl Jiménez on the pitch, Wolverhampton managed to overcome Aston Villa at the last minute
Grand Prix of Mexico and soccer stadiums with 100% capacity after the green traffic light
Formula 1 calendar in 2022 will respect the start of the Qatar World Cup