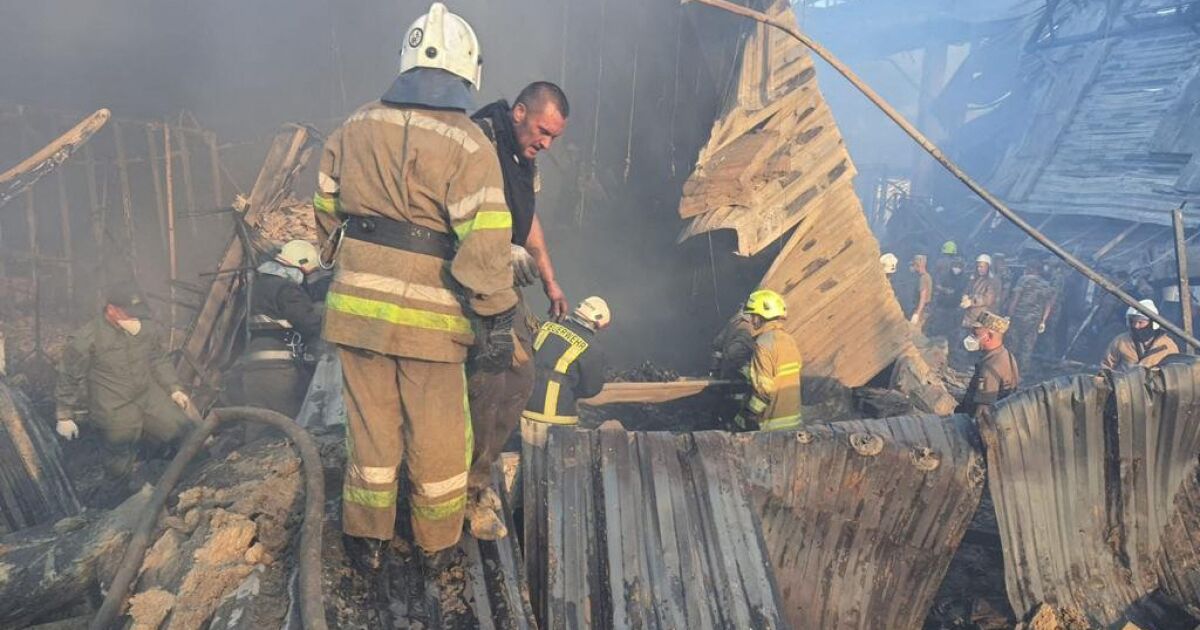 In his message, Kruk stated that his teams were working “intensely” on “rescue work, debris removal and firefighting” and that “they will continue day and night.”

Ukrainian President Volodimir Zelensky denounced the action as “one of the most brazen terrorist acts in European history,” he said in a video posted on Telegram.

Previously, the president had explained that “the occupants fired a missile at a shopping center where there were more than a thousand civilians. The shopping center is on fire and the rescue teams are fighting the fire.”

He accompanied his message with a video showing the mall on fire, engulfed in large clouds of smoke, with fire trucks and a dozen people on the scene.

In other images released by the rescue services you can see the charred remains of the building with firefighters and cleaning staff working.

According to the Ukrainian Air Force, the shopping center was attacked by Kh-22 anti-ship missiles fired from Tu-22 long-range bombers from Russia’s Kursk region.

“The missile shot at Kremenchuk hit a very popular place that was completely unrelated to the hostilities,” Vitali Maletsky, mayor of that city, said on Facebook.

Dmytro Lunin, governor of the Poltava region, where the city that had 220,000 inhabitants before the war is located, a “war crime” and a “crime against humanity”, as well as an “undisguised and cynical act of terror against the civilian population”.

Read:  Zelensky implores the US Congress for a no-fly zone over Ukraine

Delegate and be free and rich