A group of billionaires held a party at Dracula’s castle. Now Romania wonders who

By EzraNovember 2, 2022No Comments4 Mins Read 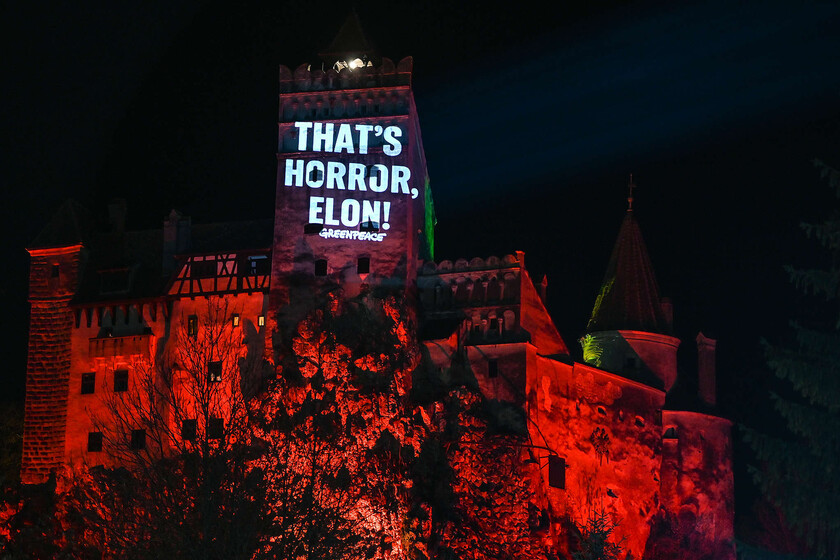 Of all the spooky places you could spend Halloween night, it’s hard to find something more epic than Dracula’s own Castle in Transylvania. Perched on a hill with its gloomy surrounding forests and mountains, the place that inspired Bram Stoker to write his famous novel has become the center of a controversy in Romania these days with the rich and famous implicated.

Apparently, the castle that during the pandemic also served as a vaccination center has now become a playground for millionaires holding private parties during Halloween and that has not pleased locals and different environmental groups.

Over the weekend, several Romanian media outlets were buzzing with rumors that billionaires and celebrities were hosting a private Halloween party at the castle. Celebrities ranging from Elon Musk, Angelina Jolie, Silicon Valley millionaire Peter Thiel and Google co-founder Segrey Brin were rumored to attend.

The news generated some controversy in the country that resulted in a local Greenpeace organization holding a protest at the castle where banners were raised with the messages “SOS Carpathian Forest!” and “Tweet that Elon!” On reddit, a user posted a photo of a sign that read “They drink champagne from the blood of the planet.”

However, there are many shadows that surround this story and it is not clear who attended really to that private party. Although we know that several celebrities were in Romania at that time due to some photos published on the Internet and the transfer of helicopters that arrived, the luxury cars and limousines with tinted windows, there is not so much evidence to support that all those personalities were there.


Thiel and her husband, Matt Danzeisen, are the only ones photographed by the magazines in Romania. MediaFlux published footage of the couple getting into a Mercedes at Henri Coandă International Airport. The outlet later published photos showing the two getting into a helicopter headed to the castle.

Swedish actress Julia Sandstrom was reportedly the DJ at the event. In two stories on his Instagram, he can be seen flying in a helicopter to the castle and the text “Land of vampires… Happy to play Transylvania this Halloween” and “Probably the coolest place I’ve ever played.” No However, while these were seen in the area, Musk was not located. local media retracted from the news that said he hosted the party. In fact, Interior Ministry sources said that Musk and Jolie were not in the country.

Read:  WhatsApp already allows you to transfer your chats from iOS to Samsung mobiles

The rumors had arisen because on October 29, Musk tweeted: “Freshly baked bread and pastries are some of life’s great joys.” Musk was interpreted to be enjoying Romanian pastries, which are traditionally given out to welcome guests.

All this led to Greenpeace activists to protest by projecting messages with lights on Dracula’s Castle. The organization took the opportunity to engage them in a discussion about the destruction of the Carpathian forests. Ciprian Gălușcă, Forest and Biodiversity Campaigner at Greenpeace Romania, explained: “We take the opportunity of Halloween to share a real horror story from Dracula’s forests. It’s about chainsaws, murder, greed and death. Although Europe is talking about helping to biodiversity on the road to recovery by 2030, urgently needed reform is nowhere to be found.

Greenpeace activists called on billionaires and influential people from around the world to enjoy their stay in these remaining biodiversity sanctuaries recognizing their importance, beauty and value but they were urged to act for your protection.

Built in 1388, Bran Castle is one of the most famous historical monuments in Romania. It is located 30 km from the city of Brasov and was originally called Turciu. It was the favorite residence of Queen Maria of Romania, who restored it and used it as a royal summer residence from 1920 to 1932. After World War II, the communist side turned the castle into a museum.

Since 2009 it has been owned by Archduke Dominic Habsburg and his sisters Maria Magdalena Holzhausen and Elisabeth Sandhofer and remains open to the public. Stoker’s Dracula character is said to have been inspired by Vlad Tepes, known as Vlad the Impaler or Vlad Dracul. However, it is known that Stoker never traveled to Romania.