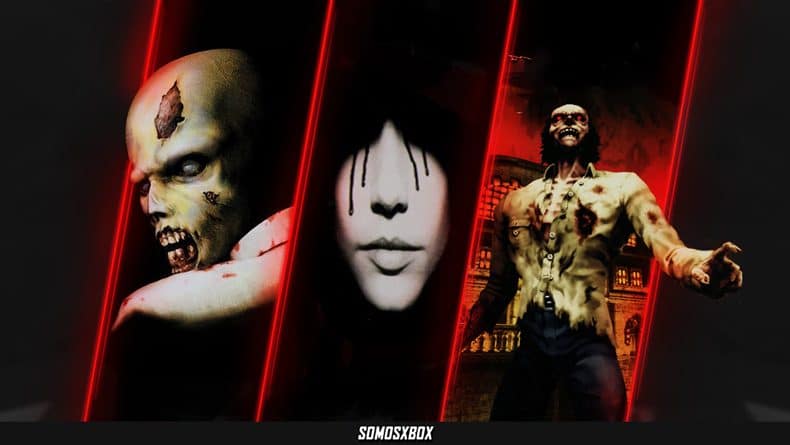 Survival horror has always been a marked genre, beyond the fear it instills, for bringing us good scripts, surprises and a permanent feeling that its titles hide more than it may seem. It is also a genre that, despite the ups and downs it has experienced over the decades, has managed to maintain its roots and adapt to new times and emerging trends. Taking into account the splendid boom that the genre will experience next year, with the arrival of a large number of titles, we want to take the opportunity to tell you 50 curiosities of 50 survival horror that you surely did not know, of the vast majority of horror games that have come to us throughout history.

«Very little has been missing. You almost turned into a Jill sandwich«.

50 curiosities of survival horror that you probably didn’t know (part 1):

We start the list with Haunted House, without a doubt the great pioneer of survival horror both for its plot and its gameplay. In this game, we put ourselves in the shoes of a pair of eyes that must go through Zachary Graves’ mansion, to recover the three parts of an urn, avoiding all kinds of enemies in doing so. What great detail of the game it should be noted that, once the player manages to escape from the house, the music of The Twilight Zone plays.

Inspired by Resident Evil and forerunner of Capcom’s survival horror, Sweet Home tells the story of five people who enter the abandoned mansion of the late painter Ichiro Mamiya, to make a documentary. But once inside they discover that the mansion is haunted by the ghost of Mamiya and other creatures. This game not only innovated with elements such as perma-death, because if a character dies, they do so for the entire game, but also created the mythical scene of the door opening on a black background, which Resident Evil would later popularize.

Today The House of The Dead is one of the most recognized horror franchises and, for some authors, the most influential along with Resident Evil. This rail shooter features two protagonists, agents Thomas Rogan and Sophie Richards, who are on a mission to investigate the experiments of the maniacal Dr. Curien in his mansion. The House of The Dead has had many sequels, cameos and references in popular culture, but many of you may not know that it was also the first to create fast zombies, differentiating itself from the zombie concept introduced by George Romero.

This purely Lovecraftian survival horror introduces us to detective Edward Carnby and Emily Hartwood, niece of the late artist Jeremy Hartwood, who must investigate the painter’s mansion, called Derceto, where evil forces are rumored to inhabit. The game was not only the first survival horror, showcasing the perfect blend of point-and-click adventure, but it was also the first game to have 3D characters on 2D backgrounds.

This almost forgotten gem takes the form of an interactive movie and includes the typical elements of slashers: a group of teenagers decide to spend a pajama night at the house of one of them, but little by little strange events begin to occur and they begin to disappear . The game offers a plot with the occasional surprise, far from the clichés of the genre. But there was something else: the game was the subject of debate in the United States Senate for its violent content and was the one that gave rise to the American age rating system, the ESRB. So, every time you see an age rating, remember Night Trap (for better or worse).

In this horror and science fiction title, we play executive Mike Dawson, who buys a mansion in the small town of Woodland Hills. After spending the first night there, he will start to investigate the strange death of the previous owner and discover the existence of an alien world called the Dark World. It is worth noting that this game, unlike others on the list, was not inspired by the work of HR Giger, rather Giger himself was the lead artist, asking for the game to have higher resolution than initially intended, because The original did not convince him at all.

System Shock was presented as the cyberpunk revolution at the time, offering us the story of a nameless hacker who must stop SHODAN, an uncontrolled and psychopathic AI who, by losing his emotional blocking program, unleashes chaos in the station. Citadel Space. System Shock will have a remake that is still in development, but one of the most emblematic faces of the first game will not be in it: Seamus Blackley, designer of the physics of the original game and creator of the first Xbox.

Laura Harris is the protagonist of this horror adventure; a Los Angeles police officer who must go to a hospital, where her father has barricaded himself and has killed a lot of people. Upon entering her, she will discover that she is in a castle, having to go through her corridors until she reaches her father. D had one of the most curious developments in video games and that is that its creator, Kenji Eno, thought that the game would not be as successful without gore, cannibalism and violent scenes. So he sent the censored copies of the game for review, and once they were approved to go to the manufacturer, he made the switch and took the uncensored copies to manufacturing. The rest is history.

6 survival horror from SEGA that should return

Created by Hifumi Kono (Steel Battalion), Clock Tower stars Jennifer Simpson, an orphan girl who is adopted by the wealthy Simon Barrows, along with her friends Laura, Anne and Lotte. When they move into the Clock Tower mansion, one by one they start turning up dead. The great highlight of Clock Tower is undoubtedly its villain, Scissorman; a character that encompasses the clichés of the horror genre that we know in The Texas Chainsaw Massacre or Friday the 13th. In addition, Kono confirmed that he is based on the slasher villain The Burning (1981), scissors included.

The magnum opus of the genre, starring the double campaign of Chris Redfield and Jill Valentine in the Spencer Mansion, is one of the games that has generated the most anecdotes and about which the most curiosities have come to light. But here’s one you may not know about: the man on the cover of the original game is not Chris Redfield. According to Bill Sienkiewicz, the artist who designed the mythical image, the image was made prior to the game, when it was still in the development phase. So he’s a character that doesn’t exist, even though there was speculation that he could be Richard Aiken.

This is all for now. What do you think? see you in 50 curiosities of 50 survival horror that you probably did not know (part 2).