Youtuber becomes a host on Airbnb 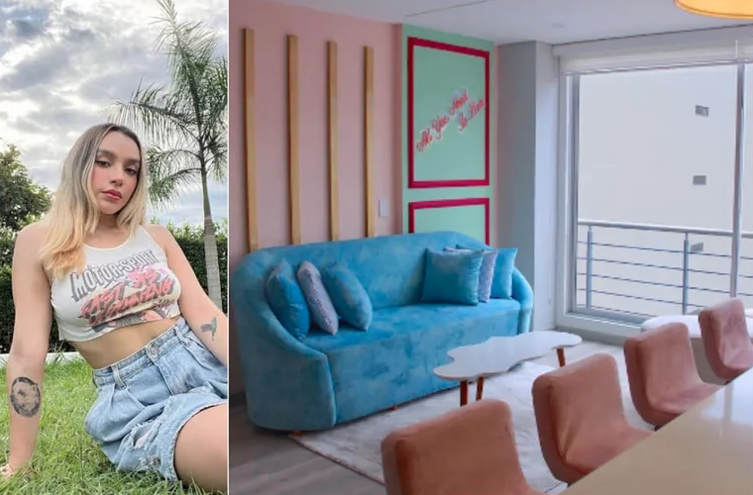 The digital world has become a very beneficial space for people, especially for content creators. Given this, this Friday it was announced that the Colombian content creator and influencer, Sofía Castro, decided to rent her second property in Colombia on Airbnb, becoming a ‘Host’ of the platform.

Airbnb is one of the hosting platforms known currently in the world, where, according to a study conducted by Forbes, it has become a global phenomenon in recent years, so in 2021, it was valued at US$113 billion, up from US$75 billion the year before.

In this sense, the shared housing economy platform, which offers users an alternative to traditional accommodation in hotels by allowing them to rent accommodation to people who are willing to share their homes, it is the third most visited tourism website in the world with 99.4 million.

Youtuber becomes a host on Airbnb

The influencer’s new way of undertaking has attracted attention, as Sofía affirms when she opened the doors of her apartment, she thought of a different way to “connect with all the people who have followed it since its inception”creating a space that was different, full of color and far from simple.

“The incredible thing about sharing this place on Airbnb and becoming a Host, in addition to the benefits and facilities I found in the process, is that I was able to customize each area according to my tastes and what I would expect to find when traveling,” she said.

It was possible to know that the content creator, shared through her Instagram Stories that she is very excited to receive auctions for her property.

Read:  Twitter employees bring their own toilet paper to the office

And among the photos and publications you can see how the two-bedroom property for four people is furnished, with many colors, which has the cost of 300 thousand Colombian pesos, which is equivalent to 63 dollars (around 1,900 Mexican pesos) per night.

The property has a Nintendo machine and offers ideal places to create digital content, such as recording stories for Instagram with striking backgrounds or even taking photos posing with a multi-colored environment, to change when uploading to the feed of the aforementioned social network or any other platform.

He is not the first public figure to become a host on the digital platform, as even the CEO of Airbnb himself has offered his properties for other people to rent.

As a way to promote his own app, the entrepreneur recently included his “carefully designed suite” encouraging more people to rent their rooms on the platform to earn extra money in the midst of the crisis that is currently taking place in the world.

In conclusion, the digital world is one of the best tools of humanity today, that is why in these spaces we find everything that happens.

“That’s what I pay them for”; open debate on Airbnb cleaning fee

AIRBNB conquers a building in La Condesa: rent goes from 10 to 80 thousand pesos

Five concerns about the agreement signed between Airbnb and CDMX