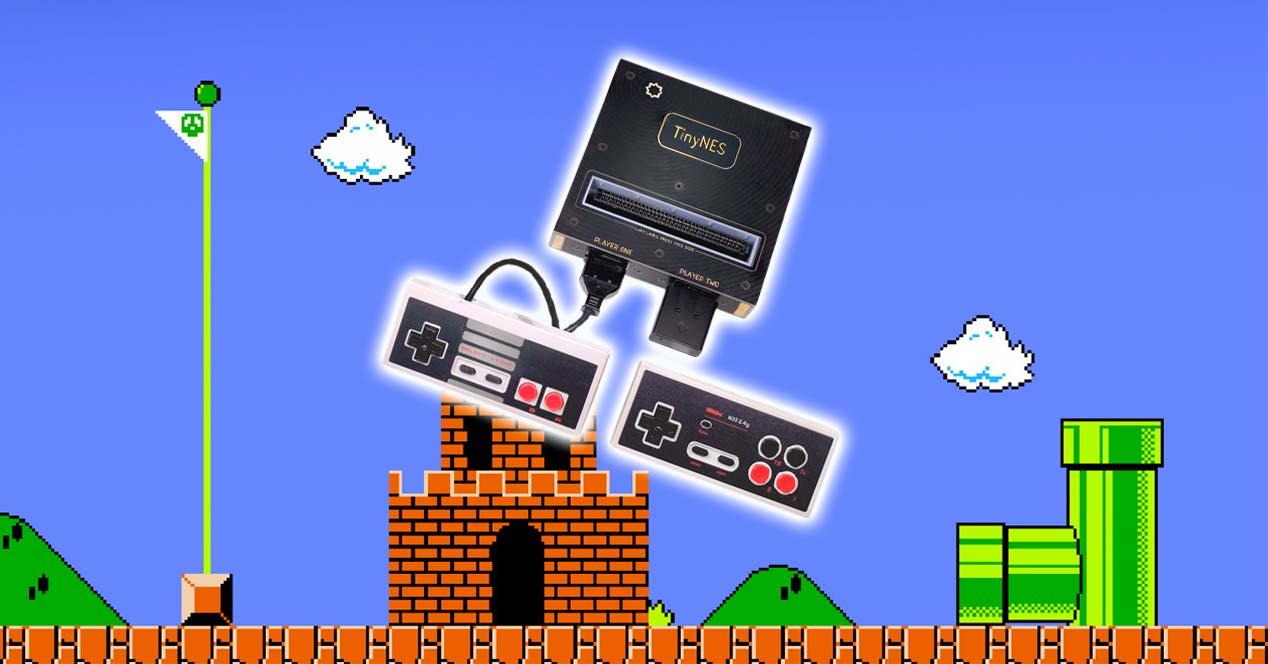 Surely one of the star gifts this Christmas has been the games and accessories for Nintendo Switch, without a doubt, a video game console that has been very successful since its launch. Now the news reaches our ears that we can buy a TinyNESlong-awaited by Nintendo lovers since it was first revealed in 2018.

Three ways to create a clone

If we want to play retro games, there are three ways to create a clone of the console. You can choose a emulation path where enough power is available to process software emulation on a device and play digital ROM files without slowing down, dropped frames, or audio sync issues.

There is also the FPGA path that companies like Analogue use for devices like Pocket and Analogue Nt, in which there is a custom chip that is programmed to behave exactly like the hardware of the original console, which is a guarantee that the games work exactly as they did decades ago.

Finally, there is the route chosen by TinyNES which consists of reducing the size of the console to the essentials using the same chips that powered the original Nintendo hardware, which is guarantee of perfect compatibility.

Includes a cartridge slot on the top and two classic NES controller ports on the front compatible with original gamepads. However, it does not make any scale changes and does not include an HDMI port to facilitate connections to a Smart TV. On the back we will only find a mono audio RCA connector and an NTSC composite RCA connector.

Read:  What are the best cheap Xbox One gaming headphones or earphones?

The TinyNES features “the same CPU and imaging unit used by the original NES hardware (RP2A03 and RP2C02 chips), but with the rest of the internal components updated and without region-locking chips, that is, cartridges and games. from all over the world you can play in it ”.

How to buy a TinyNES

Currently we can get a TinyNES by placing an order through the crowdfunding site Crowd Supply, which has already exceeded the funding target of $ 20,000. Orders are expected to start shipping from May this year, although the pandemic and the supply of some components continue to be a problem for its development.

You are still in time to reserve a TinyNES, since crowfunding will end in 20 days. The order consists of a TinyNES system, which includes a TinyNES console (with RP2A03 and RP2C02 chips), a wall power adapter, a power cord and a dual RCA cable, the controller being sold separately.