Bullfrag
Home Entertainment Lifestyle Where does the bread of the dead come from? 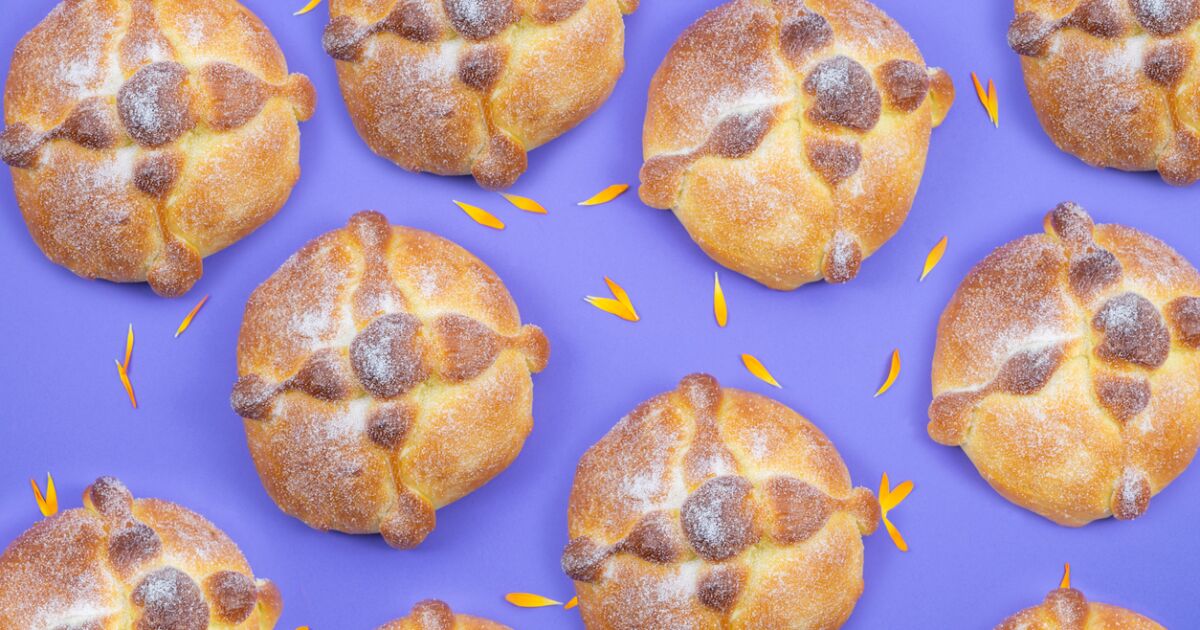 The origin of the bread of the dead dates back to pre-Hispanic times, when a kind of omelette called “papalotlaxcalli” or butterfly bread was made, which was a dough with a butterfly stamp that was printed raw.

A similar bread was used in the ceremony of the goddess Cihuapipiltin, in which women who died in childbirth were remembered. Offerings of “loaves” (they were more like tortillas) of different shapes, such as butterflies and rays (tzoalli), made from amaranth and dried and roasted corn were dedicated to them. Another common offering was some tamales called xucuientlamatzoalli and a roasted corn called Izquitil. It was believed that if these gifts were not left, the spirits of the women would bring disease to the children. According to records from the time of the conquest, these loaves were also used in the offering to Huitzilopochtli.

It is believed that when the Spaniards arrived they were alarmed by the violence of human sacrifices and it was suggested that instead a wheat bread covered in red sugar be prepared to simulate the heart of the sacrificed.

Over time, the bread was modified until it reached the version we have today, in which there is no blood, but there is a circle in the center that represents the skull and some strips that represent bones, all of this from the deceased that we remember. Tradition indicates that it must carry orange blossom essence, in memory of the deceased.

And although there is a standardized version of the bread of the dead, the reality is that it is made in different ways, depending on the region. In Morelos and Guanajuato, for example, anthropomorphic bread is made, which is sometimes decorated with pink sugar to represent adults and white sugar for children.

Read:  Where and when to see the opening of the Tokyo 2021 Olympic Games

Ciao, Alitalia! The airline says goodbye to the skies after 74 years of flying