Bullfrag
Home Science what the statistics say and the secret that could make us live... 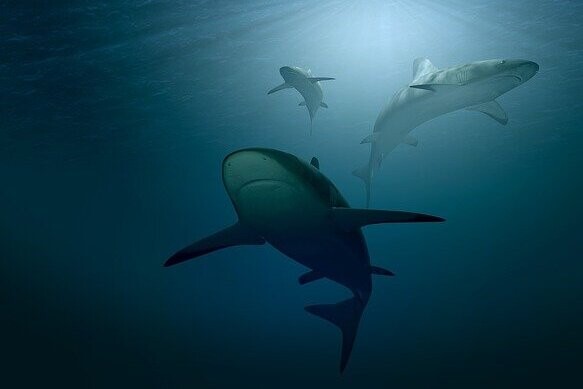 The shark, along with spiders and snakes, is probably the deepest of our fears towards an animal. Nobody could get into the water knowing that there is a shark nearby (especially after watching the movie Sharkby Steven Spielberg). However, things are not what they seem. At least, on a statistical level.

Shark attacks are quite rare. In 2014, there were only three deaths worldwide related to shark attacks, and in 2015, there were six, which is approximately the annual average.


To put this figure into perspective, wolves kill 10 people every year, lions 22, elephants 500, hippos 500 and crocodiles 1,000. Even freshwater snails outnumber sharks (and incidentally to all the animals mentioned), causing no less than 20,000 to 200,000 victims.

The freshwater snailNaturally, it does not kill you with a bite, but instead carries parasitic worms that infect people with a disease called schistosomiasis that can cause severe abdominal pain and blood in the stool or urine, depending on the affected area.

If we look at the general probability of dying, it is 1,817 times more likely to be drowned in the sea than from a shark bite. We must therefore be much more afraid of water than of sharks. Obviously, in general, few people die from shark attacks because we do not usually live in the sea, but if we even go far back in time to countries with a coast, like Spain, we will discover that there have only been three recorded attacks in … 400 years. None of them left the victim in serious condition.

In addition, although there are more people in the sea practicing water sports or simply on the beaches, it must be borne in mind that there are fewer and fewer sharks. The percentage of white sharks, for example, has been reduced by 90% in just 30 years.

As if that were not enough, we have more and more precise technologies to avoid sharks or get out of the water before they arrive. Thanks to the Internet of Things (IoT), for example, Spielberg might not have been able to shoot his film Shark, as explained Marc goodman in his book The crimes of the future:

In Australia, for example, there are more than three hundred sharks on Twitter (and no, they didn’t create the account). The researchers placed acoustic tags on 338 sharks, which emit a signal to receivers installed on the shores when the animals are less than a kilometer from the beach […] nearly forty thousand bathers have signed up as followers of these sharks’ Twitter accounts.

Sharks, yes, are surprising (and even beneficial to humans) in very different ways. In fact, not only do they not take our lives, but they could give it to us in a way: offering us the key to be more long-lived.

Read:  If you sit too long you may develop a greater feeling of depression and anxiety

A recently discovered shark that has become the oldest living vertebrate on the face of the Earth. Research led by Danish marine biologist Julius Nielsen, and that has been published in the magazine Science, suggests that the Greenland shark (Somniosus microcephalus) can reach 400 years of life.

Specifically, the oldest shark they have found was 392 years old, that is, it was born at the same time as Cervantes. What if we found the secret of that longevity to apply it to human beings?

Various reasons have been conjectured for this species turning so many years, such as that it grows very slowly (just one centimeter per year) or that it lives in very low temperature waters (which slows down its metabolism). However, other arctic fish do not live as long as this shark. The person responsible for its discovery is convinced that if we found the determining factor of its longevity, we could use it to become Methuselah or at least delay aging a little more.

A white shark photographed in 2006.

Much was unknown about the Greenland shark because it is an elusive species (it lives more than 2,000 meters deep) and lacks economic interest (its meat is poisonous, due to high concentrations of trimethylamine oxide), but now it is has become the target of researchers for its uncanny ability to live twice and even three times that of other vertebrates.

In the end, not only are sharks not very dangerous, but we better conserve and study them: thanks to them, perhaps, we will live longer than ever.