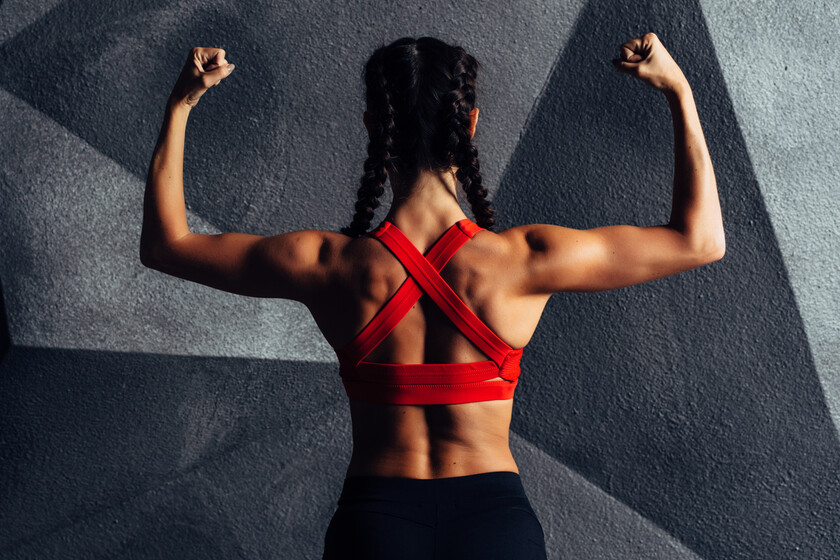 One of the most forgotten exercises, but which should instead be basic in our shoulder and back training, is the facepull.

The facepull is an exercise that can be technically unintuitive as it combines three different shoulder actions using an unorthodox grip. Be that as it may, in this article We explain how to do the facepull correctly and what are the most typical mistakes to avoid.

Index hide
1 What does a facepull consist of and what does it give us?
2 What mistakes should I avoid?
2.1 Do not generate momentum or inertia
2.2 Don’t drop your elbows or raise them too high
2.3 Do not look for the maximum speed in the execution

What does a facepull consist of and what does it give us?

When performing a facepull we have several options: perform it on a high pulley and standing or on a low pulley and sitting, with elastic bands or even with TRX using our body weight. As for the grips, we would have the option of using a supine, neutral or prone grip. Simply use the one that is most comfortable for you.

The usual thing is to use an overhand grip and a pulley. If you do it standing you will have to lean slightly backwards, if you do it seated and on a low pulley you will have to separate yourself from the pulley enough to feel the weight and that the plates do not collide with each other when stretching your arms in each repetition.

The movement begins with the arms stretched out, elbows close to the torso and with the spine well erect. From this position we bring the pulley towards the neck or towards the face combining a horizontal extension of the shoulder, an abduction and an external rotation. The final position is the same as a bodybuilding double biceps, i.e. the characteristic pose that bodybuilders strike when they want to show off their biceps.

The facepull should be included in training with two main intentions:

Read:  They discover how to prevent them from seeing your part of the screen in GoldenEye 007

In this way, it can not only have an aesthetic function by developing our deltoids but also a function at the level of rehabilitation or prevention of rotator cuff injuries.

What mistakes should I avoid?

Do not generate momentum or inertia

Given the nature of the movement and the muscles involved, we seek a constant and uniform tension, so it is not convenient to load an unbearable weight and have to gain momentum to pull the pulley.

In addition, what is really interesting is found in the last centimeters of the route, so it is very useful to hold in the final position for a few moments.

Don’t drop your elbows or raise them too high

Since we are looking for an external rotation, the optimal thing is to look for the elbows to be parallel to the ground both during the movement and in the final position.

Do not look for the maximum speed in the execution

This can be considered an exception since in any other exercise we would recommend the opposite, that is, perform the concentric phase at the maximum intentional speed and the eccentric phase in a controlled manner.

In this case we are looking for a uniform tension and since the loads that we must use must be rather low, try not to get too excited when pulling the pulley because it may be that by applying so much force the pulley loses tension. This way, focus on feeling the weight and generating tension evenly throughout the movement, not too fast and not too slow.

In Vitónica | In search of increased muscle mass: more weight or more repetitions?

In Vitónica | If you’ve been stuck in your gym training this year, these five tips will help you break that plateau in 2022

The best deadlift variations to develop your hamstrings and glutes

Tips for building the professional profile of your medical practice

Tips for building the professional profile of your medical practice