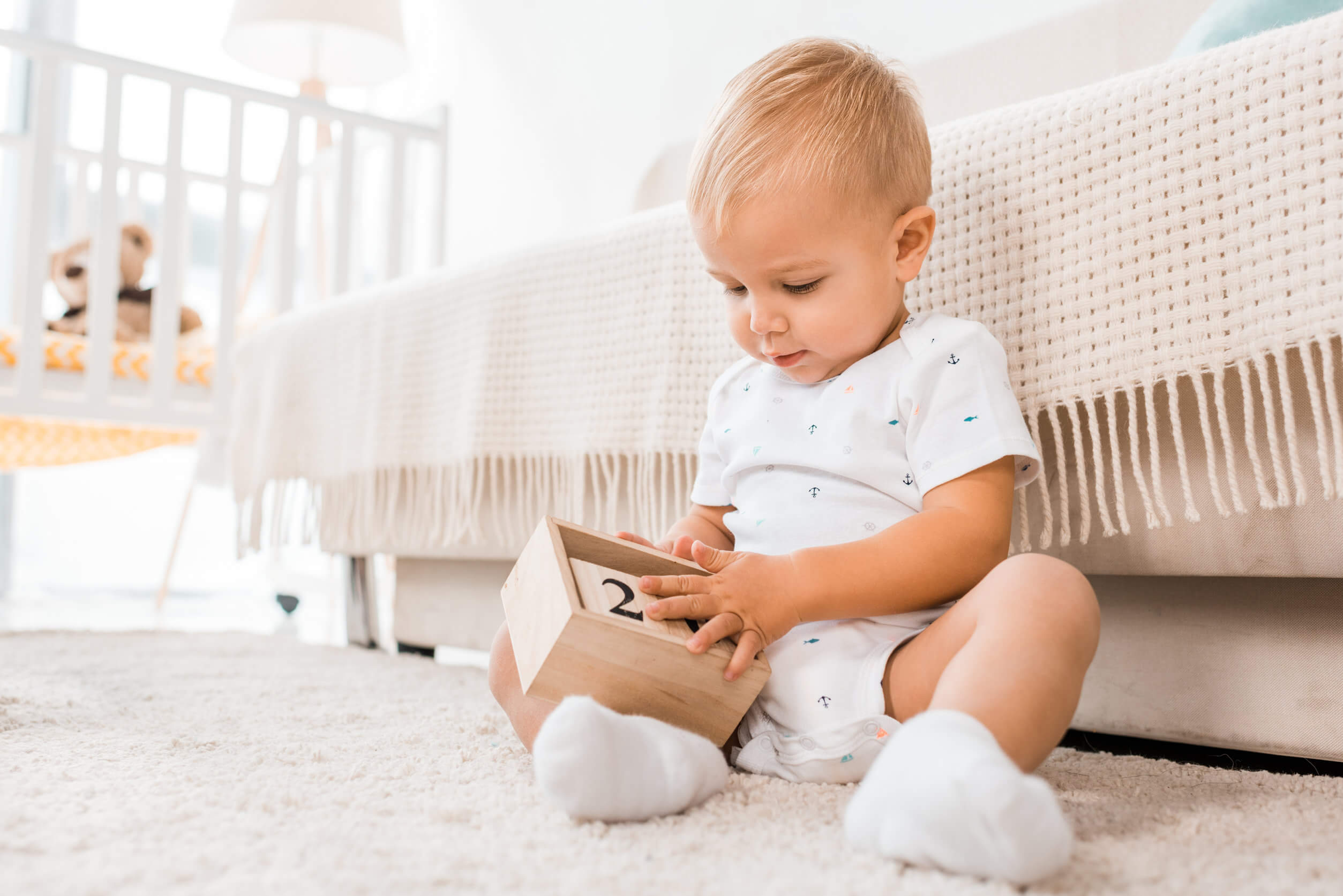 Object permanence is a major milestone of cognitive development. Thanks to him, babies understand that there is a world beyond their senses.

Babies experience dizzying physical and psychological development during their first years of life. They are acquiring a multitude of capacities that allow them to understand their environment and function in it in a better way. One of the most important is object permanence. a psychological skill that helps the child understand that there is a world beyond himself.

PFor a newborn there is only what he can see, touch, smell or feel. What escapes his own perception, for him simply does not exist. This happens because he does not yet have the ability to mentally represent objects or people. Thus, if his mother moves out of his field of vision, he will probably show no crying or signs of distress; and if she hides a toy from him, she won’t try to look for it.

This reality begins to change after four months, when object permanence gradually and progressively develops. Then, the baby will begin to understand that the elements have their own existence and continue there despite not being able to perceive them with the senses. This is a great milestone that marks a before and after in infant cognition.

Object permanence and cognitive development according to Piaget

The Swiss psychologist Jean Piaget made great contributions to the understanding of evolutionary psychology, among which his classification of the four stages of cognitive development. According to this author, children go through different periods in which their way of thinking, interpreting and relating to the environment vary considerably.

The first of these stages, known as sensorimotor stage, spans from birth to two years of age and has the permanence of the object as the main achievement to be achieved.

Piaget observed the development of this ability through the examination of how babies react when presented with a toy and then hide it With a blanket. Progressively, the child will go from not showing any search intention to being able to find the partially visible object or even to find it in unexpected places.

Substages of the sensorimotor stage

All of these transitions occur in the substeps described by the same author:

Read:  Risk of contagion and / or death from Covid-19 in people with and without a vaccine

Object permanence and its relationship with separation anxiety

Object permanence is essential for the baby to function in the environment, but it also has a great influence on the social level. Before, the child considered that people ceased to exist when he did not perceive them, now knows that they still exist and understands that they are gone. What he doesn’t know is when they will return or if they have abandoned him forever.

For this reason, with the development of object permanence, the well-known separation anxiety also arises. The infant who used to remain calm and serene when he was left in his crib or when his parents left him in the care of others, now may react with great distress, crying and despair to these same situations.

Before, he did not clearly perceive the separation between himself and the rest of the world. Now, he knows that his attachment figures are different individuals from him and he fears that they will move away.

How to stimulate the learning of object permanence

Object permanence is a developmental milestone that all babies reach sooner or later. It is worth mentioning that the ages proposed by Piaget are indicative and that each child can follow their own pace. In fact, his postulates have received various criticisms, since authors such as Bowers claim that this ability is present at much earlier ages.

In any case, this learning can be stimulated through games and simple activities with the baby:

In any case, don’t worry if your child is a little behind the recommended ages to develop this skill. Remember that this is not a matter of stimulation and that at some point you will acquire this ability. For now, he enjoys watching her discover how the world works.