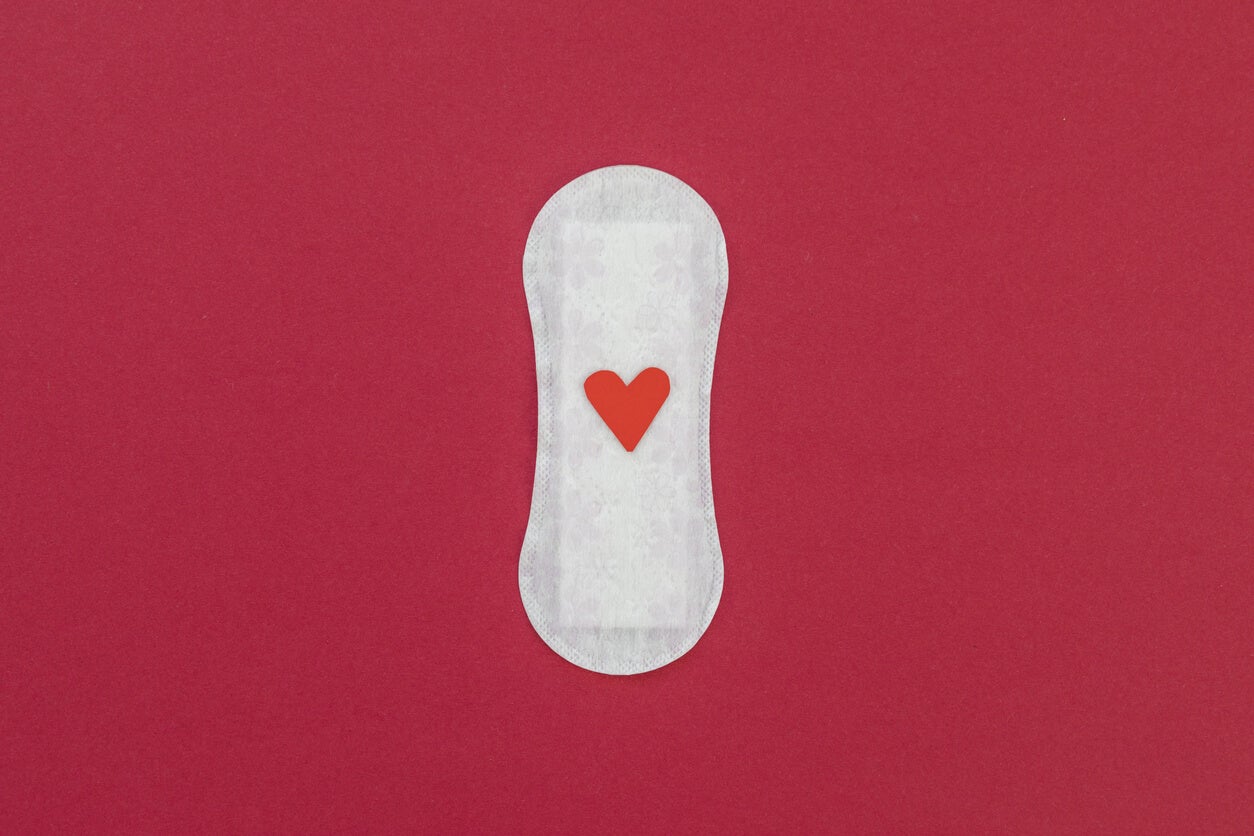 The article has been verified to ensure the highest possible accuracy (content includes links to reputable media sites, academic research institutions, and occasionally medical studies). All content on our website has been reviewed, however, if you consider that our content is inaccurate, outdated or questionable, you can contact us to make the necessary corrections.

The presence of pink discharge does not always indicate a pathological condition that requires medical evaluation. When strange symptoms are associated, you should go to the gynecologist.

Pink discharge usually appears due to hormonal factors related to changes in the menstrual cycle. When it is not accompanied by any other symptoms, it does not pose a health risk.

The glands of the female reproductive system produce vaginal discharge, which acts as a lubricant and protector. Pink discharge is an expected variation at times.

Depending on the stage of the menstrual cycle, the consistency of the liquid changes, which ranges from watery to thick. When there is some pathological alteration, there are modifications not only in its consistency, but also in its color, smell and texture.

The causes of pink discharge are varied and do not always represent a pathological process. Unless it is accompanied by other symptoms, such as fever, abdominal pain, bad smell or itching. Learn with us some of its most frequent etiologies to be able to distinguish it.

When the pink discharge occurs in the middle of the menstrual cycle (2 weeks before the estimated date of menstruation, approximately) it corresponds to ovulation. In this case, due to the release of the ovum, with the rupture of the follicle and its passage to the uterus through the fallopian tube, scant bleeding occurs.

This scant bleeding, when it comes into contact with normal vaginal discharge, generates the pink discharge. In addition, there are other associated symptoms:

2. Beginning or end of menstruation

If the pink discharge appears just after the end of menstruation, it is due to the expulsion of blood residues, that sometimes go unnoticed. The color becomes lighter as the days go by.

Consequently, it decreases in intensity. When the pink discharge is brown instead of turning clear, it may be due to bacterial infection.

At the beginning of menstruation, the bleeding may not be significant. Therefore, the mixture of scanty blood with vaginal secretions gives a light pink discharge.

The levels of the different female hormones are responsible for regulating the stages of the menstrual cycle. Estrogen participates in the induction of proliferation of the cells of the endometrium (innermost layer of the uterus), breast and ovary.

The drop in estrogen levels causes pink discharge. This occurs because there is little bleeding, since the lining of the endometrium is not maintained and it peels off, producing a false menstruation.

Hormonal imbalances have multiple causes and can be due to the following:

Read:  4 reasons to read a story to your little one

4. Use of hormonal contraceptives

Pink discharge can be caused by the use of hormonal contraceptives, especially those with only progestogens or low levels of estrogens. The main ones involved are the presentations in pills.

Changing the contraceptive also causes pink discharge. The effect can be registered up to the first three months after making the modification.

This pink discharge occurs just after the fertile period, that is, after ovulation. It is due to the implantation of the fertilized ovum in the endometrium.

The embryo implantation It is usually between day 6-7 after fertilization, so this pink discharge occurs near the expected start of menstruation.

It usually disappears in less than a week and the color becomes progressively lighter. It differs from menstruation because it becomes more abundant as the days go by.

Hormonal changes associated with pregnancy, especially in the first trimester, can cause pink vaginal discharge from the increased estrogen production and constant hormonal variations. This is light bleeding that does not last for many days.

At the end of gestation, the mucous plug is expelled, which can cause a viscous pink discharge, sometimes yellowish. This expulsion indicates that labor is about to begin.

Pink discharge is very likely postpartum, because there is detachment of the layers of the uterus after having the baby. This produces the presence of a characteristic vaginal discharge, with blood to a variable extent, which is called loquios.

Pelvic inflammatory disease is a vaginal infection that moves up the female sexual system (uterus, fallopian tubes and ovaries), and can spread to the abdomen. It is considered a sexually transmitted disease.

It manifests with pinkish discharge, which sometimes turns yellowish or greenish, a bad smell, chronic pelvic pain and bleeding when having sex.

It is common for a miscarriage to occur during the first 12 weeks of gestation. The abortion causes bleeding that manifests itself in pink discharge with loss of clots and severe abdominal pain. Also, there is a delay in the menstrual period.

Vaginal infections can be caused by fungi, bacteria, or viruses. Although bleeding is rare in these cases, scant bleeding with pink discharge may occur.

In addition, other symptoms are associated:

The consistency and texture of the flow also vary. It is important to always go to the gynecologist when you suspect a vaginal infection.

Ectopic pregnancy refers to the implantation of the embryo outside the uterine cavity; It can be in the cervix, one of the fallopian tubes, or in the abdominal cavity. It manifests with scanty pink discharge, absence of menstruation and lower abdominal pain.

Is it necessary to go to the gynecologist in case of pink discharge?

Vaginal discharge can vary in consistency and color according to changes in the usual menstrual cycle. A pink discharge may be due to non-pathological conditions, such as ovulation or hormonal contraceptive modification.

However, when there are other symptoms or it progressively increases in intensity, it is necessary to go to the gynecologist to demonstrate the cause.