We should call Blockchain “Digital Gold” 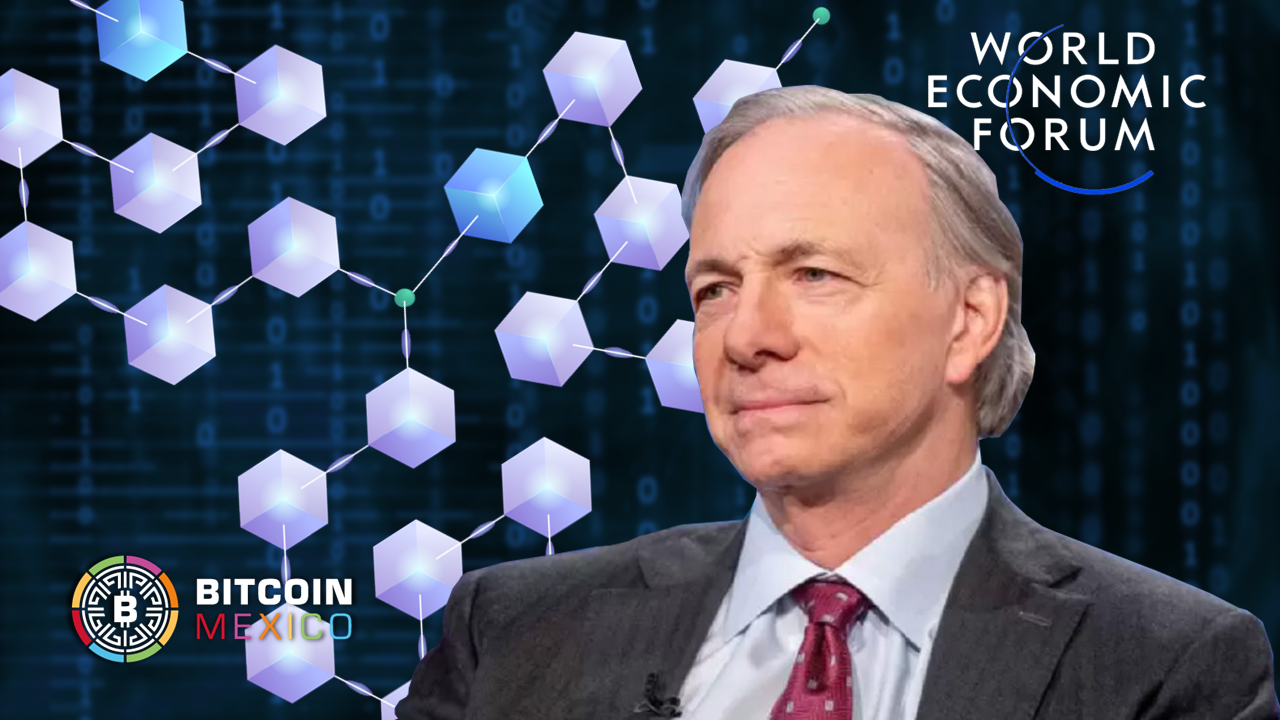 This week, the eyes of the world are on the World Economic Forum (WEF) meeting held in Davos, Switzerland, which began on May 22 and will end on May 26.

In the event, the main business leaders, international politicians, journalists and select intellectuals meet, with the sole purpose of analyzing the most pressing problems in the world.

One of the attendees at this meeting is American billionaire hedge fund manager, philanthropist, and founder of Bridgewater Associates, Ray Dalio, who focused his words on the current economy, the Federal Reserve, cash and digital assets. During his speech, Dalio pointed out the benefits of the blockchain and invited everyone to call this technology “digital gold”.

Index hide
1 Dalio, cryptocurrencies and blockchain
2 Where does the money go?
3 Emergencies that require full attention at WEF

Due to the current situation in which the world finds itself, Dalio declared, to the surprise of many, that at this time cash is nothing more than garbage and poOf course, he clarified his position, noting that he refers to all currencies in relation to the euro or the yen, andbecause these currencies will undoubtedly show a drop in value in relation to goods and services.

Likewise, Dalio touched on the subject of the “other money”, the digital one, known by all as cryptocurrencies, which he described as a form of digit gold.

“Digital assets in particular, and especially the medium in which they move, that is, the block chain seems to me to be a brilliant invention, but we should call it digital gold, which would be a kind of Bitcoin, something that, possibly, is of interest to Increasing diversity is when, compared to alternatives to gold, it has a small place in relation to said metal and in relation to other assets“.

Where does the money go?

In an interview with the CNBC media, Dalio spoke about the directions that money will take in the future, in addition to mentioning the upcoming monetary policies of the United States central bank.

According to the hedge fund executive’s perspectives, the US Federal Reserve System (FED) has no alternative but to sell.

“The Federal Reserve it has no other way but to sell, since people are currently selling, foreigners are selling in the same way, in addition to the fact that the Joe Biden government is also selling, simply because it must support its deficit”, Dalio indicated in an excerpt from the interview, adding “This will obviously create a supply/demand problem, which means that a contraction will definitely occur.”, he added.

It must be said that Dalio’s opinion is gloomy and adverse, and it is not surprising, since in Davos, his assistants and bigwigs in the financial markets have indicated that The global economy is currently facing multiple threats.

In this regard, the reporter from the Reuters information agency, Dan Burns, highlighted through a report on what has been pointed out these days by WEF, that specific threats such as the war between Russia and Ukraine, the lack of food and the recent closures presented in China because of the coronavirus, they simply do not have an expiration date, which has aggravated the world situation.

On this point, Robert Habeck, Vice Chancellor of Germany, indicated that he agreed with Burns:

“Today we have at least four emergencies on the table that require our full attention and that, moreover, are linked. We currently have high inflation, as well as an energy crisis, coupled with the fact that there is food poverty in the world and a climate crisis. Likewise, it is important to point out that it is not possible to solve these problems if we focus individually on each one of them, since they are a part of the whole.either.”