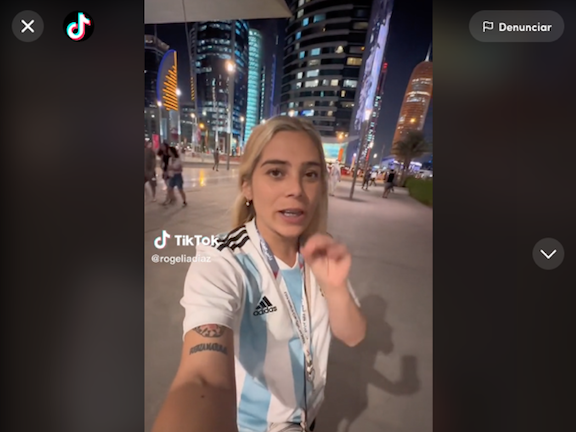 The resale in the streets of Qatar has not been long in coming and, for the Mexico vs. Argentina, has already begun to circulate with exorbitant prices for fans.

Officially, the International Federation of Association Football (FIFA) announced that a total of 2.9 million tickets were sold for the World Cup in Qatar, considered, until now, the most expensive world cup in history with an investment of more than 220 billion dollars.

Mexico, in this context, is part of the Top 5 of the countries that have purchased the most tickets for the sports fair, so much so that, according to what was announced the Ministry of Foreign Affairs (SRE), it is estimated that there will be about 90,000 soccer fans supporting the Mexican National Team from Qatar.

From this perspective, and taking into account that the attendance of 40,000 Argentine fans is estimated, everything indicates that, for next Saturday’s game, between the tricolor squad and the albiceleste team, there will be a great presence in the stadium.

On the other hand, let’s not forget that social networks have played an extremely important role in terms of visibility and positioning of the World Cup in the Middle Eastern country, which, by the way, has been involved in various controversies, as reported by The Guardian.

Read:  The best trailers and announcements of the Summer Game Fest 2022

Now, recently, the case of a brawl was revealed in which fans from both Mexico and Argentina starred in the streets of Qatar, an act that, as expected, was totally disapproved on social networks, in addition to leaving several injured. Given this, it seems that the conditions of tomorrow’s game will be very tense.

As we already mentioned, a significant number of Mexican and South American fans have been present in the host country of the World Cup.

Estimates of podcaster and financial consultant, Moris Deickreveal what a trip to Qatar would have to include for Mexico’s three games in the group stage of the World Cup: 47 thousand 600 the trip; 12 thousand 500 lodging; 2 thousand 200 meals; 13 thousand 200 tickets; and a total of 1,740 pesos for extra expenses. The final sum would be 77 thousand 240 pesos per person.

However, due to the lack of official tickets, the resale outside the Lusail stadium has not been long in coming and for the Mexico match against Argentina it has already been presented with truly exorbitant prices.

Through her TikTok account, a young woman announced that, making a brief scouting Outside the stadium, resale tickets cost $950 (about 18,000 Mexican pesos).

How much would you pay to see Argentina in the World Cup? #world2022 #qatar2022 #Argentina #messi

Undoubtedly, there is a great furor for the match between Mexico and Argentina, one of the games that already have a bit of history, in which the tricolor squad has not fared well.