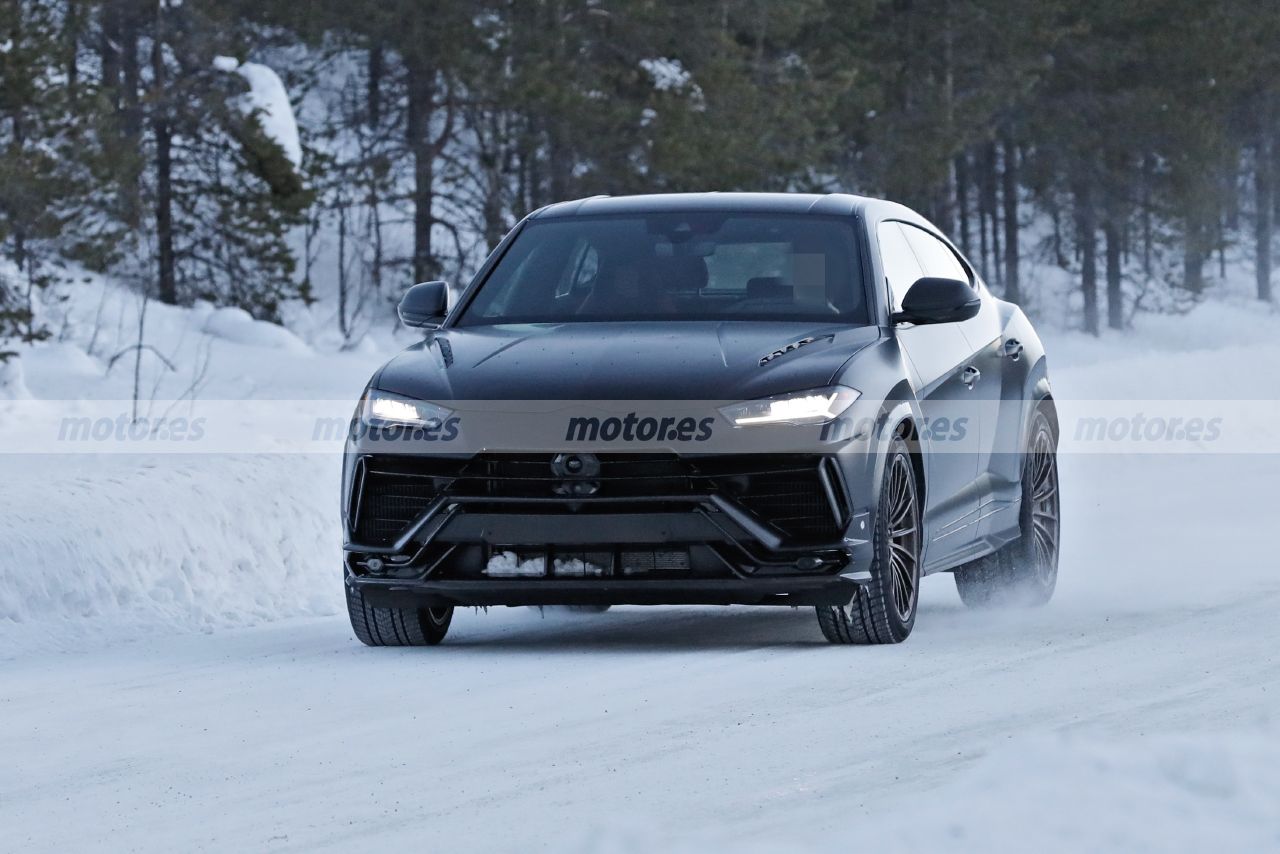 The 2022 Lamborghini Urus Evo has returned to winter testing. The sports SUV of the Italian brand has reappeared on the snowy roads of Sweden completely naked without camouflage wearing its bodywork, and exposing its new image. A step forward that will not take long to be on its way to dealers.

The Lamborghini Urus broke sales records for the Italian brand again during the past year 2021. Figures that have made the firm a volume manufacturer, and that are increasing, so the arrival of the revised Italian SUV is needed as soon as possible to continue winning customers. Just a few days ago the Urus Evo, as the facelift is known, appeared parked in the first glimpses of the model that will replace the Aventador, covering the front with a thin protective canvas.

And just a few days later it has appeared on the icy and snowy roads of the Arctic Circle without any camouflage wearing its bodywork. The Lamborghini Urus Evo 2022 it was spotted in spy photos at the same scene nearly a year ago, then wrapped entirely in traditional black-and-white evidence vinyl. Now, naked, it clearly shows the details it has received in this aesthetic update, both in front and behind. The Lamborghini stylists have been very careful, so take a closer look:

The Lamborghini Urus Evo, the first facelift for the sports SUV

The sports SUV has a new bill front bumper, and much more open in which internal matrix is ​​lost in honeycomb design betting on strict and very fine bars. The headlights remain intact, but watch out for the hood now it features breathing and heat evacuation gills, a couple of details that significantly increase aggressiveness, and that remained hidden until now under the vinyl. The firm has taken advantage of the matte black vinyl of the bodywork to keep other details hidden, such as the updated decorative appliqués on the front doors.

In the same way, the uncovering at the rear confirms a completely new bumper, with some new aerodynamic openings taking advantage of the arches of the rear wheel arches, much wider and more striking that in the model still for sale. The optical groups have not received any novelty either, also remaining intact as the front ones. Only the two indentations stand out at the upper ends of the rear window, just where the roof spoiler is usually anchored, a striking detail.

The Lamborghini Urus Evo 2022 will receive interior upgrades, especially with new customization options, in the infotainment system, in the connectivity section and driving safety assistants. The brand will also adopt the technology 48-Volt MHEV in the powerful 4.0-liter twin-turbocharged V8 block that animates the reference model from Sant’Agata Bolognese, increasing the maximum power to 700 hp. It is even expected the arrival of a Urus Performante, a more radical option.