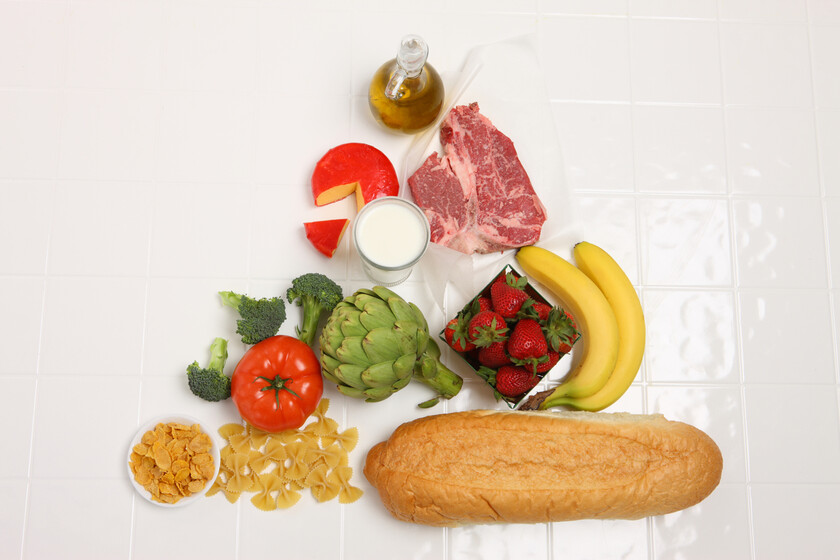 When we want to lose body fat, it is mandatory to make a caloric deficit, that is, spending more calories than we ingest. This is very easy to do since, by doing strength training, cardio in the right measure and following a good diet, we have the perfect cocktail to gradually reach the goal.

The road is cut short when we start to perform miracle diets that lead us nowhere; And if they lead us, it is to stress and anxiety about food that are not sustainable over time.

Performing diets such as detox shakes, the broccoli diet, the pineapple diet or other similar diets are only a path to failure.

Despite this, there are diets, or rather, ways of eating, that have been shown to give results, as long as they adapt to people’s tastes, and we show them below.

EVERYTHING about fruit, do you get fatter at night, do you have to take it between meals?

Over the years, low-carb and ketogenic diets have become very popular because of the results they have achieved in obese people and athletes whose primary goal was fat loss.

The ketogenic diet is one in which the energy provided by carbohydrates is less than 10% of the total, that is, if we consume 2,500 kcal in a day, the carbohydrates would have to provide us with a maximum of 250 kcal, which, converted to grams, would be 60 grams.

The main content of these diets are fats, but based on healthy sources such as olive oil, nuts, oily fish, fatty dairy such as cheese, etc. Typically on a ketogenic diet, 70% of calories would come from fat and 20% from protein.

The only drawback that is seen to this type of dietary guideline is the low amount of fruits and vegetables that are included.

The paleo diet is a way of eating that is based on the theory that we are genetically adapted to eat the foods it proposes, that is to say, that its defenders affirm that this diet is to which we are adapted as a species. But the important thing is not what you eat, but what you stop eating.

Legumes, cereals and dairy are eliminated, but also refined vegetable oils and salt. So we have food such as fruit, vegetables, meat, fish, shellfish, eggs, tubers and nuts.

Read:  The desired Lidl Leroc bicycle trainer is now on sale at an irresistible price

Popularly there are many opinions regarding the palea diet, and specifically two of them. It is not a low-carbohydrate diet, since there are tribes whose carbohydrate contribution exceeds 90%, nor is it a diet that is based solely on meat, because there are other tribes whose diet is based on 95% food of vegetable origin.

This way of eating is not based on eating too little or eating one meal, but to include all the calories for the day, for example, 2,500, in a smaller window of time, which can go from 8 hours to eating one meal a day, although everything will depend on the person.

This type of diet does not restrict anything, on the contrary, it leaves the person free to eat whatever they want, as long as it is all based on healthy foods, since ultra-processed foods are not included in any type of healthy habit.

Like the previous ones, it is not about any type of diet, but a type of diet that seeks, above all things, to eat food based on healthy foods such as fruits, vegetables, legumes, nuts, fish, meat, etc. .

Certainly, realfood has been given a very bad name because people think that this type of diet is based on very strict diets, for when it is not like that at all. This type of diet works very well for weight loss because, by basing its large part of calories on plant foods, which tend to have fewer calories per unit of volume, it is very satiating and does not generate stress or anxiety.

It really is the most satisfying way of eating that existsSince, by basing 100% of your calories on whole plant foods, the volume of food and satiety is very high. In fact, there are studies that show that, despite eating ad libitum, that is, eat all you want, there is a loss of body fat.

It is one of the healthiest ways of eating that exist due to the large amount of vitamins, minerals and phytonutrients that this diet provides.

Although it is said that this type of diet is deficient in protein, it is not like that at all, since large amounts of protein-rich foods are included, such as legumes and oleoleguminous plants, nuts, soybeans and derivatives, etc.

In Vitónica | The science behind the real food movement, is it supported by studies or is it just a fad?

In Vitónica | If you have decided to start a vegetarian diet, avoid these seven mistakes to take care of your health and your weight

Surgeons are the first medical couple to climb Mount Everest