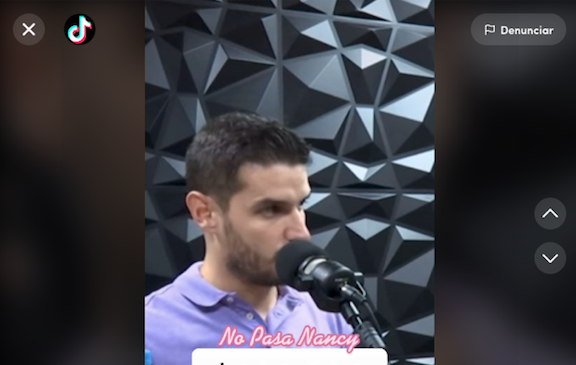 In a recent interview, the Multimedia host and content creator, Adrián Marcelo, revealed how much he earns from platforms such as Facebook and YouTube, without neglecting the importance that, in his opinion, television still has.

With the arrival of social networks and different platforms, television has been losing strength and, with it, internet personalities are positioning themselves more and more in the preference of people.

According to a study of wavemakermore and more consumers prefer the possibilities offered by platforms of streaming compared to traditional television.

In that sense, Young people are the ones who spend more time watching content from social media platforms. streaming. Specifically, 58 percent of young people between the ages of 18 and 24 worldwide watch television via streaming compared to 42 percent who consume traditional television; however, if we talk about people over 55 years of age, 33 percent choose the streaming and 67 percent television.

On the other hand, Mexico is one of the countries that consumes the most open television content. A recent report from Federal Institute of Communications (IFT) mentions that, of 100 percent of those surveyed, 75 percent still consume open television channels.

According to what was said in the study, the contents most watched by Mexicans are newscasts, soap operas and movies.

This, of course, does not detract from the fact that platforms such as YouTube continue to consolidate among users, to the point that, on occasions, a significant number of television hosts or workers create their own content only for social networks.

Adrián Marcelo, host of Multimedios, is an example of the latter, because, even though he is part of the content provided by traditional television, he is a character who has gained great popularity on networks.

Read:  Is it love or obsession? 1 in 10 stalks their partner on social media

During one more program of the podcast “Don’t pass Nancy”, Adrián Marcelo shared that, monthly, he collects 600 thousand pesos of income from YouTube and Facebook.

“That’s what we perceive all the work structure that I have in social networks, for example Radar, podcasts and all digital efforts. Together, the average is 300 thousand from Facebook and 300 thousand from YouTube”, mentions the driver.

In his next words, despite the amount he claims to receive from these platforms, he talks about the importance that television still has.

Although it is true that the television platform is still relevant for a considerable sector of the population, reality also dictates that content creators are on an interesting boom.

Just check what they say Morning Consult and Rebold, which affirm that, worldwide, there are more than 200 million content creators and in the Latin American region, young people are the most interested in developing themselves as influencers.

Previously, it was announced that Luisito Comunica, one of the influencers most followed on networks, generates monthly income of up to 329.84 thousand dollars per month, that is, an estimated 4.95 million per year, only from YouTube, this because the channels of the Google platform can earn between 3 and 7 dollars per thousand views, as reported Net Worth Spot.

In short, as digitization increases, the window of social networks will continue to generate even more possibilities for a society that will be more connected to the web.