By NicolasDecember 10, 2022No Comments6 Mins Read 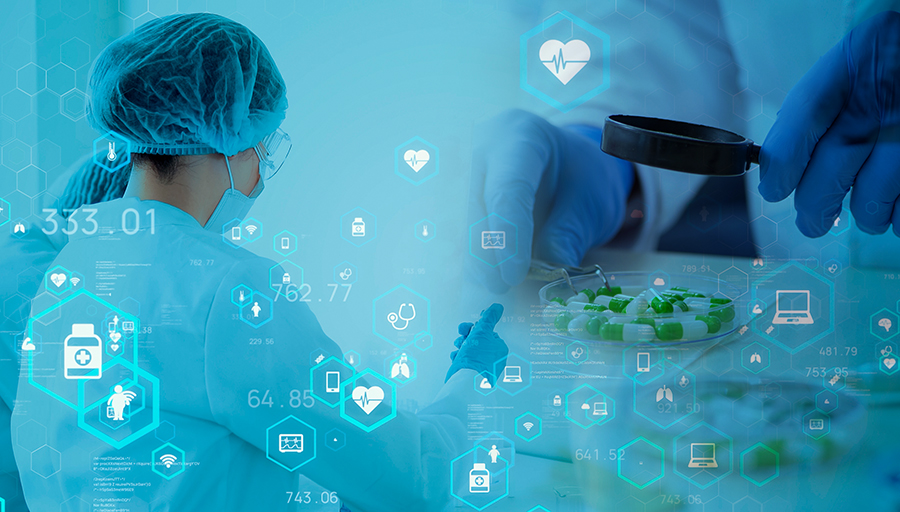 Three researchers from the National Autonomous University of Mexico (UNAM) were recognized with the first places in the Canifarma Award 2022. It is an initiative of the National Chamber of the Pharmaceutical Industry to recognize the most innovative inventions in medical matters that have been developed in our country.

In this case, the winners were the works focused on the development of novel treatments that could help in the health of people with diabetes; with neurodegenerative problems; and those who have suffered a cerebrovascular accident (CVA).

Winners of the Canifarma 2022 Award

Maria de Lourdes Massieu Trigo, of the Institute of Cellular Physiology, winner of first place in the basic research category, expressed: “For researchers it is always an incentive to have our work recognized. It is important not only to publish it, but to make it available for our colleagues to know about it.”

In the Technological Research category, the first place corresponded to Gerardo Leyva Gómez, an academic from the Faculty of Chemistry, who stated that “receiving the Canifarma award is an encouragement to teamwork, personal motivation and the highest distinction in the pharmaceutical area. In addition, it helps us promote a campaign to find out about this disease of spinocerebellar ataxia 7 and try to face it”.

Second place winner in the Technological Research category, José Juan Escobar Chávez, from the Faculty of Superior Studies Cuautitlán, considered that the distinction is a motivation to continue working in his line of research, and that in the future it could be a real benefit for society.

Massieu Trigo spoke about the discovery of a small molecule capable of helping to reduce brain lesions after a stroke in animal models by 60 percent, for which he won the Award.

Strokes are difficult to treat, explained the doctor in Basic Biomedical Research, with a focus on Neurosciences. So far there is no simple treatment because it usually takes time to get to an emergency room, that is, four or five hours after the event occurred, so the most efficient treatment to date is given with thrombolytics, but it has a short window of effectiveness.

Cerebrovascular diseases -including ischemic stroke- have occupied the sixth and seventh leading causes of death in our country in the last three years, according to INEGI figures, which is why it is necessary to search for new treatment approaches.

The university studies the molecules called ketones, especially D-Beta-hydroxybutyrate, which are produced in the body by breaking down fats, and reviews the protective effect of these in animals when they are challenged to a stress condition, specifically the absence glucose or sugars.

In collaboration with Luis Bernardo Tovar y Romo and Xóchitl Pérez Martínez, the researcher and her colleagues analyzed the impact of this molecule in mice that suffered an occlusion of the middle cerebral artery, which caused an ischemic stroke. They were directly administered the substance for between 24 and 48 hours.

Read:  The Netherlands tops the list in a new survey as the country most ready for the metaverse

The award will be used by the expert and her team to investigate the mechanisms of molecules, such as D-Beta-hydroxybutyrate, in addition to exploring how much autophagy or cellular cannibalism could help, because the cell degrades components that are damaged, so they still much remains to be done.

Nanospheres for a rare disease

Leyva Gómez works with her group of collaborators and students on one of the so-called “rare diseases” -which are not considered in the health system- for which there is hardly any diagnosis and no treatment: spinocerebellar ataxia 7 (SCA7), a neurological condition where the patient loses strength in arms and legs, mobility and visual loss; life expectancy is two years in adults and even less in children.

In five rural communities of Veracruz there is this disease, which has been described for the first time by the group headed by the doctor in chemistry. They identified a mutated gene in the brain, which, in the presence of the disease, overexpresses a protein that accumulates protein aggregates in a “corner” of the cell, until it irremediably affects it; causes symptoms and then death.

Thinking about the important scientific and social work involved in dealing with this disease, Leyva Gómez and his group have developed a medicine to attack SCA7. It is the design of nanospheres of about 200 nanometers, in which a drug called rapamicide is introduced.

“The brain has a natural protection called the blood-brain barrier, which makes it difficult for external agents to reach the brain, to protect it. For this reason it is difficult for drugs to reach that organ. The nanospheres evade that barrier and take the medicine to the brain, where we attack the sequelae of the disease”.

While advancing both in understanding the disease and in possible pharmacological solutions to deal with it, they plan to correct the gene whose mutation causes protein accumulation. So far they have demonstrated the mechanism of the disease in isolated cells and will soon test it in an animal model. Later they will be ready for human testing.

Escobar Chávez develops with his team of students new generation nanoparticles to carry a medicine and fight type 2 diabetes mellitus, directed specifically at the pancreas, thus achieving effectiveness with five times lower doses of medicine currently on the market.

“What was done was to generate nanoparticles, which involve nanotechnology and are made based on biodegradable polymers that the body can eliminate. These are loaded with an active ingredient inside (as if they were small capsules that we cannot see due to their tiny size), in this case a drug called glibenclamide, which is used to control blood glucose levels in patients with diabetes.”

The intention is to develop a new pharmaceutical form that is more efficient than what exists on the market. “Although glibenclamide already exists and is given in tablets, our proposal is to formulate it in a different vehicle, which would be nanoparticles so that there is better adherence to the treatment and better use of the dose.”

Pharmaceutical industry, prepared to work with the next government: Canifarma