Bullfrag
Home Technology Automobiles This is how Carlos Sainz’s Audi RS Q e-tron works for the... 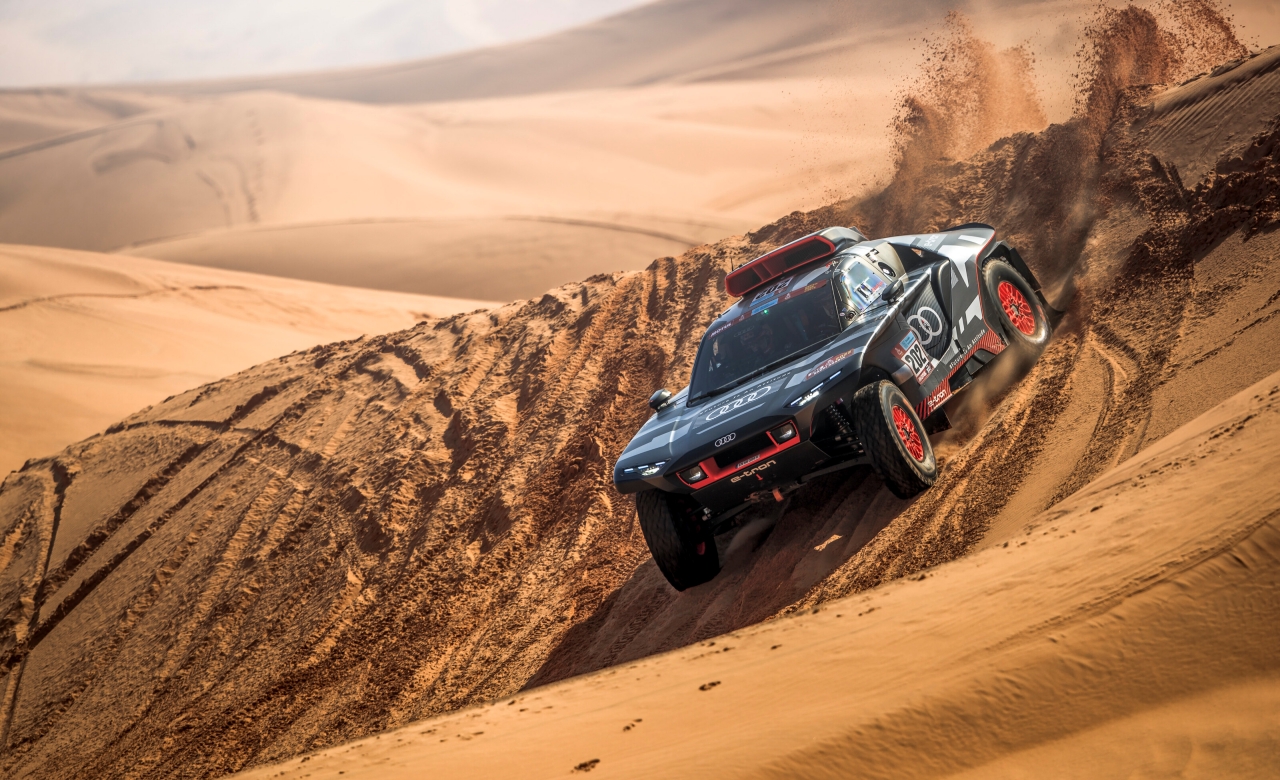 Audi’s first victory in the Dakar Rally came on January 4 with Carlos Sainz and Lucas Cruz at the controls of vehicle # 202. We tell you the peculiarities of a technology that in many cases has been wrongly classified as electrical.

When the victory of Carlos Sainz and Lucas Cruz was officially confirmed in the third stage of the most famous Raid in the world, the Dakar Rally, there were numerous headlines that claimed that it was the first victory of an electric vehicle in it.

However, this is not exactly true, as with current technology it is impossible to compete in the Dakar or any other long distance event with a 100% electric car, since autonomy in such a demanding environment would be clearly insufficient.

In any case, the victory of Carlos Sainz and Lucas Cruz with the Audi RS Q e-tron It is a historical milestone and then we will tell you why the car of the brand with the four rings deserves a worthy recognition.

Once we have clarified that the Audi of the Dakar is not an electric car, we have to say that it is not a simple vehicle with a heat engine or a conventional hybrid.

As we know, hybrid vehicles can be of three types: non-plug-in hybrids (HEV), plug-in hybrids (PHEV) and also mild hybrids or Mild Hybrid (MHEV). In all cases, the car in question has a heat engine that is responsible for moving the vehicle at all times, although it also has an auxiliary electrical system that helps reduce consumption and emissions in certain circumstances.

That is, it has two types of motor: one electric and the other with gasoline combustion. It is important to note that in no case is the heat engine in charge of moving the wheels of the car, but rather it works as an electric generator in charge of recharging the battery, which in turn powers the electric motor that does move the wheels.

Said battery can be plugged into a charging point and when it has enough energy, the gasoline engine does not intervene in the process and the vehicle does not generate emissions. When the battery needs recharging while the car is running, the combustion engine it turns on to take care of it and that the electric motor can work. This type of electric vehicle is technologically complex, which means that there are few models available on the market and even fewer in the competition.

This is how the Audi RS Q e-tron works

Focusing on Carlos Sainz’s vehicle, it uses a fully electric powertrain, with two motor-generator units (MGU) from Formula E. The high-voltage battery, developed by Audi Sport, is recharged while driving via an energy converter formed by the DTM TFSI engine and a third MGU unit.

The battery has a capacity of 52 kWh and the two electric motors are capable of generating up to 288 kW of power, that is, 386 hp. The operation of these three components is very similar to that of a pure electric car, since the battery is in charge of powering the electric motors, one on each axle to allow the vehicle to have four-wheel drive.

What is e-POWER, from Nissan?

The difference is that the energy is not supplied by a cable and its corresponding charging point, but comes from the heat engine, which rotates at revolutions set by the electronic control unit to optimize your performance at all times.

The heat engine runs on gasoline and is a block with Audi TFSI technology from the DTM and can perform charging powers up to 220 kW (362 hp). In addition, the gasoline tank from which it is fed has a capacity of 295 liters.

Therefore, it is not a hybrid car to use because it is the electric motors that move the wheels, but it is not conventional electric because it is not charged through the network. In summary, it is correct to say that Audi has achieved the first victory of a extended range electric car in the history of the Dakar.

What is buti yoga and how to practice it?