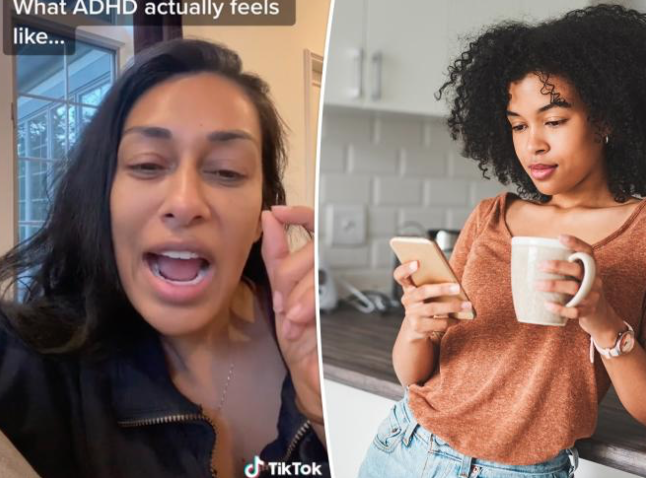 It is no secret to anyone that social networks have become a tool for people all over the world. Given this, some complaints have arisen after it became known that several women are diagnosing themselves with neurodivergent diseases such as ADHD (attention deficit hyperactivity disorder) after watching popular TikTok videos.

A report by We Are Social and Hootsuiterevealed that there are currently 4.62 billion network users worldwide, representing a year-on-year growth of more than ten percent.

In this sense, the favorite social network of many people is Tiktok, since on this platform people can expose their lives to others. An eMarketer study detailed that in January 2021, TikTok is among the top ten positions in the ranking of social networks with the highest number of active monthly users worldwide, after registering 655.9 million users worldwide.

They use TikTok to diagnose ADHD

Various specialists are warning that women are diagnosing themselves with neurodivergent diseases such as ADHD (attention deficit/hyperactivity disorder) after watching popular videos on the social network TikTok.

The doctors explained to the specialized magazine Women’s Health What are they the licensed professionals who should make the diagnosis, not the armchair “experts” on social media.

This trend has become common after various TikTok videos promoting the different symptoms of ADHD have gained popularity in recent years as some social media profiles they have become a safe haven for addressing mental health and spreading information and awareness to the people who consume that content.

Read:  TikTok teaches us three ways to use Shiseido blush

These numbers in visits have been alarming to health professionals, as multiple studies have found that girls, women, and gender non-conforming individuals are often undiagnosed, and their symptoms are dismissed as character traits or displayed differently than in boys or girls.

Let us remember that attention deficit hyperactivity disorder (ADHD) is one of the most frequent neurodevelopmental disorders of childhood. Diagnosis is usually made in childhood and often lasts into adulthood.

Worldwide incidence figures for ADHD range from 5 percent to 20 percent, which means there could be as many as 6.4 million children with the disorder. However, the most curious thing is that the number of cases has varied over time. Statistics indicate that from 1997 to 2006, diagnosed cases have increased at a rate of three percent per year.

As an example they also gave tiktoker Claire Bowman, who describes herself in her video as an ADHD advocate. What is surprising is that one of her videos listing questions to help diagnose ADHD in women went viral with over two hundred thousand views and hundreds of women sharing her emotional responses.

According to the CDC, many neurodivergent diseases are diagnosed at a very young age by a professional, but according to the testimonies of Women’s Healthsome women mentioned turning to social media as they “feel validated by their quirks or laziness after receiving a proper diagnosis in adulthood.”

In that sense, although social networks are a great tool for disseminating information, experts are concerned that people turn to the Internet for medical advice, because they warn that the symptoms can vary from one person to another and can indicate different or simultaneous diagnoses for a variety of conditions that exist in the world.