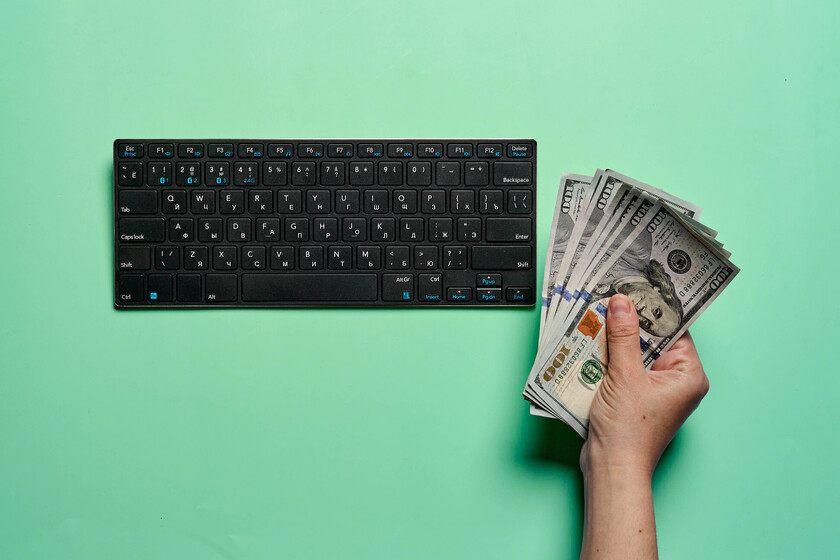 Free software developers have begun to get tired of maintaining projects ‘for the love of art’ from which multi-million dollar companies benefit, and on top of that having to put up with a barrage of criticism when something goes wrong. And criticism can come in the millions because, However anonymous their work may be, it is in many cases the basis of the current technological infrastructure..

A month ago, Internet server administrators panicked after the vulnerability known as Log4Shell came to light, a bug in the —until then unknown to the general public— Apache Log4J open source application, a critical component of thousands of services online that, as was discovered at the time, had been maintaining between three volunteer developers in the spare time that their ‘real jobs’ left them‘.

“Of course [el proyecto] He has problems, how could he not have them? They are doing the best they can. Why are we so reluctant to pay developers time for critical dependencies?”

That was what some users were wondering while the developers of the project they stayed without sleep trying to release successive patches of the software, thus avoiding potential millionaire losses to some of the world’s great technology companies.

“Please don’t be an idiot with them,” some tweets asked in the middle of the controversy, “because there are multi-million dollar companies that are using their tool without even bothering to donate $1,000 to them.” In fact, before the whole internet went crazy, the creator of Log4J had just three backers on the GitHub Sponsors crowdfunding website.

The GitHub Sponsors project itself had been launched exactly a year earlier, following a discussion GitHub’s director of communities launched in early 2019 on her corporate blog with an article titled “Let’s talk about free software sustainability.”

“Open source software (OSS) is ubiquitous, but it lacks financial and staffing resources. Developers and businesses benefit from a vibrant OSS ecosystem, but lack equally relevant incentives to collaborate, putting in time and money, with creating and maintaining projects. This drastically limits the value of OSS despite its enormous potential.”

Other jobs have contracts, salaries and incentives. But most open source developers—as important as the projects they develop—not only don’t have such luxuries, they often don’t even have the predictability of tips. All great precariousness entails great responsibility, It seems.

Read:  128GB of memory card at the price of demolition, and from Samsung: this microSD, on sale for only 12 euros | Technology

From boycott to abandonment, but ‘don’t count on me’

But some developers have started to tire. They are more than tired, go. Some, like Marak Squire, developer of two of the most popular open source NodeJS libraries (Colors.js and Faker.js), have opted for do something crazy and corrupt the code of both projects as a form of protest… catching millions of users in the middle.

The fakers.js ‘readme’, for example, has been reduced to a simple question: “What really happened with Aaron Swartz?”, which asks about the death of Aaron Swartz… but Squire has also wanted to make it clear in another post that

“I will respectfully no longer support Fortune 500 companies with my free work. Please use this as an opportunity to send me a six figure annual contract or to fork the project and have someone else work on it.

Others, like Christofer Dutz, the creator of Apache PLC4X, they have taken it more calmly, but they have also threatened to throw in the towel if the companies continue without supporting the development of their project. According to their GitHub blog post titled ‘Your “open source” free trial has expired, please upgrade to a commercial plan’,

“Industry seems to like using PLC4X and open source in general, but does not seem to be willing to support the people who work in it. Therefore, I will stop providing free community support for PLC4X.”

Dutz says he has focused for too long “on PLC4X without getting a lot of paid commissions, […] I have been running my business with a deficit for too long”. This 2021, in fact, has only managed to stay out of the red thanks to the only paid project obtained from the Spanish company Zylk.

Dutz cannot be blamed for not trying: he has used his own consulting firm to launch various crowdfunding initiatives aimed at porting Apache PLC4X to Python, Rust, and TypeScript… but these have hardly attracted any monetary backing.

“This is my last try. If this also doesn’t help me get at least some form of financial attribution for my hard work, I will shut down my business and there will be no further support from me.”

So you can find the best offers and promotions