They surprise with a Halloween costume and beer gains publicity 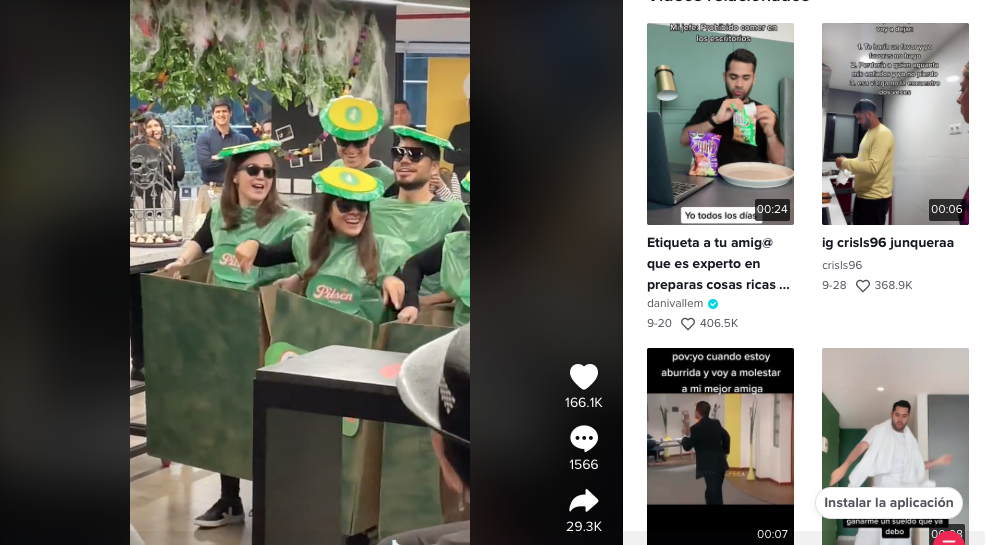 Social networks have become the best communication tool for many people, that is why in these media it is normal to find any type of stories of people. This is the case of a story that has gone viral due to the creativity of a work group that surprised all their colleagues when they arrived dressed as a Sixpack of beer at the Halloween costume contest organized by the company.

In the month of October, people in many parts of the world bring out their creativity with their costumes, with which they surprise others. Although it is an American holiday, Halloween is celebrated in many countries around the world.

According to a study by LendingTree, in the United States, people with the highest level of income will be the ones who are likely to spend the most, 340 dollars (about 6,800 Mexican pesos), compared to the average spend of 169 dollars, according to a press release on the results.

Also, the report mentions that a good majority of consumers, 87 percent, will spend on Halloween this year, and inflation is not making it difficult for consumers to buy, since spending is expected to be 16 percent higher than in 2021.

In Mexico, this date is added to the Day of the Dead, the National Chamber of Commerce, Services and Tourism of Mexico City (CANACO) He said that an economic spill of 4 million 213 thousand pesos was recorded in the country’s capital for the sale of food, flower shops, costumes, makeup, alcoholic beverages, lodging and canteens, among others.

Read:  The end of the year parties and the World Cup give air to the Mexican beer industry

The winning costume in trends

Through a viral video on the TikTok social network, you can see how a fun work team surprised all their colleagues by dressing up as a Sixpack of Pilsen Callao beers, a Peruvian brand.

The recording, which was made in a company in that country, has gone viral to the point that many people mention the brand in the comments so that they can see the loyalty and promotion that consumers make of it.

“HR: There will be a costume contest, dress in what you like the most,” says the video. Next, the people dressed in the colors of the beer appear, which is green, as well as the logo. gf

The recording has undoubtedly caught the attention of Internet users, registering more than 20 thousand likes and various comments.

“If you tag @Pilsen.oficial for recognition,” says one of the comments.

“they are the marketing team right?” reads another comment.

“Where can I leave my CV, I like the work environment,” says another Internet user.

It is not the first time that these types of brand loyalty stories have surprised people in the digital world, let us remember the cases of consumers who have organized Oxxo, Mercado Libre, and even Metro theme parties, with the sole purpose of myrtles your liking for that firm or product.