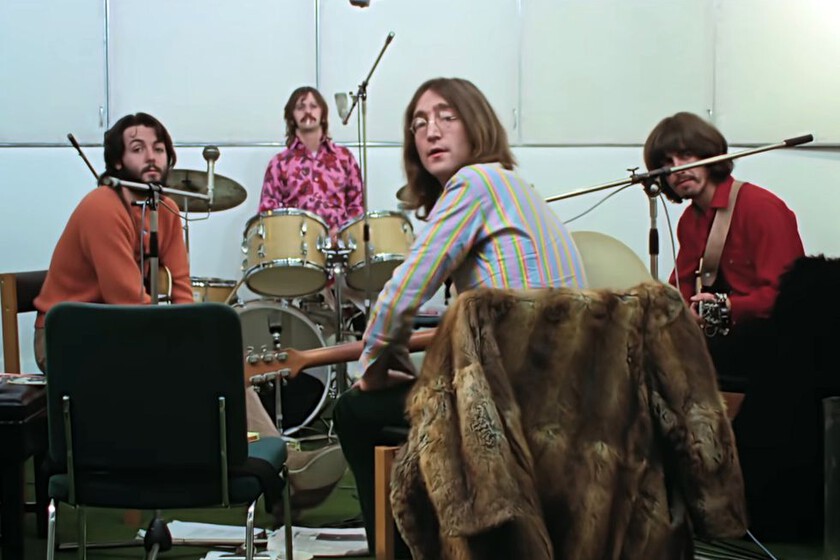 In these times, it is perfectly understandable that large studios bet on taking the scissors and pruning their fiction productions to trim content that could be considered “sensitive”, and thus cover a broader spectrum of the public by adjusting the age rating. What is much less consistent is that this strategy is intended to apply to non-fiction products.

This has been the case with ‘The Beatles: Get Back’; Peter Jackson’s documentary about the legendary British band premiered on November 25 on Disney + and whose three parts are preceded by a notice in which It warns of the presence of adult themes, people smoking and foul language. But the thing might not have been limited to a simple warning.

Neither cheat nor cardboard

According to Jackson himself in an interview with NME, the people of Disney intended to remove any hint of “inappropriate” language from the production; something to which the head of the group flatly refused, supported in turn by the protagonists of the function.

When Jackson first showed the documentary to Starr and McCartney, he encountered tremendously positive feedback and that, against all odds, it did not include any annotation or request for amendment.

“When they could see it finished, I was waiting for some notes. It would have been normal for someone to say ‘Oh, that piece where I say that … could you cut it?’, Or ‘Could you shorten that conversation?’ But I didn’t get a single note. Not a request to do anything. One of them said that seeing him had been one of the most stressful experiences of his entire life. ‘But I’m not going to make any notes.’

It seems that, after all, Peter Jackson’s decisions have been the right ones; including those referring to content, integrity, and a long duration of 468 minutes that makes ‘Get Back’ a dream for complete Beetlemaniacs.

What is stalkerware, the resource of digital stalkers and toxic relationships

The Taliban are excluding women from public life.