Bullfrag
Home Technology Gaming These pixel art masters imagine the most incredible crossovers in the Capcom... 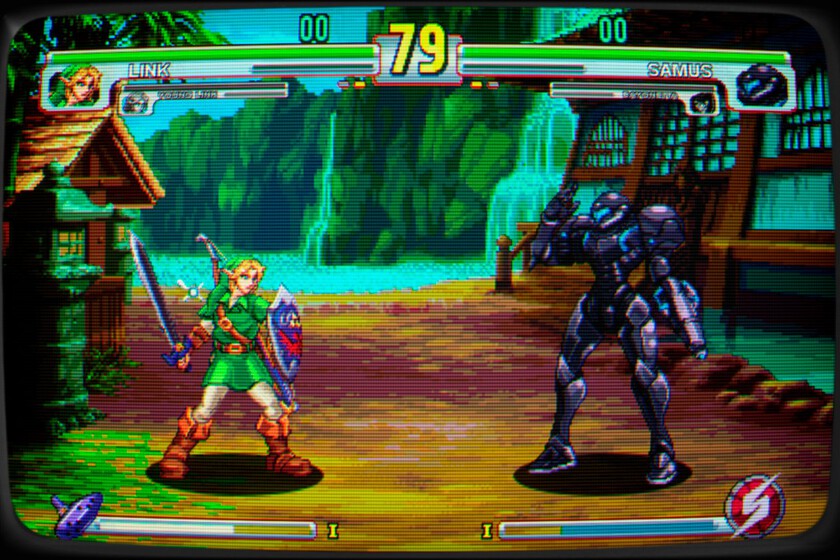 Imagine an alternate 1997. Capcom, who has unleashed the phenomenon of Street Fighter II, presents its new 2D fighting arcade. A dream collaboration with another entertainment titan. However, in this timeline someone stepped on the wrong bug in the past and instead of teaming up with Marvel or SNK, we’ll see Ryu battling Cloud from Final Fantasy. Or Princess Zelda. And why not? with Son Goku, from Dragon Ball.

A terribly far-fetched idea, but not much more so than any collaboration the World Warriors have been a part of in recent decades. Chun-Li leaves and deals with the Power Rangers and has just sneaked into Brawlhalla.

But what if instead of Jojo’s Bizarre Adventure Capcom itself had made a Midgar Fighter 3rd Strike? Kercy, a very talented Chilean Pixel Art artist that you can follow on @KdeKercy, he did not limit himself to asking himself that same question: he also dared to imagine the result recreating the mythical style of the sprites of the Osaka company of the late 90s. And it looks that good.

Kercy not only has a master touch when it comes to reimagining the characters of Squaresoft (and the current Square Enix) by integrating them into the settings of the Capcom classics, but he also dares to imagine what the game of Squaresoft would have been like. Dragon ball Capcom that never was. 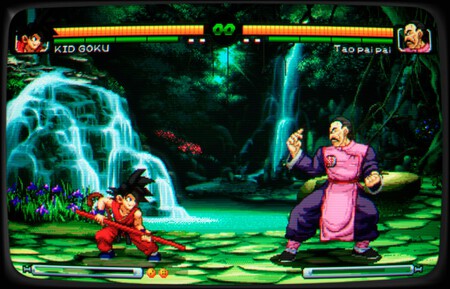 At this point, and as many of our readers will know, it is time to make an obligatory mention: this initiative is not exactly current or new. For more than twenty years, a very talented community of fighting game enthusiasts has brought their favorite heroes, villains and characters to the Capcom style. through MUGEN, a free fighting video game engine.

What’s more, Hyper Dragon Ball Z takes more than five years masterfully combining the explosive battles of saiyans with the visual and playable style of the Marvel vs. Capcom. And the result in motion speaks for itself.

Kercy himself has created a terrific assortment of Capcom arcade-style fighters by taking personalities from video games, animated series, and other media. But it doesn’t end there: he’s even imagined a Resident Evil beat’em up. 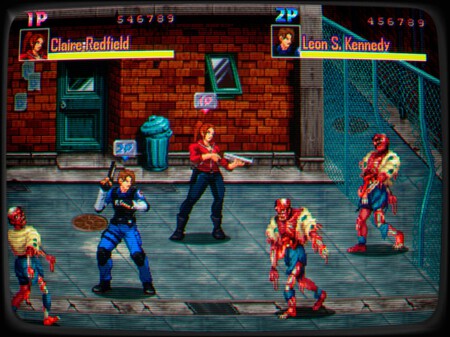 There’s no denying that the plot and events of Resident Evil 2 would suit your own arcade wonderfully; and recreating Cadillacs and Dinosaurs-style the inevitable showdown with Lady Dimitrescu from Resident Evill Village is the kind of experiences that swirled players around arcade games. 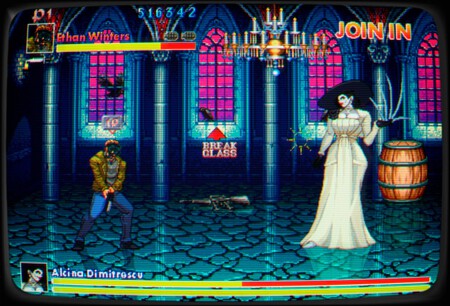 There’s a ton of talent when it comes to imagining these Capcom-style pixelated crossovers. On Extra Life We have contacted several pixel artists who have not limited themselves to imagining what the great icons of video games, television and the big screen would be like, but have also shaped them inspired by the aesthetics of games such as Street fighter alpha or DarkStalkers.

A great example of mastery is the artist Alan (you can find it on Twitter as @alan_not_allen), who has crafted his own dream crossover for a Marvel vs. Capcom 3 alternative that continues to bet heavily on 2D and that adds many of the characters that have not yet appeared in this saga or spectacular 2D versions of Marvel vs. Capcom Infinite. 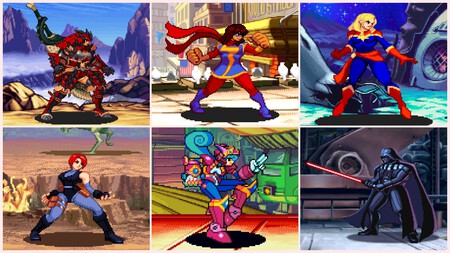 What would Alan’s job have looked like on the Capcom game? Judge It For Yourself: This build integrates your Ghost-Spider (with the original Spider-Man base) into the Marvel vs. Capcom original. The result is flawless. 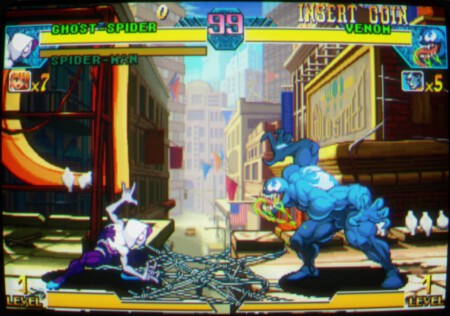 And there is little to say to his version of Lady Dimitrescu. A Final Boss literally on a par with Onslaught himself. 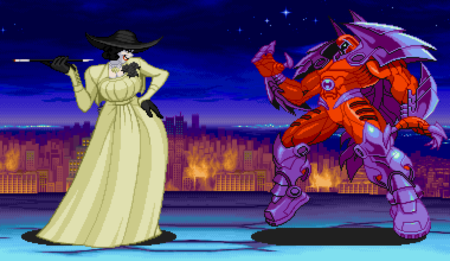 In fact, and as you can see just below, if Capcom had gone back to Marvel vs. Capcom Infinite With the classic sprtes we are sure that more than one passionate about fighting games would have applauded the decision. 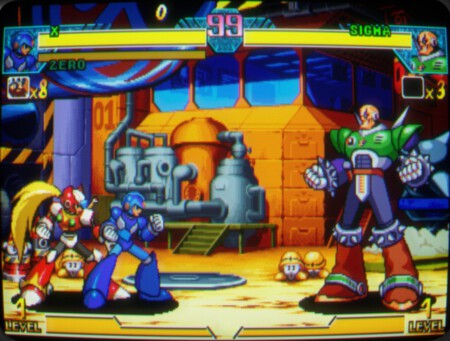 As a side note, when a Pixel Art is well done the result is always impressive. Even when it is inspired by the sprites of the mythical NES. What’s more, Alan has reimagined almost all Super Smash Bros. Ultimate fighters in the 8-bit style and they look that good. 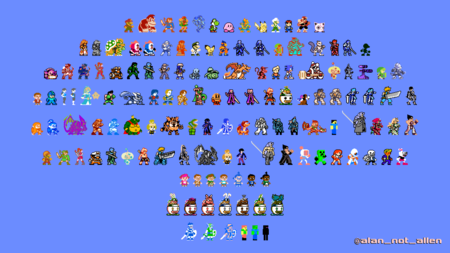 Of course, the pixel art of these artists goes beyond imagining dream crossovers: how to masterfully integrate them into fighting games is an essential part of the work. And that’s where artists like Barker (@BarkerMugen) make a difference.

Barker is a member of the Team Z2, the team that is shaping Hyper Dragon Ball Z. And although his passion for Toriyama’s work is obvious, his dreams of making Capcom-style fighters go beyond Dragon World and even dare to imagine spectacular scenes and ongoing battles with anime heroes.

How would the United States of Smash, the most powerful technique in All Might, arcade style? Barker gives us the answer. 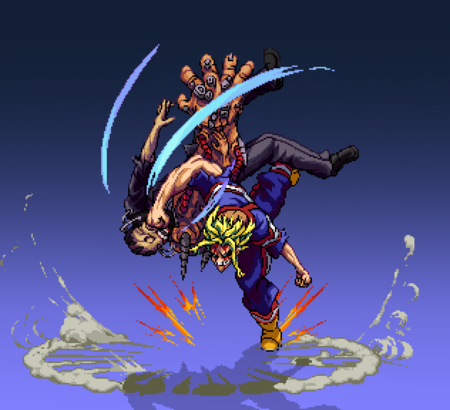 Even with the interface of the mythical Pocket fighter by Capcom, an arcade version of Hunter × Hunter would fill readers of Yoshihiro Togashi’s work with fanservice. 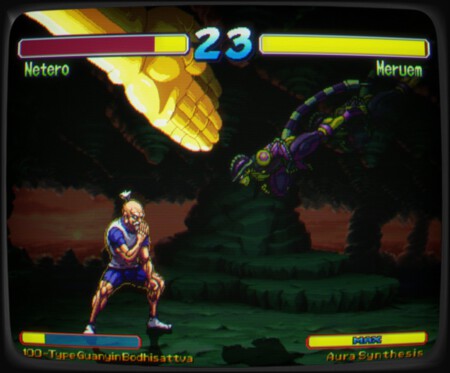 For additional reference, this is what Barker’s work looks like without the tube TV effects. One last. 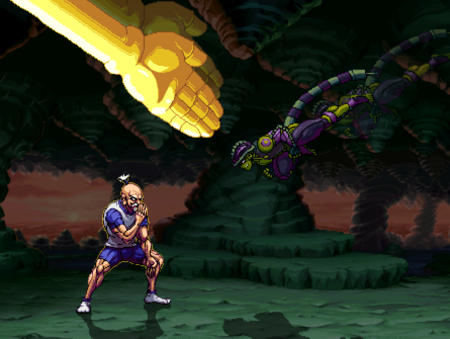 What’s more, Barker is very clear about how the main protagonists of Yuyu Hakusho Capcom style. A change of style that, everything is said, does not sit at all bad to the characters of Yoshihiro Togashi. 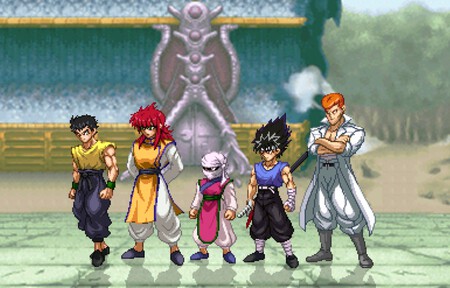 The artists Kercy, Alan and Barker they have allowed us to share part of their work very kindly in Extra Life. There’s definitely a lot of talent and nostalgia for the days when Capcom was taking the arcade by storm. As fans of the golden age of arcade games, we can’t wait to see your next creations.