Bullfrag
Home Technology these are its official price and availability 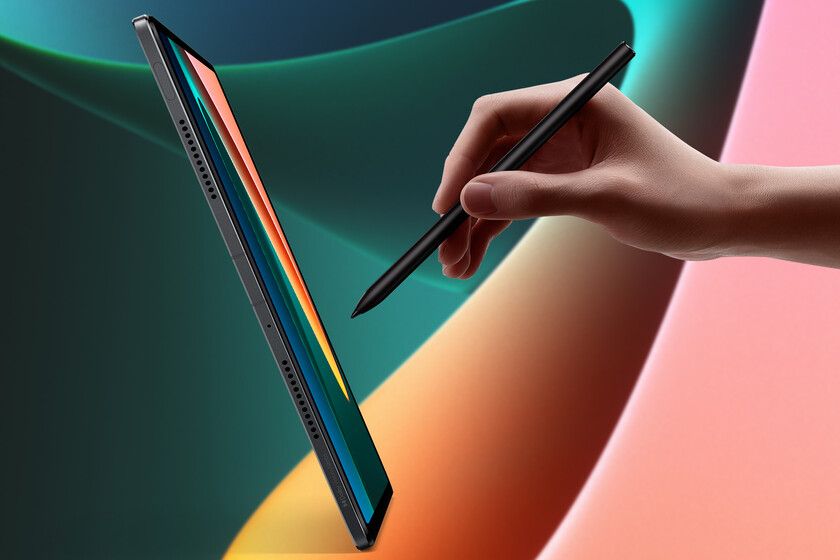 Little more than a month has passed since Xiaomi presented in society the new generation of its smart tablet, the Xiaomi Pad 5, a device with which the Asian firm resumed its journey in the world of smart tablets with Android.

The question remained as to whether this new generation of product would reach the rest of the markets and, luckily, we are in luck. The new Mi Pad 5 It has just been presented in Spain and we already know all its details, including prices and date of commercialization.

Data sheet of the Xiaomi Pad 5

Straight to fight with Apple iPads

It is true that we already knew all the details about its design and it will not surprise us, but we must also admit that this is a really nice device. The new Mi Pad 5 maintains an appearance consistent with the rest of Xiaomi products, with a clean back where we find a camera module in a square format similar to what we have seen in the Xiaomi Mi 11 family.


Its edges are completely flat in the iPad Air style, and we have a very well used front in which there is a 11-inch LCD panel with 2.5K resolution (2,560 x 1,600 inches), refresh rate reaching 120 Hz, as well as compatible technologies such as Dolby Vision, HDR10 and TrueTone.

READ:  The moderators of the Xiaomi forum resign en bloc for the 'very aggressive marketing' of the brand

Other interesting details is that it has a really contained weight of only 515 grams and a thickness that reaches 6.86 mm, thus providing a fantastic ratio between size and weight of the device, which will make its transport comfortable and light.

In addition, this Mi Pad 5, as we saw in its presentation in China, comes with a really useful accessory (which will have to be purchased separately). We are talking about a optical pencil with which we can interact in a simple way with the interface and that can be placed on the side of the device for loading. As for the physical keyboard with which it was presented in the Chinese market, we have no news.

If we take a look at the hardware that makes up this Mi Pad 5 internally, we will find ourselves in command of the operations to the Qualcomm Snapdragon 860, 6GB RAM versions with a choice of 128GB and 256GB storage and a battery that reaches 8,720 mAh with fast charging of 22.5W with the charger included in the product box.

Finally, you also have to know that it comes with the latest version of MIUI for Pad inside running on top of the Android operating system and has a camera configuration that is as follows:

Price and availability of the new Xiaomi Mi Pad 5

After its presentation in China, we can finally enjoy the new Xiaomi Pad 5 in Spain. This can be purchased at different versions of 6GB of RAM and 128GB or 256GB of storage and two different color finishes: Gray and white.

Teams wants the Skype site on Windows 11, we’ll see if it succeeds