Bullfrag
Home Technology these are all their differences 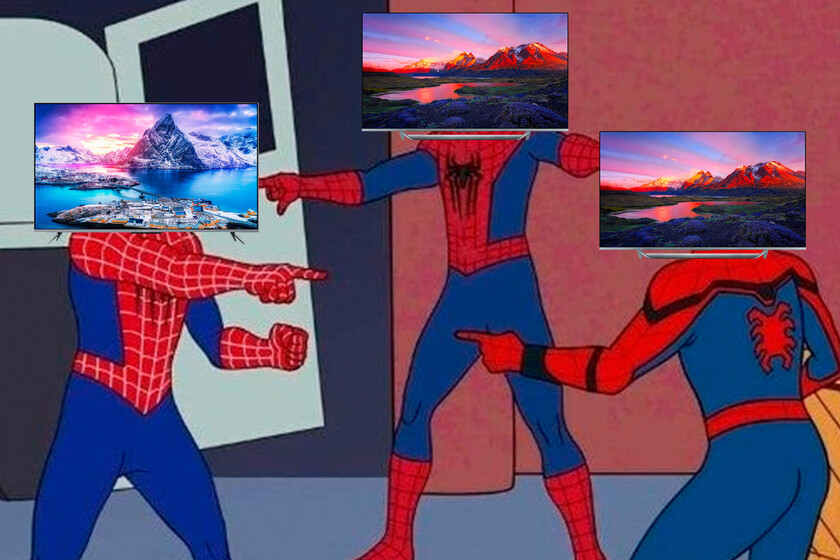 Just a few hours ago, Xiaomi announced in Spain its new smart televisions of the Xiaomi TV Q1E series, a product that has raised many doubts among users given their similarities with the already known Mi TV Q1 but be careful, because both teams are not the same and there are differences between them.

You should know that the new Xiaomi TV Q1E series comes in two different panel sizes to choose from between 75 and 55 inches, for only the 75 inches of the Mi TV Q1 model, But these are not the only differences between the two, so we are going to review all of them so that you know them in detail.

Three televisions that bet on 4K but with subtle differences


It is true that this movement by Xiaomi is somewhat confusing, especially at the level of the 75-inch models of the Mi TV Q1E and Mi TV Q1, but there are slight differences that mean that both models are not exactly the same. Aesthetically both are practically identical, with a refined and premium design, and the aspect in which they change is in their physical connectivity, being as follows:

Read:  Get ahead of your Christmas gifts: Nintendo Switch has 20 euros discount and free shipping in Worten | Technology

Of course, where we see a more differential design is in the 55-inch model of the Mi TV Q1E, where we find a Double support stand located at the lower ends of the product, while the 75-inch models maintain the same elongated base format for a greater support surface.

Another of the differences that we are going to find will be internally, where we have slight changes at the level of implemented technologies. For instance, the MI TV Q1 model integrates Dolby Vision compatibility something that, at least on paper, the Q1E models cannot enjoy.

In addition, in the case of the 55-inch variant of the Q1E we see how the refresh rate of the panel is clearly lower than the 75-inch models, remaining this in 60 Hz for the 120 Hz of its brothers.

A detail that we cannot see with the naked eye is the implementation of audio systems in this new generation. Previously, The 75-inch Mi TV Q1 integrated an elaborate system made up of six small 5W speakers that managed to reproduce different frequencies separately.

In this new generation we see how they have opted for the classic format of two 15W stereo speakers that match the 30W power of the Q1, but they will not give the experience of separation of frequencies that the latter offered, at least on paper.

For the rest, we found few differences between the three models beyond one obvious higher pixel density per inch on 55-inch model, but all of them mount panels with 4K resolution, same CPU and GPU power, same internal storage and even identical Android TV 10 operating system.

Finally, as expected, the price is another of the key factors to take into account in these three models. Of course, The 55-inch Mi TV Q1E variant is the most economical with a price of 799 euros, while the Mi TV Q1E and Mi TV Q1 75-inch models can be found at the same RRP of 1599 euros.

Of course, we must bear in mind that only the latter can be purchased at present with a slightly lower price for the Mi TV Q1 given its time on the market but, unfortunately, for the 55-inch Mi TV Q1E We will have to wait until next November 11 to be able to get it in Spain.