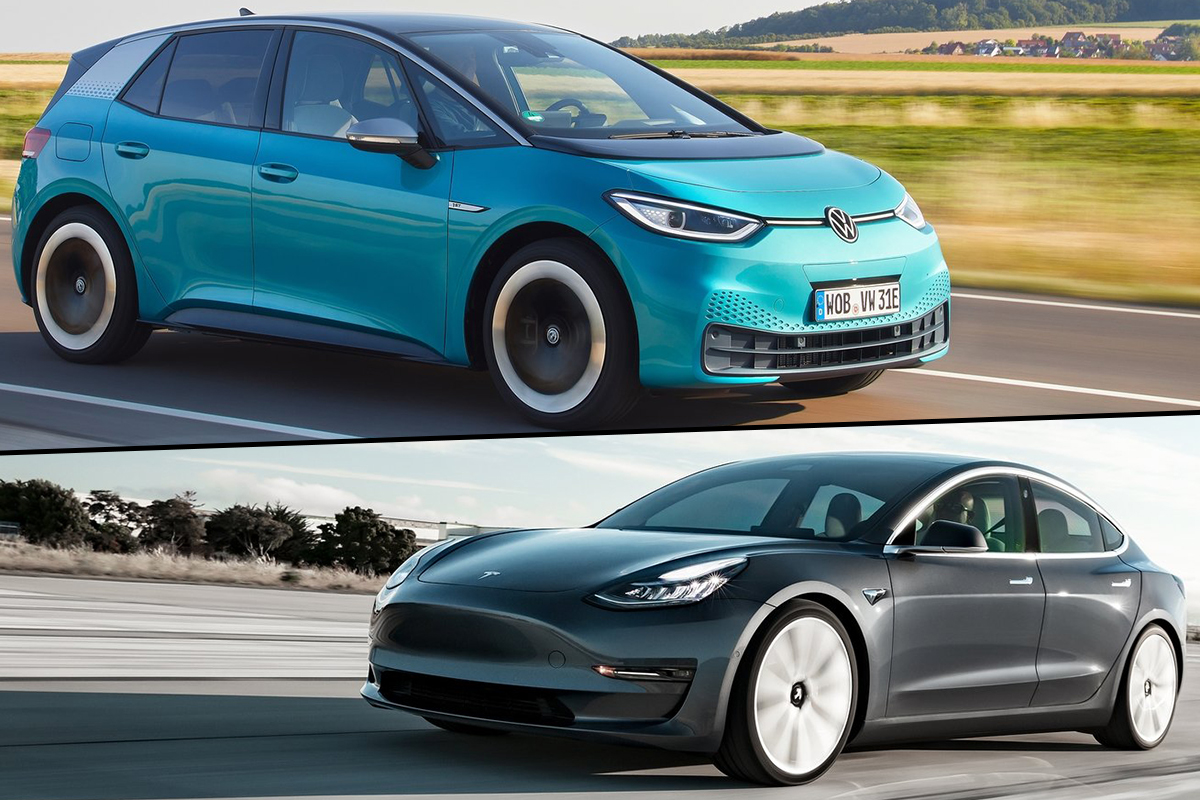 Volkswagen is determined to end Tesla’s reign. A very important report shows that the end of Tesla’s leadership is close to his disappearance. There is already a date for the coronation of Volkswagen as the leader in sales of electric cars. And it’s just around the corner.

Just a few years ago the Volkswagen Group has launched all its machinery with a clear objective. Become a world leader in electric mobility. An ambitious goal that goes through dethroning the current benchmark of the electric car. Tesla brand. An important new report published by Bloomberg Intelligence makes it clear that the end of the reign of Tesla and the coronation of Volkswagen is just around the corner.

The published information indicates that the date on which this change in the throne of the leadership of the electric vehicle will take place is just around the corner. But, How long will Tesla hold the crown? Let’s go into detail and analyze the main keys of the aforementioned report.

Volkswagen will overtake Tesla before 2025

The report indicates that in approximately 18 months the particular “sorpasso” will take place. The key date will be the year 2024. The Volkswagen Group already sells more electric cars than Tesla in Europe. The German automobile conglomerate, which includes brands such as Volkswagen and Skoda itself, reached 310,000 electric vehicles sold in 2021, compared to less than 170,000 units obtained by Tesla.

Beyond the role that the Volkswagen Group already plays in the Old Continent, if we focus on the United States, we will realize that the situation is totally different. In the North American country it barely holds a small market share. During the past year it barely sold 37,200 units. Compared to Tesla it is a bad result, but if we look back, we find a remarkable growth compared to the convulsive year 2020.

Read:  The new MG4 Electric already has a price in Spain, beware of competitors!

The Volkswagen’s new electric cars are showing great popularity, and proof of this is that all the production planned for this year has already been exhausted. Although the stock crisis caused by the global shortage of microchips must be taken into account, it is a clear sign that the company is doing things well in the field of electrification.

On the other hand, this report foresees that the global electric vehicle market share will reach 15% by 2025. In 2021, this percentage stood at 6%. China, Europe and the United States will be key in this increase.

The third step in the ranking of electric car sales in the global market will be, according to this report, for BYD, one of the giants of the Chinese automotive industry. What’s more, curiously, the prediction is made that BYD will be able to maintain its local leadership, but will be closely followed by Changan and Geely, respectively. Dongfeng will also provide very severe competition, as well as the two big electric vehicle startups, Nio and Xpeng.

The luxurious car in which Dani Parejo takes all eyes