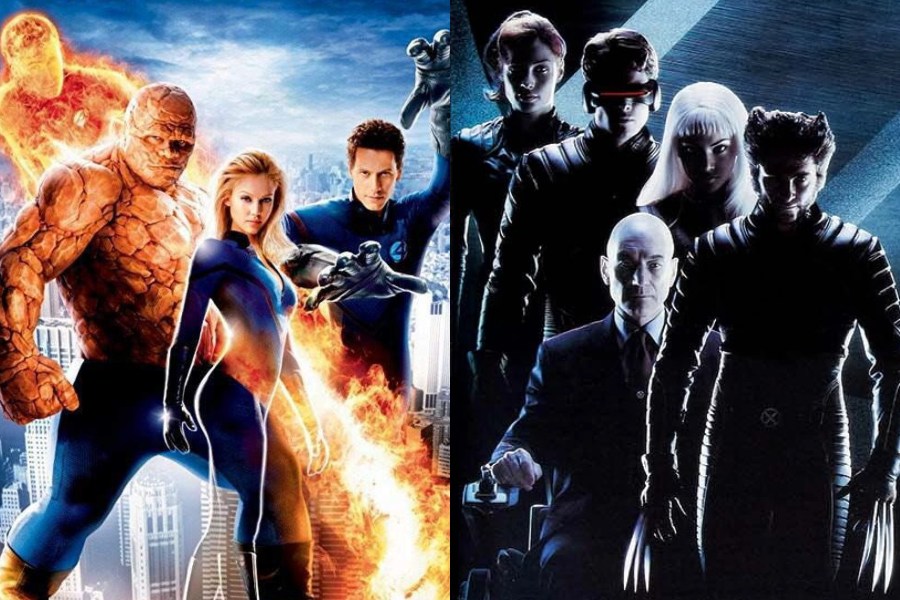 In the 2005 film Fantastic Four, an easter egg links the path of the first superhero family with the X-Men.

Before 21st Century Studios was owned by the Walt Disney Company, and the X-Men and Fantastic Four came to Marvel Studios, this pair of Marvel franchises was run by 20th Century Fox, and their idea of ​​uniting mutants and the The first family of superheroes was created in 2005, thanks to an Easter egg.

It may interest you: Fox sought to bring the movie X-Men vs Fantastic Four to the cinema

If you remember the 2005 Fantastic Four movie, directed by Tim Story, in a scene (at minute 54:22) Sue Storm walks on one of the streets of New York, where she comes across a newsstand, where she sees the People magazine cover with her face and the question Who do you work for?

Do not lose sight of the cover, there are also two familiar faces, those of James Marsden (takes a look at his next superhero role) and Rebeca Romjin (The mystical Rebeca Romjin).

Do the names sound familiar to you? Right !, James Marsden was Cyclops and Rebeca Romjin played Mystique in the first three X-Men movies, filmed between 2000 and 2006.

This is not the only idea that Fox had to see the X-Men and Fantastic Four on stage, since in 2010 the studio wanted to adapt Civil War with these two teams. Screenwriters Ashley Edward Miller and Zack Stentz were in charge of adapting the plot of Mark Millar and Steve McNiven.

READ:  What character would it be? Chris Pine could arrive in the Marvel Cinematic Universe

Mr. Fantastic and Wolverine would star, who would engage in a fight where the mutant would be seriously injured. At the end of the film, the heroes would make amends, letting the sequel be seen on the horizon, which would be an adaptation of Secret Invasion.

Now Marvel Studios plans the reboot of Fantastic Four, a film that will be directed by Jon Watts, while X-Men looms in the future of the Marvel Cinematic Universe.

Do not miss: Top 5: Theories of how X-Men and Fantastic Four would debut in the MCU

Marvel Studios will once again feature a minor villain

When do they stop being babies?