The role of influencers in the World Cup 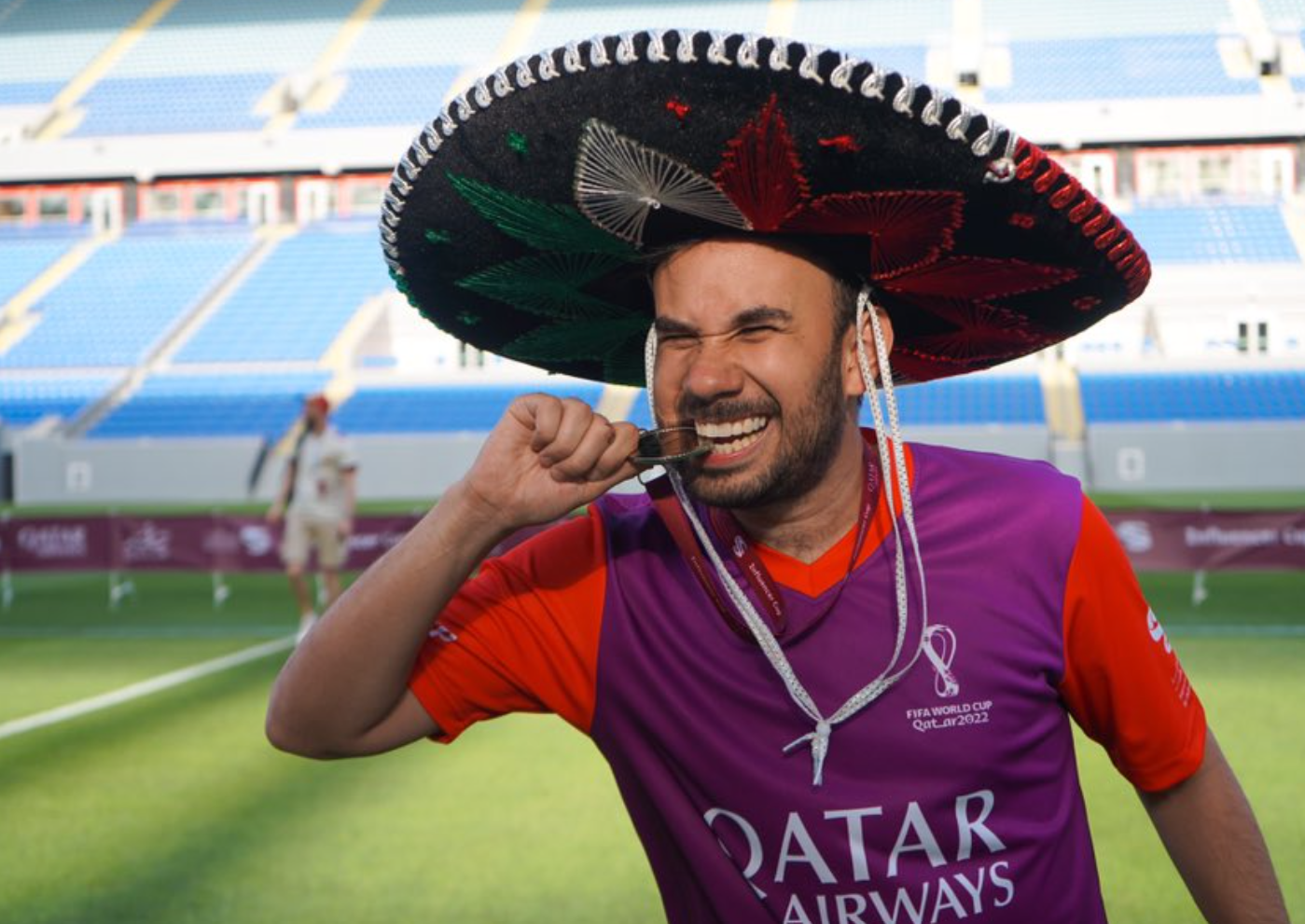 Argentina is champion, and now that the World Cup is over, it would be worth talking about the role of influencers who, like Messi with soccer, have come to revolutionize the world of advertising and marketing.

The content creators of TikTok and Twitch have made the World Cup in Qatar an atypical space, becoming the central focus of media, brands and audiences. And it is that, although the television stations are the ones who have had the transmission rights, the truth is that streamers are increasingly part of these events and sneak into other communication media.

The popularity of streamers continues to grow. This fact has allowed sponsorships to become increasingly interested in expanding their horizons. More and more brands decide to collaborate with influencers and streamers, like the case of Flink and Rainbow7. Some others, like 7-Eleven or Maruchan, have entered new territory directly, creating their own video game teams or their own tournaments and platforms.

We also have that, during the pandemic, digital content intensified. Podcasters gained great popularity, as happened with La Cotorrisa, who found a place in the World Cup with TV Azteca. The content of Werevertumorro and Diego Ruzzarín led them to join the Televisa team. Famous Spanish-speaking streamers like Ibai, El Rubius, Juan Guarnizo, Auronplay, Ari GameplaysThey were not left behind either, as many of them occasionally talked about these issues during their live shows.

The truth is that the professionalization of gamers and the democratization of digital platforms have changed the way we understand the world. Its referents are no longer on television, or not completely. Now entertainment has turned to other channels, and the Qatar 2022 World Cup has been just the tip of the iceberg, what is coming for the 2026 World Cup, in Mexico, Canada and the United States, will be the explosion of this work.

Interview with Tagger: the role of influencers in the world Cup

After Argentina’s triumph, it seems that the World Cup will be left behind in the digital conversation, however, there is still a lot to say about this and about the role of content creators. To explain how influencers have generated an impact in the World Cup, Mauricio Villa, Director of Strategy at Tagger, the social intelligence platform for planning marketing campaigns, shared for Merca2.0 readers how, from his point of view, , this has happened:

“Influencer engagement changed the way traditional media engage with new audiences. The new opinion leaders obtained rights to broadcast matches, exclusive interviews with players, and access to brands to grow their audiences. Several traditional media hired influencers to reconnect with younger audiences by creating content that was fresh, irreverent, and even far from the editorial lines that only sought to talk about football. They became the main transmitters of emotions, of the color prior to and during the matches, and they transmitted various events more immediately on their social media accounts”.

For the manager of the platform, an example that shows why Qatar 2022 was the “World Cup of Influencers” it happened in the middle of the opening with the appearance of Ghanim Al Muftah, a Qatari content creator who shared the stage with Morgan Freeman at the opening:

“Al Muftah, 20, has more than a million followers on YouTube. This is one of the many cases where brands and associations opted for strategies of influencer marketing to attract younger users to the World Cup. Another interesting case was Pepsi’s “Thirsty for more” campaign, where players like Messi and Ronaldinho displayed several tunnels together with content creators like Luva de Pedreiro, also known as Receba, who is a famous Brazilian tiktoker and instagramer with more of 12 million followers, and Kaljit Atawl, soccer influencer with more than 100 thousand followers on Tiktok and Instagram”.

For the specialist, the commitment of the brands to these creators facilitated the capture of new audiences, and the existence of metrics not only helped them identify the most suitable profiles to work together, but also allowed them to take into account who have worked and how they worked.

Read:  hellish strategy will be waged with players from all over the world

This, according to his words, is also because the influencer marketing It has grown exponentially in the last 10 years. From their perspective, this fact is what has given them greater credibility before the audiences and a different value before brands and television stations. However, he considers that there is still a long way to go in relation to the professionalization and formalization of the market. “There is no doubt that we are on the right track,” he says.

Finally, when asked about what the industry has in store for the 2026 World Cup regarding its opportunities, this is what he commented:

“The next World Cup will be highly relevant not only for the sports segment in Mexico, the US and Canada, but also for their economy and what this implies for SMEs. In this sense, the profiles and industry of the influencer marketing They will play a fundamental role in promoting the commercial offer in the countries, from micro, small and medium-sized companies to transnationals. This means a sea of ​​opportunities for businesses and influencers themselves to grow and consolidate their voice”.

Presented in “La Mañanera” tourist offer of the Marías Islands

AMLO would seek to disappear the Conacyt; this is the initiative