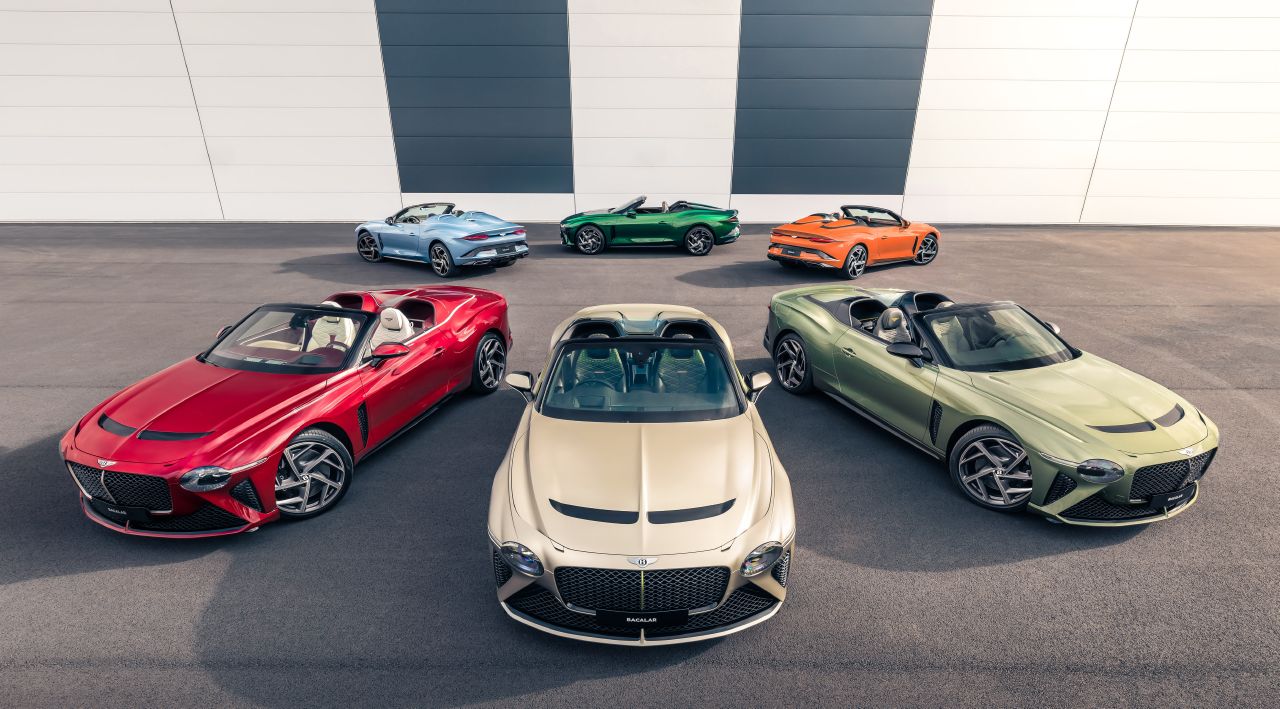 Those of Mulliner have already delivered eight of the dozen available units of the exclusive Bentley Bacalar. The Continental GT Cabrio-based roadster is a one-off creation nearing completion of production, with the next one-off already in the minds of the customization division.

The explosion in sales Bentleyfrom which they say that not a single unit comes out the same as another of the Crewe production lines and thanks to the experience of the craftsmen who make up the team of the customization division of mulinerwas a real prize for this with the creation of one of the most exclusive models ever manufactured.

It is so special that it is not even found in the product catalogue. The Bentley Bacalar it’s a one-off only available to more than exquisite and exclusive customers, capable of paying anything to get hold of one of the twelve available units. Already eight have been delivered, four are missing and are expected to be delivered before the end of the yearso the firm has decided to show some of the colors that dress the bodywork of this roadster based on the Continental GT Cabrio.

The four are waiting to pass the quality control, and board the transport to their destination. The most special one is a metallic orange one, called «Orange Sunset», a painting that dresses his carbon fiber bodywork and that contrasts with the great 22-inch alloy wheels painted black.

For the interior, white leather upholstery has been chosen, contrasting with sections in black Alcatara and details in the same color as the exterior. It should be noted that its exclusivity is not only measured in its light outer body, but also in other details. For example, you need nothing less than six months to be producedand the driver’s seat alone features nearly 150,000 thread stitches for contrast stitching, and an oval perforated trimmed bench and seatbacks

The cabin décor features bright and satin metals in black, tinted colors, bright chrome or satin carbon fiber. A unique atmosphere that has no limits to satisfy customers, and is completed with a powerful 6.0-liter W12 engine with a maximum output of 659 hp and associated with an 8-speed DCT automatic transmission and all-wheel drive. The most interesting thing is that Mulliner already has another project in mind, of which he has not given details, but confirms that it exists and will cost more than 1,778 million Euros that costs a “simple” Bacalar.