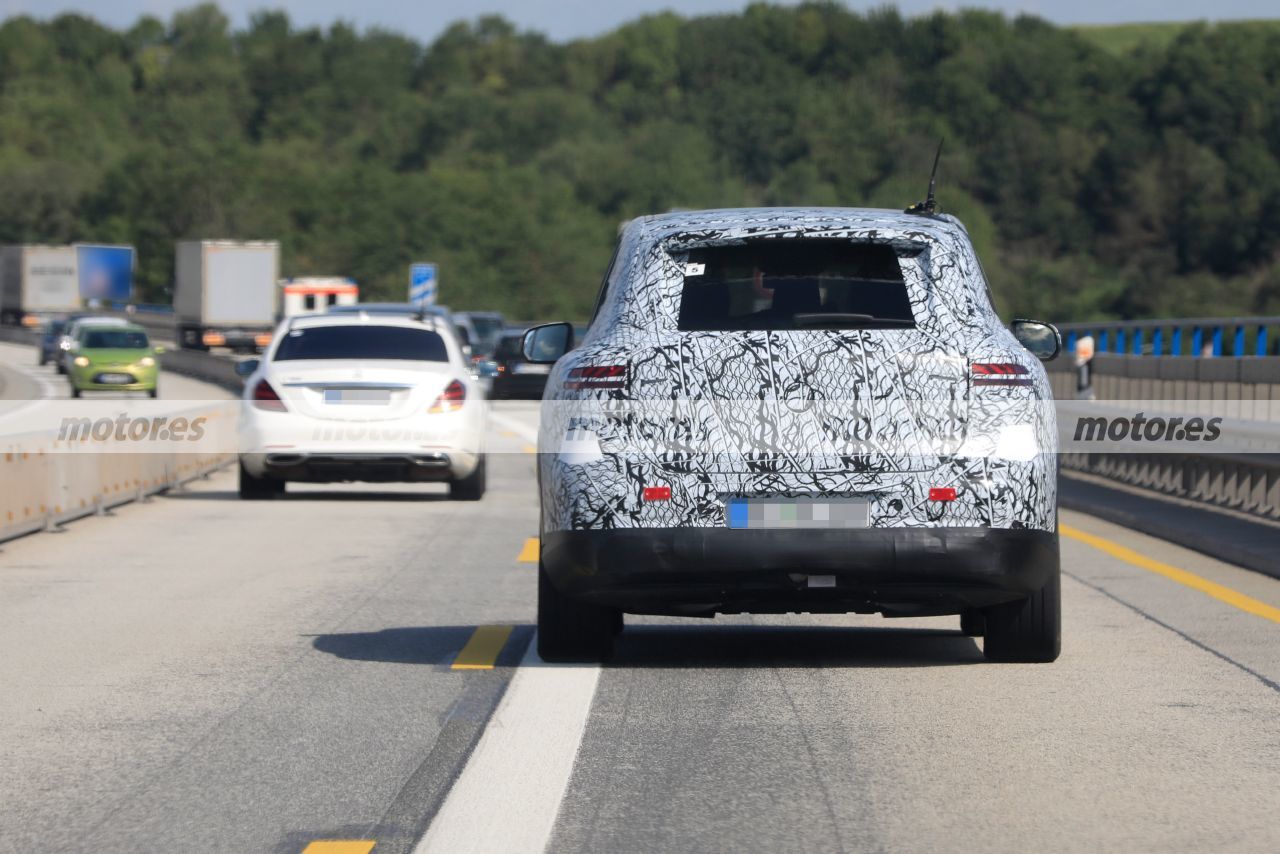 The Mercedes EQS SUV 2022 is not uncovered but it does present new details in these spy photos, just over a month before its world debut. The brand of the star has taken a giant step in its development, already mounting all the production headlights and with a significant loss of camouflage that reveals its true proportions.

The SUV variant of the new Mercedes EQS, which has the same commercial name, has taken the long-awaited giant step that was being made to beg. Just a few days after the star’s signature previewed a teaser confirming the most luxurious option with the Mercedes-Maybach emblem. A veritable wave of spy photos showing the electric SUV, even charging its battery.

The new images also represent an important uncovering, since it has lost the pieces that deformed the true design, and reveal its proportions and part of its design. For the first time, we can see the real body shapes, with suggestive lines and very aerodynamic that have nothing to do with the Mercedes SUV range. The sharp headlamps feature the daylight on the upper edge, very camouflaged as well as the grill that will present the same design as the saloon.

The Mercedes EQS SUV 2022, a novelty at the Munich Motor Show

A very vertical and flat front, while from behind, a large smooth tailgate occupied by thin horizontal pilots across the rear between the ends, and with the license plate on the bumper. Despite the large dimensions, the EQS SUV has a very balanced design, integrated door handles in the panels and a rear window housed in the C-pillar that remains covered. A model to be offered exclusively with five seats, instead of seven.

The interior of the EQS SUV appears completely covered, but it does expose the turbine-shaped vents, so it will inherit the design of the dashboard of the saloon, also included the big digital screen «Hyperscreen MBUX» covering the whole piece and equipment. In fact, the spy photos also show the auto-steer rear axle, with up to 10º turn reverse to facilitate maneuvering.

The new Mercedes EQS SUV will be one of the great world novelties that those of the star have prepared for the imminent Munich Hall, to be held in early September. Little more than a month to know all its details, although the range of versions will also be shared with the saloon. The X296, as it is known internally, will offer up to 700 kilometers of maximum range on a single charge, being scheduled to open order books at the end of the year.