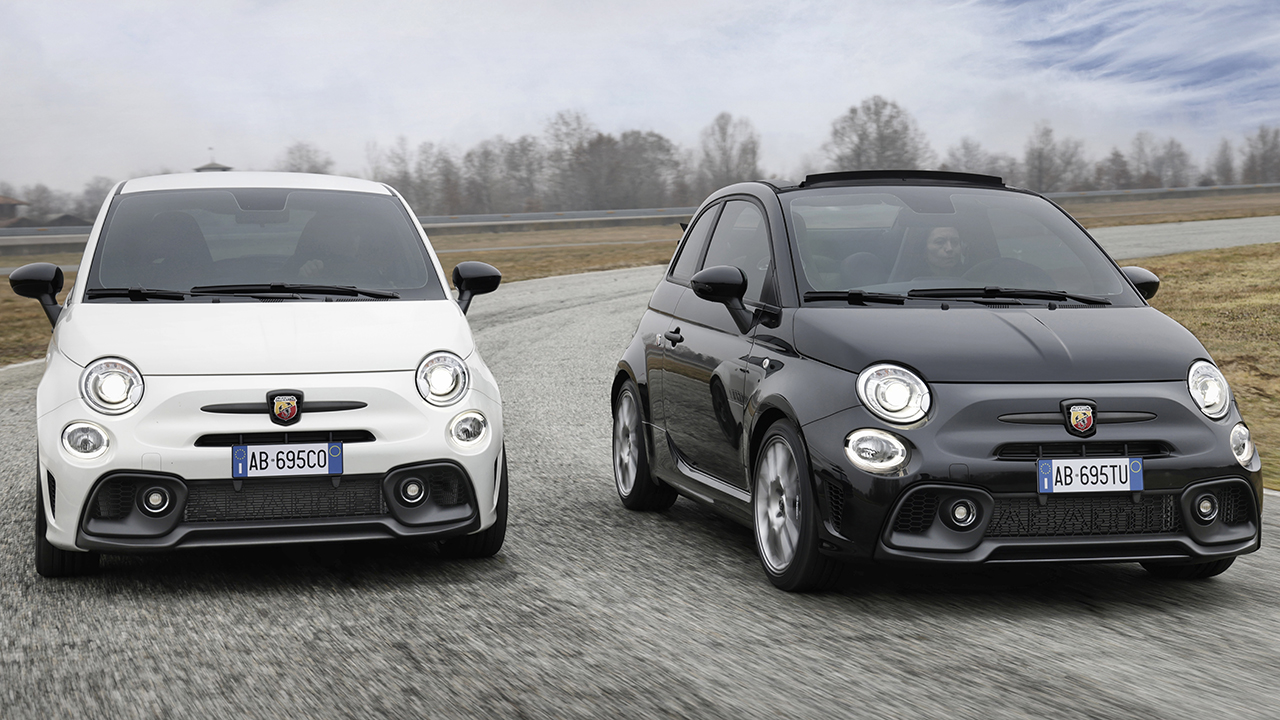 Abarth has officially presented the renewed offer of its iconic pocket sports car. The Abarth 595 debuts the 2022 range. It is made up of two models and a power range that reaches 180 hp in its most powerful and radical version. In addition, numerous customization packs are available.

the iconic brand Abarth
has presented in society the renewed range of its small and popular sports car. In the absence of a few weeks to celebrate its 73rd anniversary, the signature a scorpion by insignia has officially launched the 2022 range of the Abarth 595. An updated offer that, according to the company itself, pays homage to its founder Carlo Abarth (1908-1979).

The new 595 is available in two models and power levels. In addition, to offer an important range of configuration options, Abarth brings to the table a whole series of customization packages. The premise is clear. Offer a pocket sports car with up to 180 hp and a high level of exclusivity.

Abarth has structured the new range into two models, the Abarth 595 with 165 hp and, one step above, as a more powerful alternative, the Abarth 695 with 180 hp respectively. Let’s go into detail and make an extensive review of the main features of each of them as well as the optional packages available.

under the hood of new Abarth 595 There is a 1.4-liter T-Jet gasoline engine that develops a power of 165 hp. An engine associated with a manual gearbox, although optionally you can opt for a five-speed automatic transmission. It is capable of accelerating from 0 to 100 km/h in 7.3 seconds and reaching a top speed of 218 km/h.

Read:  13 models that will help you burn calories

Regarding the options, Abarth offers the Turismo and F595 packages for the new 595 range. We review below the main characteristics of each of these packages:

Regarding the new Abarth 695It is powered by a 1.4-litre T-Jet petrol engine with 180 hp and 250 Nm of maximum torque. A block that allows you to accelerate from 0 to 100 km/h in 6.7 seconds and reach a top speed of 225 km/h. The Koni FSD shock absorbers on both axles and the braking system signed by the Brembo brand is key in its set-up.

The most outstanding standard equipment of the new 695 consists, among other elements, of 17-inch alloy wheels, Record Monza exhaust system, Alcantara upholstery, multifunction steering wheel with a combination of carbon fiber and Alcantara and lever knob of changes in aluminum.

To the provision previously indicated we must add the optional customization packages that are available for the new 695. They are the Tourism and Competizione packages. We list below its most relevant characteristics: