The Mission of Dan Fallows, the Newey disciple who holds the fate of Aston Martin in his hands 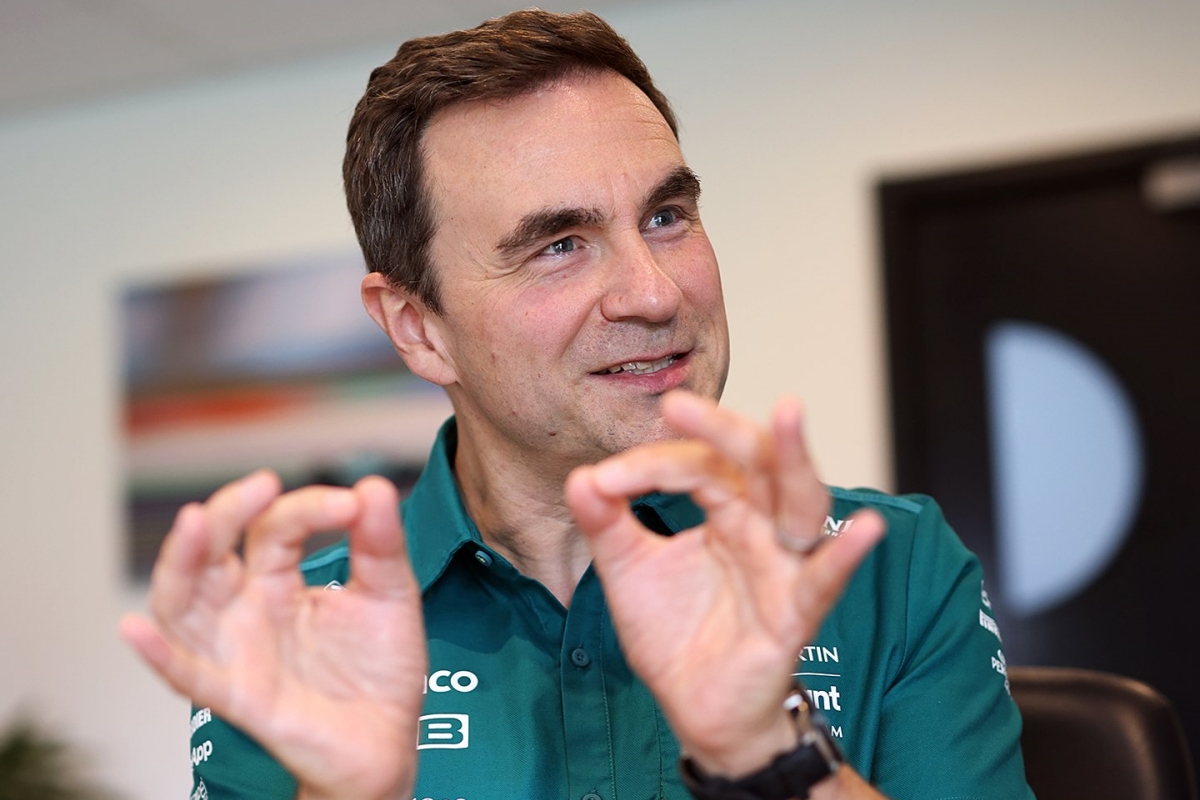 Coming from Red Bull Racing, Dan Fallows has been Aston Martin’s technical director for a few months and has it in his power to push the Silverstone-based team to where its name deserves. He so he plans to do it.

Aston-Martin He has made many famous signings in recent months in the hope of taking his project to the highest levels of Formula 1. But, as is becoming clear this year, it will not be easy.

As Aston Martin tries to escape penultimate position in the constructors’ championship, Dan Fallows works hard to create a solid foundation on which to build the new British brand team.

This British engineer who began his career in Formula 1 with Jaguar, has spent his entire career alongside what is considered by many to be the greatest genius in the history of competition: Adrian Newey. And now he must fly alone to complete The Aston Martin Mission.

“We think the AMR23 will be much more competitive than this year’s car. I’m sure we can take a big step forward.”

Index hide
1 a new challenge
2 The Aston Martin Shape
3 Adrian Newey’s Disciple
4 Aston Martin has what it takes to succeed
5 The Aston Martin AMR23 is going to be much more competitive
5.1 The victories will come, but when?
5.1.1 Aston Martin’s plan to contain a “demanding” Fernando Alonso

There is no doubt that Dan Fallows has accepted a major challenge after many years in the shadow of Adrian Newey as an aerodynamic engineer before becoming the director of the department.

Now how technical director and with all areas related to the design of the car in charge, the Briton wants to shine.

“I wanted a new challenge. The most rewarding moments of my career have been when a challenge has come my way and I have overcome it. However, it’s not just the challenge, it’s the opportunity to be a part of something that goes from modest to spectacular. There is great ambition in Aston Martin F1»he declared in an interview granted to the official website of the British team.

Ever since Lawrence Stroll took over Force India to become Racing Point and now Aston Martin, the Silverstone-based lineup has chosen to draw heavily on designs from Mercedes and Red Bull.

But Fallows seems to be clear that the only way to beat the big boys is to find your own way. «I accepted this challenge because I felt that things could be done differently. It’s not about doing things Red Bull style, Mercedes style or Ferrari style. It’s about finding a better way: the Aston Martin way. If you stay in the same place and you’re successful, you’ll keep doing the same thing, and that gets a little boring.”

“One of the most exciting parts of the Red Bull journey was when the team evolved from Jaguar. A small team with a very limited budget suddenly I had much more budget, more resources and more technical strength at the top of the organization,” he recalls.

“Seeing the team grow, being a part of that growth, being a part of the success, even making mistakes along the way and learning from them, was incredibly exciting. What is happening at Aston Martin F1 right now looks a lot like what happened at Red Bull then.”admits Fallows, who lived through the growth process of Red Bull Racing.

There is no doubt that having worked under Adrian Newey has allowed Dan Fallows to learn from the best, albeit also the most peculiar, Formula 1 designer.

“I learned a lot from Adrian Newey. We all know how talented he is as a designer, but what people who haven’t worked with him don’t appreciate is how unassuming he is from a technical perspective: there’s no technical arrogance in him. He has no problem abandoning an idea if evidence emerges to support a different approach,” says Fallows.

“Of course, you believe in your ideas and what you think is correct, but if something or someone presents evidence that proves that a different idea is better, you should never be afraid to change course and do things differently: that is the key to what we learned from Adrian”, he reiterates.

Aston Martin has what it takes to succeed

One of the biggest problems with rapidly growing teams is that they become more like a business than a team. In Formula 1, large corporations such as BMW, Toyota or Honda have failed because they were unable to be agile and effective in decision-making.

Read:  SpaceX will launch the Crew-5 mission with four astronauts to the International Space Station this Wednesday

“It’s been a fascinating journey so far. When a team grows significantly in a very short time, it can become unwieldy and departments don’t communicate with each other well. But the lines of communication are very simple and clear here – we need to make sure we don’t lose that.”says Fallows.

“The great quality of people we have at Aston Martin F1 has really impressed me. Engineering talent is at the level it should be: great ideas, very good creativity. What has been missing is a unified clarity of purpose, and that is what I hope to help bring about. It’s about having an eye on what you want to achieve on the track from the very beginning of the car design.”explains the one who wants to become the technical leader of Aston Martin.

“I have established how I wanted to be as a technical leader: how I would present myself; how I wanted people to perceive me; what kind of people I wanted around me; how he wanted the technical teams to work. When I came to Aston Martin F1, I had a clear idea of ​​how I wanted things to work.how the people of the team should interact with each other, communicate, etc».

“In the past, I have tried to empower people too much. Empowering people is the right way to manage, but you can empower someone so much that the freedom you’re giving them can quickly make them feel unsupported,” acknowledges Fallows.

“I want to give people space to make mistakes, so they’re not afraid to make mistakes and learn from them, but not so much that they feel free. I have learned that a little intervention, a guiding hand at the right time, it can put people at ease and ensure that they never feel that they have strayed too far from the right path”.

The Aston Martin AMR23 is going to be much more competitive

That’s how blunt Dan Fallows is when talking about the new car, admitting that this year’s car is hugely lacking in all areas.

“When I first saw the AMR22, it was clearly very different from the Red Bull philosophy.. Having worked on the Red Bull car in its early stages – about half of the aero development work had been done when I left – I have a pretty good idea of ​​what they’ve done and how they’ve approached things.

I wouldn’t go so far as to say I looked at the AMR22 and thought it wouldn’t be fast, but I did think it would be a challenge to achieve the kind of performance that Red Bull was going to achieve with their concept car. I was curious to see the thinking behind the AMR22 philosophy. But in fact, by the time I arrived, the team had already concluded that they needed to look at an alternative design solution. I had nothing to do with it at all. The update had already been designed before I arrived », he points out, knowing that there was suspicion around him after the so-called ‘green Red Bull’ was presented.

“We think the AMR23 will be much more competitive than this year’s car.. I am sure we can take a big step forward. Because when I look around the car, there are areas for improvement absolutely everywhere. I mean, we have literally hundreds of projects going on right now.”

“In the aerodynamics department, in the design office, in R&D, throughout the team, people are finding improvements. Whether it’s weight improvements, stiffness improvements, improved rider controls, better aerodynamics, a more stable platform: everything will bring performance to the car»says Fallows.

The victories will come, but when?

Dan Fallows has been very clear in stating that the car of 2023 will be much better than the current one. But how much better?

“We are incredibly ambitious in shortening the time frames to get to where we want to be, but there is a big difference between becoming the leading team in the middle of the grid and fight seriously to win races and championships»recognize.

“It’s something that will take years to achieve, so we have to be realistic about expectations for the next two years. We all know what we have to do to get to the topBut it will take time.”

Will Aston Martin complete The Mission before Alpine successfully executes The Plan?