Bullfrag
Home Uncategorized The good and bad of TitkTok for advertisers 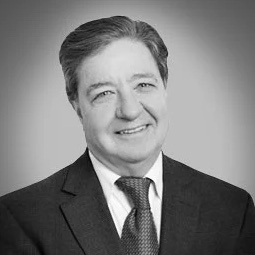 We must take into account that TikTok this last year became the revelation application, since due to its ease of organic and viral growth, brands and companies saw this as a great opportunity to grow their presence in new market niches.

Tiktok officially opened to paid ads more than a year ago, but many companies have stayed on the sidelines, ranking as the least trusted social network, behind Instagram, YouTube, Google, and Facebook, although trust is growing, from according to a survey of more than 900 marketing professionals, conducted by Kantar.

Fighting against these situations and labels, TikTok is trying to position itself as one more advertising space, a situation that is costing it work, not only for the aforementioned.

Regardless of their fame, many advertisers hesitate to insert their brand on Tiktok due to three other assumptions:

In its quest to turn its platform into a reliable and effective advertising space, Tiktok is taking initiatives to achieve this. A few days ago, it announced a good number of new features and partnerships, hoping to attract more advertisers to the app. One of its moves was to link up with Integral AD Science (IAD) in order to help guarantee its advertisers that their content appears in appropriate contexts.

According to IAD, it is a security tool that is integrated into the Tiktok AD platform, which uses proprietary frame-by-frame text, audio and text classification technology, specially designed to handle a high volume of videos. The goal is for advertisers to feel more confident in placing their content on TikTok’s For You page.

Beyond brand safety, TikTok implemented a number of tools to assist marketers in measuring the impact of their ads. To do this, it made another alliance with the company DoubleVerify, which focuses on the development of cutting-edge solutions for brands, advertisers, markets and publishers.

The new features come with the intention of Tiktok to gain more trust from marketers. According to a recent study by Kantar, advertisers see Tiktok as the most “innovative” platform, but less “trustworthy” compared to others such as YouTube, Google and Facebook.

On the other hand, according to a New York Times report, citing Emarketer data, Tiktok is on track to hit $ 1.3 billion in ad sales this year. The fast Virality is a feature of TikTok that comes in handy for both users and advertisers, although it is an issue that has caused problems for the platform such as the spread of misinformation about Covid vaccines.

But there are still naysayers who call Tiktok a brand security fiasco. “Conspiracy theories, misinformation and hatred are rampant on the platform,” says Claire Atkin, co-founder of the consultancy, CheckMyAds.

Tiktok, it doesn’t stop. It also announced that it reached one billion monthly users. It is a huge base that generates tons of trends for brands to join, so many that some get out of control, to the extent that the platform eliminates them. For example, the app recently banned the “Milk Box Challenge” because it caused injuries to those who tried it, and in Mexico, content related to drug cartels is being challenged.

TikTok is undoubtedly a controversial and questioned platform, however, its popularity, penetration and sustained growth cannot be doubted. The social network is adapting and reacting against its critics, trying to resolve their questions. In a short time we will see who is right, because all of the above does not prevent it from positioning itself as an appetizing space for brands.